Accessibility links
Okkervil River in Concert Propelled by the cryptic songwriting of frontman Will Sheff, Okkervil River makes dark, literate rock that's as explosive as it is intimate. Now on tour with one of the year's best albums, The Stage Names, Okkervil River visits Washington, D.C. for a full concert, originally webcast live on NPR.org. 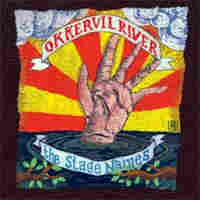 Download this concert in the All Songs Considered podcast. 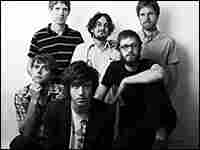 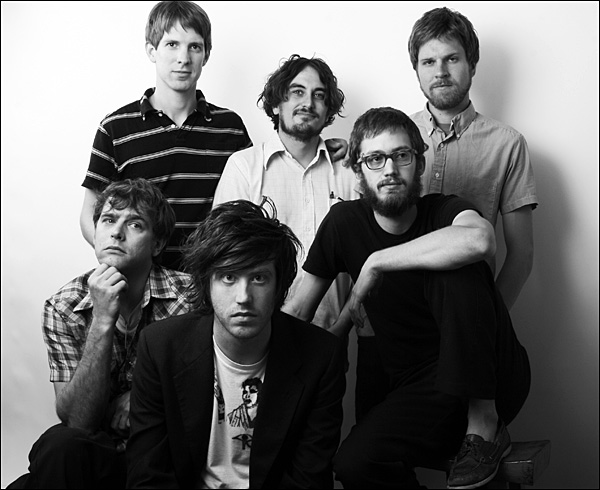 A King and A Queen

It Ends With A Fall

No Key, No Plan

A Girl In Port

Song of Our So-Called Friend

A Hand to Take Hold of the Scene

So Come Back, I Am Waiting

Our Life is Not A Movie, Or Maybe 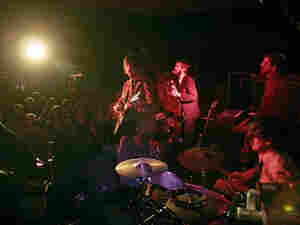 Propelled by the cryptic songwriting of frontman Will Sheff, the Austin band Okkervil River makes dark, literate rock that's as explosive as it is thoughtful and intimate. Now on tour in support of one of the year's best albums, The Stage Names, Okkervil River visits Washington, D.C. for a full concert. The performance was originally webcast live on NPR.org Sept. 30 from the Rock and Roll Hotel.

Okkervil River's The Stage Names is as theatrical as the title implies. A richly orchestrated, multilayered meditation on the meaning of popular art, how it's created and celebrity, the disc is brawnier than the band's previous work, but no less reflective. Sheff's voice sounds impressively ragged as he intermittently warbles and howls, in songs driven by head-spinning wordplay.

In an interview with NPR's Debbie Elliott, Sheff says, "I had a concept when I was working on the record that there were going to be biographies of real entertainers. [But] I kind of didn't want to make too clear that that was what they were about."

Sheff says The Stage Names reflects his own frustrations with trying to make it as an artist. "On these biography songs, there's this idea of, 'What do you do when you can't do what you love?' I've had moments, on tour for example, it was like 25 days in a row without a day off. And when I got back to America, the next day we had to go out on the American tour. And I had a real self-pitying moment where I was like, 'Man, I don't have a place to live because I can't afford to, because I go on tour all the time. How many relationships has this claimed? And here I am out here and I can't even do the thing that I gave up everything else to do.' You know, my sympathy goes out 100 percent to anybody who felt like their life was over.

"This is my favorite album we've done. I think of it as a message to myself, from myself, to keep going. And I also think of it as an expression of love and alliance with people who kept going even when they knew it was all over."