Accessibility links
Bill Littlefield Says Sports Really Are 'Only a Game' Author and NPR sports show host Bill Littlefield reminds his readers to remain calm while they watch and play sports. His new book is a collection of essays, articles and poems about everything from Major League Baseball, to women's soccer, to Alistair Cooke's love of games.

Listen
Bill Littlefield Says Sports Really Are 'Only a Game' 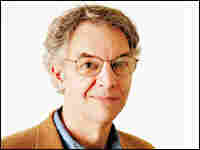 Author and NPR sports show host Bill Littlefield explains why we must remain calm when it comes to watching and playing sports. After all he says: it's only a game.

Littlefield gently reminds readers that between the winning and losing, there is something essential to learn from athletics about the human experience.

Littlefield's new book, Only a Game, is a collection of essays, articles and poems about everything from Major League Baseball, to women's soccer, to Alistair Cooke's love of games.

Excerpt: 'Only a Game' 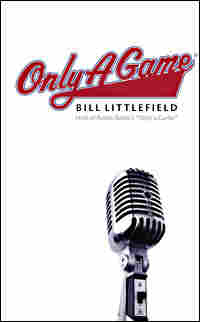 Suppose you could be anyone, within the world of sports ...

A superstar in any game, a person with all sorts

Of money coming in, not only just from what you do,

But from the shoes you wear and from the drink

But I digress. If you could star in any of our games,

Would you elect to do so? Look, I won't be naming names,

But people at the top of any game have problems, too ...

Each time they leave their houses — "houses," plural, they have lots,

And all of them — those houses — are in preferential spots.

But if you have no privacy unless you fly your plane

To some secluded island that you own, well, that's insane.

So I would not be anyone who's so completely known

That he or she could not be sure to ever be alone.

Still, wouldn't it be fun to be so good at what you do

That when you do it, people gasp and shake their heads? It's true

That hitters, shooters, golfers, skaters when they are the best

Supply our need to know that somehow high above the rest

Float wonders that can lift us past the dross of all of that.

Or are you, fin'ly, happier with being what you are?

It strikes me, as I ask the question, it's a silly thought ...

To be as large as they've become in our collective dreams.

They've all been working too hard to look up, perhaps. It seems

That stardom, when it comes, must have surprised at least a few

Of those who have attained it. Huh. I wonder if that's true?

Well, this one's gone astray, I guess, as musings often will,

Especially the ones that muse upon the living thrill

That athletes can embody when they triumph while we watch

And also on the cost that we demand those athletes pay

As they, in their brief moments, work at what we still call play.

I'll watch the ballgame if the center fielder mows my lawn,

And if the shortstop feeds my daughter's mouse when we are gone ...

And maybe if the bullpen guys have time enough to do it,

They'd wash the picture window so that then we can see through it.

I'll care about the draft the nba's about to run

If two or three tall guys can clean our gutters. When they're done,

They might wash off the ceiling in the shower. What the heck?

Each time I do it, man, I wake up with the stiffest neck

I've ever had since last I did the job, and who needs those?

Meanwhile, I'll go see hockey if the whistle ever blows,

When several Rangers and a Maple Leaf or L.A. King

Come over with a tamper and some cold pack. Here's the thing ...

My driveway's got these holes. They're getting bigger all the time.

A wheel goes in, I might not get back out, so where's the crime

In asking if some hockey players might put in some patches?

And while they're on the job, there are some small but ugly scratches

Across the Camry's door. A little touch-up paint, we're good.

Now you may feel I'm out of bounds, and that I never should

Expect more from the players than they're all paid to provide:

From starting pitch to final out or long, last-second shot,

Obliged to earn my loyalty by any other means,

But lately life's been crowding in, so if the sticky screens

That prob'ly need replacing could be dealt with by an end

Or quarterback or safety, then those guys would have a friend

In me. I'd buy a ticket, paint my face, and scream and cheer,

A stadium or even a tv when games are going.

In fact, at times when normally the tube would be a'glowing

With baseball or with basketball or football or such stuff,

I might be doing laundry, which, is not exactly tough:

A tennis pro could do it, or a golfer, it's a cinch.

The guys who drive in nascar could all manage in a pinch.

I know the athletes are supposed to have me all inspired,

But, heck, sometimes by Saturday, these jobs have got me tired,

And though the athlete's mission is to bear my childlike dreams,

Right now I'd take some less dramatic "bearing." If that seems

Irrational and silly, well, I've no time to debate.

I said I'd pick the kids up, and I think I'm running late. 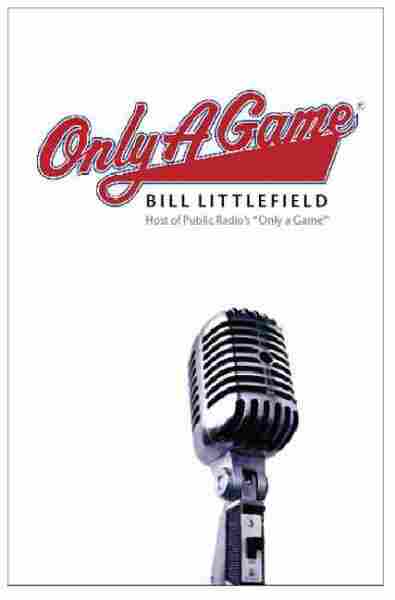