Accessibility links
Reclusive Philanthropist Steps into Spotlight Once hailed as one of the richest men alive, Chuck Feeney transferred his billions to a foundation, which is giving it all away. The reclusive founder of the world's largest duty-free retail chain flew under the radar for years. But at 76, he's stepping into the spotlight.

Like most people, Chuck Feeney takes the subway, rides cabs, buys clothes off the rack and flies coach.

But this seemingly ordinary man is one of the most generous — and secretive — philanthropists today.

Once hailed by Forbes magazine as the 23rd richest man alive, with assets in the billions, Feeney transferred all of his wealth in 1987 to his foundation, The Atlantic Philanthropies. Atlantic, which has around $4 billion in assets, gives away about $350 million a year.

Born in New Jersey to a blue-collar Irish-American family, Feeney made his fortune as founder of Duty Free Shoppers, the world's largest duty-free retail chain. But he worked hard to disguise his fortune and his giving: He stayed out of the news, gave anonymously and even established Atlantic in Bermuda, to avoid disclosures required in the United States.

But today, Feeney is coming out of the shadows by cooperating in a new biography, The Billionaire Who Wasn't: How Chuck Feeney Secretly Made and Gave Away a Fortune, by Conor O'Clery.

In his first radio interview, Feeney tells guest host James Hattori that his foundation is also taking on a more public role after it became "synonymous with anonymous." At 76, Feeney says the time felt right to share his story.

"It's a time and tide thing. I'm not getting any younger, and I thought there would be some advantage to talking about giving while living," he says.

Feeney doesn't consider himself cheap, just frugal. He says he respects money and hates to see it wasted — values that he instilled in his five children early on.

Feeney's greatest satisfaction comes from seeing his foundation's money going to work around the world. On a recent trip to Vietnam, where Atlantic was supporting Operation Smile, a Va.-based charity that performs free surgery for children with facial deformities, Feeney saw firsthand how using money for good changes lives.

"I watched a little girl cover her face up and leave her hands in front of her mouth," Feeney recalls. "I saw that girl after surgery, and she was smiling ... that's a great source of satisfaction."

Atlantic does not accept proposals, but rather chooses its own projects. So far, its funds have reached disadvantaged people in Ireland, Australia and South Africa, among other countries. Feeney says he's determined to see the foundation give away its entire endowment before he dies.

Excerpt: 'The Billionaire Who Wasn't' 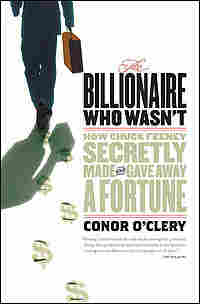 The newspaper splashed the story as its lead the next day under the headline "He Gave Away $600 Million and No One Knew." Judith Miller's 1,800-word report was hugely positive. It described how over the previous fifteen years, the businessman from New Jersey had given immense sums to universities, medical centers, and other beneficiaries—but with such secrecy that "most recipients never learned who their benefactor was." The donor, Charles F. Feeney, covered his tracks so well, she reported, that business magazines had for years estimated his net worth in billions, not realizing he had given everything away. Her story went on to quote several beneficiaries who had been released for the occasion from their vows of secrecy and were effusive in their praise for his style of giving, and what it had enabled them to do.

Although prepared to talk to the New York Times, Feeney still did not consent to his picture being taken. He was happy that the only photograph the paper could find of him was taken when he was seventeen years younger.

The carefully planned unveiling operation did not go entirely smoothly. Jim Dwyer of the New York Daily News also had the story that day. "He got a leak. He was all over me on the phone," remembered Dale, who refused to take his calls. Dwyer, too, was extremely positive about Feeney. "I was intrigued by him," recalled the reporter, who had encountered Feeney in Ireland when writing about the peace process. "He is the opposite of the grotesque consumption and excess that has been coursing through American society for decades, where ostentatious wealth is not something to be ashamed of but flattered. He turned that extravagance on its head to defy all the lurid conventions of our society."

"Chuck Feeney," he wrote in the Daily News, "is what Donald Trump would be if he lived his entire existence backward."

When Feeney's sister Arlene called him from New Jersey to say he was on the front page of the New York Times, Chuck pretended to be surprised. She told him to go out and buy the newspaper "and not wait until it was in the public library in a few days' time." An old acquaintance called Feeney's office from Hawaii to sympathize with his secretary, thinking Feeney had died.

The day of the unveiling, Harvey Dale released a twenty-three-page statement to the media designed to allay any suspicions that locating the foundations in Bermuda was for shady purposes. He revealed that the board of Feeney's foundation was a blue-ribbon "who's who" from the American philanthropic and educational establishment.

Up to the mid-1990s, there had been only four directors, Chuck Feeney, Harvey Dale, Frank Mutch, and Cummings Zuill, but the board had been expanded after Mutch had warned, "It will look as if there really is some ulterior motive if it's just Chuck Feeney and two lawyers and a banker with all of this money." Sometime before the DFS sale, the Atlantic Foundation had recruited as directors Elizabeth McCormack, adviser to the Rockefeller family and vice chairman of the MacArthur Foundation; Christine V. Downton, a founding partner of Pareto Partners in the United Kingdom and a governor of the London School of Economics and of Kingston University;

Fritz Schwarz, chairman of several prestigious bodies, and Feeney's lead attorney during the battle over DFS; Frank Rhodes, who had stepped down as president of Cornell; and Michael Sovern, president emeritus of Columbia University.

The statement also disclosed that of the $610 million paid out in 1,500 grants since 1982, $291 million had gone to higher education, $89 million to children and youth, $48 million to the nonprofit sector, and $23.5 million to aging and health. Another $148 million had been given to overseas charities.

The single biggest beneficiary was Cornell University. The document listed twenty-seven "representative" grant recipients who had been authorized to confirm that they had received funding for worthy projects. It said Price Waterhouse would assure reporters that they had certified the accounts of the Atlantic Foundation and the Atlantic Trust throughout the years they had operated in secrecy.

Harvey Dale's chief of staff, Chris Pendry, simultaneously sent "blast faxes" to the hundreds of beneficiaries who had previously been told only that the money came from a New York consulting firm that acted for a number of anonymous donors. They were informed now that this had been a fiction. There was really only one anonymous donor, Chuck Feeney.

Published by PublicAffairs. All rights reserved. 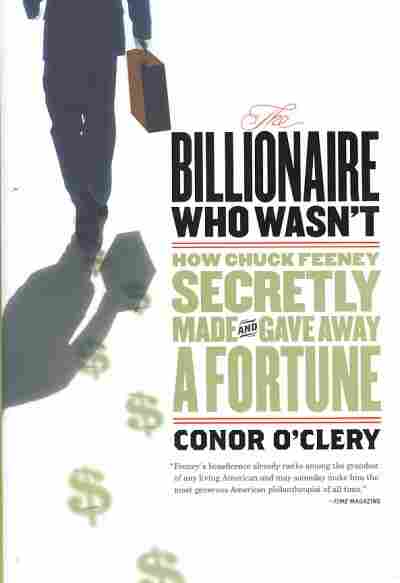 The Billionaire Who Wasn't

How Chuck Feeney Secretly Made and Gave Away a Fortune