Accessibility links
Japanese Tribute Band Parrots The Beatles The Parrots are the Japanese version of The Beatles, and almost everything about them references the band, including their clothes, the venue they play, and their accents. 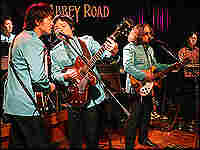 The Abbey Road Live House, a Tokyo club, pays tribute to The Beatles. Five nights a week, Beatles covers are performed by the club's most popular band, The Parrots. Courtesy The Parrots hide caption 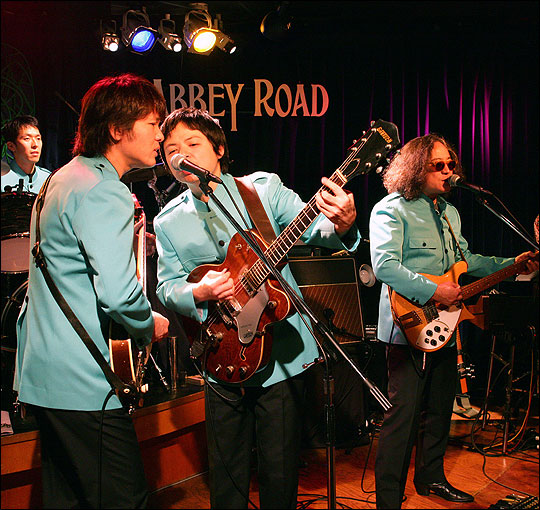 The Abbey Road Live House, a Tokyo club, pays tribute to The Beatles. Five nights a week, Beatles covers are performed by the club's most popular band, The Parrots. 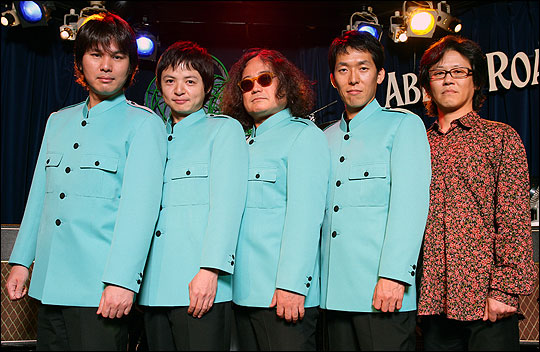 One of the unique aspects of Japan's lively pop music scene is the enduring popularity of so-called tribute bands. There are Rolling Stones impersonators and David Bowie clones. It's often cited, but hard to confirm that there are 500 Japanese Elvis impersonators.

There's also a local version of John, Paul, George and Ringo that has become a peculiar Tokyo institution.

The group plays at the Abbey Road Live House, a club on a small street and down a flight of stairs — just like the Cavern, the club where The Beatles got their start. But this isn't Liverpool. This is Roppongi, a pulsating epicenter of Tokyo nightlife, packed with clubs, bars and restaurants.

At Abbey Road, the walls are adorned with Beatles memorabilia, and Beatles videos play on the big TV screen. The club was established in 1996 and its main house band — The Parrots — has since brought it fame.

With his sunglasses and long hair, Parrots founder Mamori Yoshii looks like a chunky, Asian version of John Lennon. He doesn't speak much English, but he sings with a pretty convincing Liverpudlian Scouse accent.

"I heard The Beatles for the first time in 1963 when I was 8 years old," Yoshii says. "I didn't know what it was about and I didn't understand the English words at all, but I was singing along with the records."

Yoshii and his bandmates — Takeshi Noguchi (Paul), Akihiro Matsuyama (George), Teruyuki Matsuzaki (Ringo) and Fumiya Matsuyama (on keyboards) — sing popular Beatles songs, such as "You Can Drive My Car" and "Help." The audience of graying salesmen and twenty-somethings groove to the sounds of The Parrots.

Fame for Their Imitation

Five nights a week, The Parrots take requests from the audience. They can play more than 200 songs, pretty much the entire Beatles' repertoire.

One of the club regulars is engineering student Jumpei Shigeru.

"They're great. I think they are one of the best Beatles tribute bands ... in Japan, of course," Shigeru says. "They are quite famous in other areas also. They just played in the U.K."

The Parrots were the first Asian band to have been invited to Beatles conventions — and they've now been to Liverpool six times.

This summer, the British band Arctic Monkeys invited The Parrots to join them at their gigs in Manchester, England.

"I know I'm so far from John, and my personality is completely different from his. John is always above everything," Yoshii says. "I want to become closer to him. I'll always love him, but I can never reach him."

More Than a Cover Band

Visitors may look at The Parrots and see a quirky sort of Beatlemania. But to many Japanese, it's more like Parrot-mania.

The band introduced some audience members to The Beatles.

For their 10th anniversary, The Parrots, with a deal from Sony Records, put out their own album of live Beatles covers.

One wonders why tribute bands are such a big deal here. Many Japanese will offer the conventional wisdom that they are a nation of expert imitators who excel at reverse-engineering cars, electronics and pop music.

But some Japanese say the cover bands are more than just clones. They say the imitation is done in a tradition that focuses on craftsmanship and attention to detail. It takes a keen eye for fashion and style, and a knack for assimilating cultural imports. It's really just taking something you love and making it yours.