Accessibility links
Fear of the Dark: A Favorite Novel Goes Hollywood A childhood love of The Dark Is Rising sequence of books followed Alison MacAdam into adulthood. On the eve of the release of the movie version, she fears the big screen will steal away her private, imaginative experience.

Fear of the Dark: A Favorite Novel Goes Hollywood

Fear of the Dark: A Favorite Novel Goes Hollywood 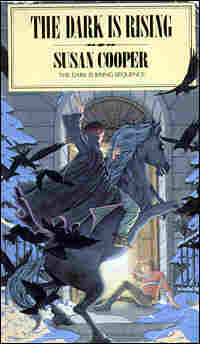 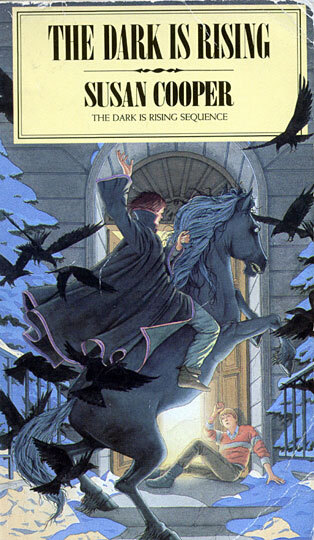 When I was 11 years old and on a family vacation in Britain, my mother bought me one of the novels from Susan Cooper's The Dark Is Rising sequence at an Oxford bookstore. We drove into Scotland, snaking along hedge-lined roads, and boarded a ferry to Mull. The island offered little recreation, just hikes across sodden hills — us and the Highland cattle. And so I read.

At night, in the gray stone house we rented in the port town of Tobermory, I hid under my sheets and devoured Cooper's novel. Strange noises terrified me up in that ancient attic. As long as I kept the light on and the book open, I kept the Scottish ghosts away.

Susan Cooper's The Dark Is Rising sequence was just as magical and eerie as my surroundings. Her five-part story of five English children who must defeat the Dark became my own private fantasy. Their adventures were my adventures.

As I grew up, every several years I would re-read the books. They're written with such grace and humanity that they never seemed to get old. Or better put, I never seemed to grow too old for them. As I abandoned other novels from my youth in dusty bookshelves, in old rooms I no longer occupied, I continued to carry The Dark Is Rising books with me. Every once in a while I just need to disappear into them again, when the pressures of adulthood become too great.

Love of a book breeds an irrational sense of ownership: That book is mine. The way I picture it is how it is. And so I worry about the soon-to-be-released film version of The Dark Is Rising. I fear the big screen will steal away my private, imaginative experience. Movies place images in your mind, where you once created your own. How many kids reading Harry Potter today can resist seeing the young wizard as actor Daniel Radcliffe? How many movie-goers who first encountered The Lord of the Rings at the multiplex can now picture their own Mordor? And it's already clear from the movie trailer that Will Stanton, Cooper's 11-year-old British hero, is a vastly rewritten character, an American 13-year-old consumed with his crush on a girl and uttering unmagical, un-Cooper-like words such as "Awesome!"

I'm afraid the movie will steal future readers, too. Often films can reintroduce books to a new audience. That happened with The Lord of the Rings, which hit the bestseller lists when the movies came out. But it's pretty clear The Dark Is Rising was not adapted with such reverence for the books. The director has said in interviews that he had never read The Dark Is Rising before the movie project, and the filmmakers have said the story had to be changed to appeal to kids today. Perhaps the filmmakers didn't fear cries of betrayal from loyal readers as powerful as Middle Earth devotees (can you imagine the outrage if the film-adapted Frodo Baggins hailed from some place other than the Shire?).

Sure, I hope the movie will lead new readers to Cooper's books. But I fear an opposite scenario: that it will be so unrecognizable from the original story that it won't drive kids to Cooper's novels; it will replace the novels. As if to confirm my fears, I got word one week — one week! — before the film's release on Oct. 5 that its name had been changed. Not that the strangely-punctuated The Seeker: The Dark Is Rising had struck me as a winner, but now the filmmakers have erased The Dark Is Rising altogether: The film will hit theaters as simply The Seeker.

I can't decide whether my favorite stories in the world are being snatched from my hands and twisted into the superficial merchandise of Hollywood ... or are finally being offered to the larger audience they deserve. I won't be a snob about it. I will go see the movie. But when it's over, I will try erase it all — the characters, the setting, the effects — from my mind, and let my own Dark Is Rising flow back in.

Alison MacAdam is a producer with All Things Considered.