Accessibility links
Comedian Serious about Mexican-American Art Most often associated with his role in "Cheech and Chong" — the irreverent comedy duo of the 70s and early 80s — today, Richard "Cheech" Marin is one of the world's foremost collectors of Mexican-American artwork. 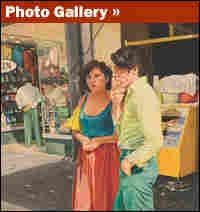 See images from Papel Chicano, an exhibition of work by Mexican-American artists from the collection of Cheech Marin.
"Couple in Downtown L.A."
by John Valadez, 1984 hide caption 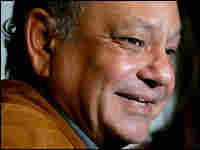 Comedian and actor Richard "Cheech" Marin is most often associated with his role in "Cheech and Chong" — the irreverent comedy duo of the 70s and early 80s. Yet today, Marin is making his mark as one of the world's foremost collectors of artwork by Mexican-American artists.

A third-generation Mexican American, Marin has amassed a sizable private collection of work depicting Mexican-American, or, as Marin says, "Chicano" culture. The images capture scenes of culture and daily life as seen though the eyes of Mexican-American artists.

"Being a Chicano in Hollywood," Marin said in a 2002 interview, "my experience is that you're not given credit for any sophistication ... You're just kind of some guy that just crossed the border, you know, on the back of a truck and that's it."

Marin's hope is that his collection will help viewers appreciate the sophistication and diversity of Mexican-American culture.

An exhibition of the artwork from Marin's collection, Papel Chicano, is currently traveling across the country. 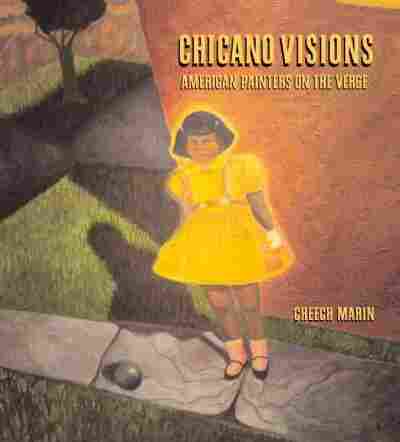 American Painters on the Verge