Accessibility links
Sputnik in Space and Song The launch of the Soviet satellite Sputnik 50 years ago this week marked the dawn of the space age — and sparked songwriters' imaginations.

Listen
Sputnik in Space and Song 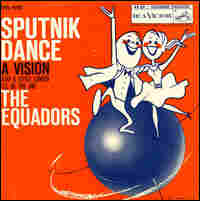 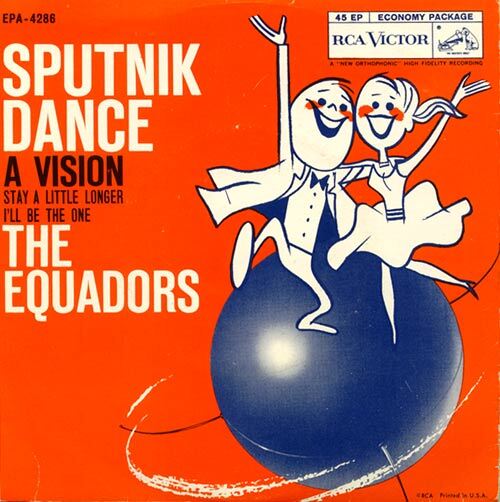 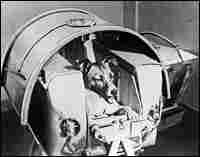 Laika, the first living creature sent into space, died aboard Sputnik II in November 1957. The Soviet dog inspired the song "Sputniks and Mutniks" by Ray Anderson and the Homefolks. OFF/AFP/Getty Images hide caption 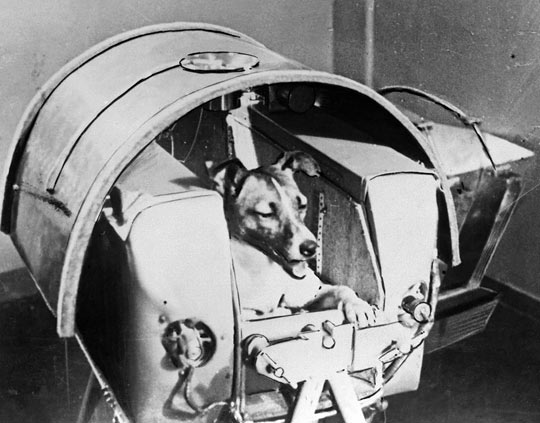 Laika, the first living creature sent into space, died aboard Sputnik II in November 1957. The Soviet dog inspired the song "Sputniks and Mutniks" by Ray Anderson and the Homefolks.

A selection of songs from the launch of the space age.

The launch of the Soviet satellite Sputnik 50 years ago this week marked the dawn of the space age — and sparked songwriters' imaginations.

When David Hoffman was doing research for his documentary Sputnik Mania, he says he came across dozens of songs that were much lighter than the general mood at the time.

"When Sputnik hit, and all the fear, people going underground and fallout shelters, kind of the end of the world mixed with the beep, beep, beep of the satellite, it touched off American pop culture at its best," Hoffman says.

Especially music. At the time Sputnik launched, Jerry Engler was living in Rochester, N.Y., and working for Kodak. He was also something of a local celebrity with his rockabilly music. He says that while a lot of people were fearful of Russian spacecraft, he was excited.

"I happened to read in the paper, when it did go up, this reporter said that we should be celebrating it and somebody should write a song about it," Engler says.

So Engler went to work. He wrote "Sputnik," a song about a trip he and his girl would take together in outer space.

Sputnik inspired all kinds of songwriters.

"You have the rockabilly artists who are essentially having a great deal of fun and basically swapping out hot rods for spacecraft," says Bill Geerhart, who runs a Web site and the Atomic Platters record label, both devoted to Cold War music. "And then you have the country songs which are by and large very nationalistic and, in some cases, paranoid."

Geerhart points to a song by Ray Anderson and the Home Folks called "Sputniks and Mutniks," referring to the dog Laika, the Russians also famously sent into space.

And many were scared of what the Russians might launch next and that the U.S. was falling behind in the space race. But some songwriters took a just-you-wait attitude toward the Russians, like "Satellite Baby" by blues pianist Roosevelt Sykes:

Now, listen Mr. Khrushchev, I heard a lot of talk
About the satellite and missiles and the president's fault
You'd better listen to what I got to say
The things I'm gonna tell you, are gonna make your hair turn gray
I got a satellite baby with a red hot style that's new
Well, she got more speed than Sputnik No. 2.