Accessibility links
One Woman's Struggle with Her 17 Personalities Psychiatrist Richard Baer, author of Switching Time, tells the story of a patient who found herself experiencing multiple personalities — 17 in all. Each of the personalities revealed aspects of the patient's frightening and abusive childhood, Baer says.

Listen
One Woman's Struggle with Her 17 Personalities

One Woman's Struggle with Her 17 Personalities 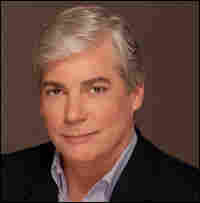 Psychiatrist Richard Baer, author of Switching Time, tells the story of a patient who found herself experiencing multiple personalities — 17 in all.

Over the years, Baer was introduced to the patient's different personalities; they were male, female, children and young adults — and each revealed aspects of the patient's frightening and abusive childhood, Baer says. 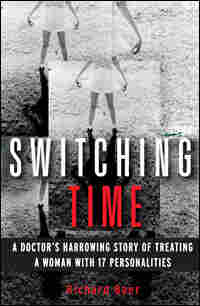 When Karen returns, her hands are trembling. She's dressed as before; she has on different clothes, but the drab, tidy impression is the same. Her forehead is creased with lines down the middle. She shifts in her chair and looks at me; her eyes are sad.

"I can't sleep... at night," she says softly, tentatively, beginning a litany of complaints that I'm familiar with from our last two sessions.

"Do you think about hurting yourself?" I ask. Anyone who's this depressed and helpless must think about it. Karen starts to cry a little.

"Occasionally I think about killing myself," she says, but quickly adds, "I don't think I'd really do anything."

As I listen to her talk about the things that weigh on her but that she makes no effort to rid herself of, I feel my irritation with her grow. She talks in a reluctant monotone and resists my interruptions, and when I make a suggestion, she nods dutifully but goes right on as if I'd said nothing. I feel as if, in her passive way, she's walking all over me. She seems determined to wallow and rut around in these self-defeating emotions. In my own mind, I try to separate the symptoms of her major depressive episode from her passive, self-defeating personality traits. I want to focus on treating the depression, which should be a short-term task. I don't really want to intervene with the personality traits; they're a very long-term task. I feel she's benefiting from the medication, but her response to it has been modest. I triple her dose from her original starting dose and ask her to return in a month.

Karen is my last patient of the day, and I'm eager to get home. I have a wife, a four-year-old son, and an eight-month-old baby girl waiting for me there. After a day of listening to people's problems, I know it will raise my spirits to see them.

Four weeks later I go to the waiting room and look for Karen, but she's not there. I return to my office and scan the notes I'd made during her previous visits. It's my routine, when a patient comes in for their appointment, to review the notes I made from our last session to remind myself of the course of their thoughts and emotions. Patients always pick up where they left off, perhaps not in the subject matter, but always in the trail of their emotional associations. Though the topics may change, the thread of their emotions will be the same or, hopefully, show some progress.

At first, while sitting and waiting for Karen to arrive, I begin to wonder why she might be arriving late. Had I touched on some sensitive topic or trait that she might be reluctant to explore in herself? Is she afraid of getting close to me, and so by being late, is trying to dilute the therapeutic encounter by decreasing the minutes we'll spend together? After ten minutes, I go out and look for her again; she's still not there.

As the minutes tick by, it dawns on me she isn't late — she's missed the session altogether. Karen has been difficult to help, so I look over my notes again to try to find some clue why she didn't return. As I read over what she told me and as I recall my feelings about her, it's easy to see the several ways I failed to understand her and empathize with her. Sometimes I get lost in the details of a person's life, and my own reactions to them, and I lose track of the big picture. I see now that she was trying to please me by taking medication she didn't think was working for her, and that I was feeling irritation she wasn't getting better, and thought the way she was acting was wrong. Clearly, my irritation had prevented me from really listening to her, with the result being she'd decided I couldn't help her.

In thinking about my failure, I reflect on the tendency of depressed patients to make psychiatrists feel anxious. Behind every burst of a therapist's annoyance is an anxiety. But anxiety about what? That the depression will be contagious. And it is. When you sit with a depressed person, you feel you're being fed upon: that they're sucking the life out of you, and it makes you depressed, too. That was my problem with Karen and why it was hard to sit with her. Over the years I've worked with many, many depressed patients, but none got to me the way Karen did.

About a month later, my secretary tells me she's received three checks from Karen, one for each session. Each check bounces. She calls Karen to say she has to bring the payment in cash. Karen finally does. If she is trying to engender anger in her psychiatrist, she knows how to go about it.

Another three months pass, it's a balmy spring day in late May, and I see Karen's name on my list of patients for the afternoon. When she comes in, she looks unchanged, dressed in dark slacks and a short- sleeve faded green top, trembling a little, and as depressed as before. I ask her why she stopped coming. She says she was afraid to come back because of the bounced checks. She was reluctant to submit my bills to her husband's insurer, because she feared everyone at his work would know she was coming here.

I think her explanation is just a rationalization for the underlying emotional uncertainty she had about me — that she's come back to give me a second chance. I hope to use it wisely. I reassure her and discuss the rules of confidentiality companies need to follow, pointing out that people at her husband's work won't know she's seeing me. She resists using the insurance, but is worried about keeping up with my bill, so I suggest we start again by meeting once a month. She is relieved and agrees. The problem is, I worry that a half hour once a month will not be enough time to locate and treat what is ailing her.

When Karen comes in next, on June 19, I remind myself to focus and try to empathize with her hopelessness and helplessness, and really understand her, no matter how much her manner pushes me away. I resolve to do better.

"I don't know what to do, Dr. Baer. I feel so shaky and down." She pouts her lower lip, and it trembles. "I don't even want to live anymore." I ask pointed questions aimed at coaxing out of her some specifics. After a few minutes of teeth pulling on my part, she seems to gather herself.

"I have more problems with my husband than I told you." 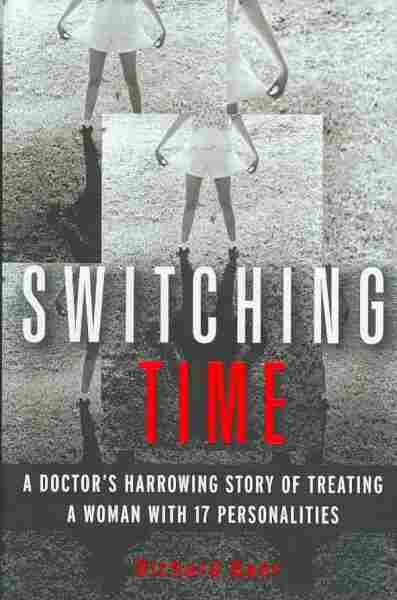 A Doctor's Harrowing Story of Treating a Woman with 17 Personalities