Accessibility links
'Song for Night' Highlights Hope, Despair Nigerian author Chris Abani's new book, Song for Night, depicts a child soldier's turbulent life while at war. "My Luck" is the main character of his novella set during Liberia's long civil war. My Luck is mute. Abani details the horrors of war and the desperate poverty that are part of a child soldier's life.

Nigerian author Chris Abani's new book, Song for Night, depicts a child soldier's turbulent life while at war. "My Luck" is the main character of his novella set during Liberia's long civil war. My Luck is mute. Abani details the horrors of war and the desperate poverty that are part of a child soldier's life.

We just heard from Jacob Massaquoi, who told us about his experiences as a young man during Liberia's long civil war. Now, a story about another young person caught up in war. Joining me now is Nigerian author Chris Abani. Abani has won critical acclaim for his fearless rendering of the lives of young men and women caught up in the awful circumstances caused by war and desperate poverty. His newest book, a novella, is called "Song for Night." It tells the story of a child soldier. He joins us from NPR West in Culver City, California.

Mr. Abani, welcome. Thank you for speaking with us.

MARTIN: All right, Chris. The book is heartbreaking to read. It's a story about a 15-year-old child soldier named My Luck who is mute, his vocal chords having been cut. And while you fill in the rest. There are so many twists to the plot I don't want to give away…

MARTIN: …something that you might feel is very precious.

Prof. ABANI: Well, yeah, My Luck is a young 15-year-old mine diffuser. And his job with the rest of his platoon, who are all about the same age, is to go through all the territory that the enemy have been over to locate and diffuse land mines. And in the novel, he's been separated from his platoon. And so, really, the novella is his journey to reunite with his platoon, but the novella - I don't call it a novel - works on two levels. One is sort of that immediate physical journey, and then there's another spiritual and emotional journey of memory. So that's recuperating his humanity through this journey.

Prof. ABANI: Well, yeah. Well, when I was doing some research on mine diffusers - and this was sort of across the globe in different places - I came across this little notation somewhere that someone had made that sometimes these kids - that when they would be diffusing the mines, some of them would accidentally set off a mine, and in the explosion, they would scream and startle the other kids who would shatter through minefield. So the idea was that their vocal chords were cut so that they couldn't scream and startle the others and destroy valuable assets, as it were.

MARTIN: Is there any particular conflict in mind that you are setting this story in, or is it meant to be not nation-specific?

Prof. ABANI: It's meant to be not nation-specific. It is region-specific. It's West Africa. I was born just as the Nigeria Biafran Civil War was beginning. And there'd been countless wars in that one little region, like the areas (unintelligible). I sort of thought it was a sad commentary on the region of the world where I come from that you could throw a war literally anywhere in West Africa, and it can stick.

And so it's not that, but it's also because the book is more about the interior spiritual life of this child and how we, as people, are able to recuperate our humanity in sort of the most difficult circumstances. You know, there's a - quote by Nietzsche that says that if we have why to live in, then we can live under any kind of how. And that's really what the book is trying to do. So I wanted a book that would speak to young people and people everywhere about really what war does to young people and does to their psychology.

MARTIN: Can I ask you this, Mr. Abani?

MARTIN: It's my understanding that you had been a political prisoner in Nigeria, and I wondered whether you had experienced any of the things that you've written about in this book?

Prof. ABANI: No, not so much in this book. I laughed because that always comes up…

Prof. ABANI: …in an interview and I - you know, I grew up in a very strange context. I grew up biracial in a post-civil war country. I grew up playing in burned-out tanks with skeletons hanging from trees that we made - you know, with guns lying around, and cases where my cousin and I were playing catch with a live grenade that we didn't know was alive and he ended up losing his fingers when it exploded.

So I think it comes more from that and, you know, from of the journey - my mother had five - we were five young kids that she was trying to get out of Biafra and back into London, and our journey through that and almost not getting back on a plane to get out when they wanted to take my elder brother Mark, who was 9 at the time, and make him a child soldier. And my mother sort of standing between him and this army officer saying, you know, we either all go or none of us go, so kill me or let me take my children.

And I saw those remarkable ways in which women stand off guns and stand off, you know, violence to protect children. It kind of comes from sort of my mother's relationship to all of that. I do think that the prisoner history has obviously affects the way in which I understand the body in pain, but it's less the specific experiences.

MARTIN: What do you hope people will take away from reading this book?

Prof. ABANI: Well, the truth of - that my understanding of the world is that the most sublime things co-exist with the most devastating things in every context, in every culture, in every situation. And what transforms the world is not the denial of those things, but it's actually the recuperation of them, literally, through love. And not love in a sense of the Hallmark Card situation, but as a force that sort of ensures obligation. It's almost a primordial human nature, this compelling thing that makes us want to be better, that want to connect with other people, and that we can see how oftentimes that it's the transformation. It's the transfiguration of things that seem dead or ugly into things that can become beautiful and sublime that there is never despair. There's always only the subtle movements of hope through our lives.

Prof. ABANI: If I didn't, I wouldn't even be able to write these books. I completely - I'm an eternal optimist. I write poetry and I drink tea, what could be…

Prof. ABANI: …so I completely live in hope. I mean, there's no other place to live in.

MARTIN: I see. Author Chris Abani. His newest book is called "Song for Night." It's a fictional account of a teenage soldier in West Africa. He joined us from NPR West in Culver City, California.

Mr. Abani, thank you so much for speaking with us.

Prof. ABANI: Thank you, Michel, for having me. Thank you. 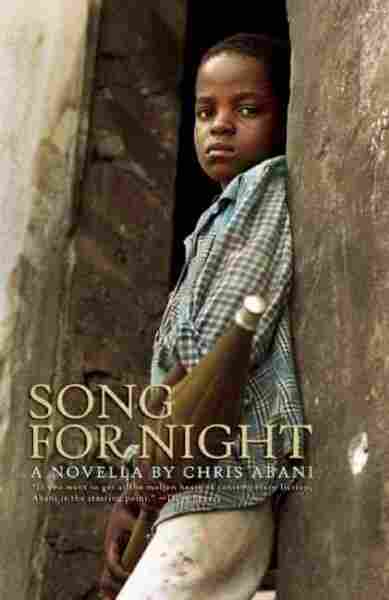