Accessibility links
Chris Matthews Discusses 'Life's a Campaign' Chris Matthews, host of MSNBC's Hardball, talks about his fascination with politics and his trademark style of rapid-fire questioning. Matthews has written a new book, Life's a Campaign: What Politics Has Taught Me about Friendship, Rivalry, Reputation and Success. 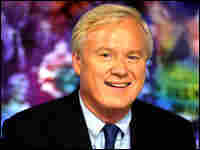 Chris Matthews, host of MSNBC's Hardball, talks about his fascination with politics and his trademark style of rapid-fire questioning.

Matthews' new book is called Life's a Campaign: What Politics Has Taught Me about Friendship, Rivalry, Reputation and Success. 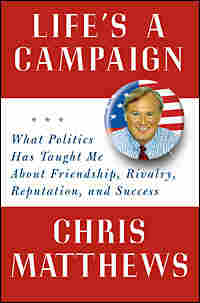 The premise of this book is straightforward: To get ahead in life you can learn a lot from those who get along for a living. Some of what I am going to tell you in this book is counterintuitive, and some is so obvious you'll feel like an idiot for not getting it before. Five nights a week I get to talk with the big shots of our society-the presidential candidates, the chieftains of business, the icons of popular culture-while I try to squeeze the truth out of all of them. The people who make the biggest impression on me and who've really taught me the tricks of getting ahead in life are the politicians. I know that goes against the grain, but so does the shrewdest advice I've grabbed from these guys.

This book is about success. It's everything I've learned about life in four decades of dealing up close and personal with the country's best politicians.

You can say what you want about these masters of power. They get people to vote for them, give money to their campaigns, trust them with their country. They possess this wondrous ability, I've discovered, to get other people to do just what they want them to do.

How? Because they know things. The best of these politicians have a sure grip on human nature. They leave it to the amateurs to believe how people are supposed to behave; they know the secrets of how people actually do.

They are good listeners. They know the deep human need to be paid attention to. "Did you ever try listening?" Bill Clinton told a fellow Rhodes scholar when asked his trick for getting the girls. It's the same advice he would give his wife. That "listening tour" of upstate New York made Hillary a United States senator.

Politicians are shameless when asking for things. Being Machiavellian, they know that the more a person gives to them, the more likely that person is to keep on giving.

They're upbeat. Ronald Reagan wasn't the first president to know the magic of optimism. Before he gave us "morning in America," John F. Kennedy gave us a "new frontier." Before him, Franklin Roosevelt declared that "happy days are here again." I realize that the notion of learning anything of value from politicians cuts against the current mood. But what these people can teach us about human nature is priceless: how to get a perfect stranger to like you, help you, root for your success; how to deal with rivals who want the same prize you're chasing; how to build a name for yourself; how to matter; and, for those who want to, how to lead.

This is not a book of political science. I wouldn't trust one that was. The ability to get along with people, life has taught me, is an art. Getting people to do what you want them to, I have further learned, is a fine art.

My business is watching and questioning politicians. I can't tell you how instructive their behavior is. You've seen me on Hardball in the past ten years questioning senators, governors, and congressmen. What you haven't seen is the four decades I've devoted to watching and listening to them when they don't think I'm doing it. For as long as I've been around them, I've been collecting stories about politicians, quietly distilling from them the traits that separate the professional from the amateur. It has equipped me with valuable lessons about life.

Political traits are in essence the ability to deal with people. I'm talking about basic likability, the readiness to listen, to project optimism, to ask for help, to display good cheer in the face of opposition. To learn the traits of the best practitioners is to acquire a treasure chest of ways to persuade and influence people.

So much of life is persuasion, getting people to do what we want them to. We want a child to play by the rules, a boss to appreciate us, our colleagues to see our point of view. We want the person we love to love us back. We prefer friends but we end up facing rivals. We have dreams and we want help in realizing them.

Think of John F. Kennedy or Barack Obama, Ronald Reagan or his old rival Speaker Tip O'Neill, Nancy Pelosi or Hillary Clinton. To them, making new friends, dealing with opponents, getting out their message, and upholding their credibility comes with the territory. It's called campaigning.

I realize my enthusiasm for what we can learn from politicians may shock people used to my grilling these gentlemen and ladies Monday through Friday on Hardball and my dissecting them over the weekend on The Chris Matthews Show. The truth is, my TV guests may or may not have a ready answer to my questions about their partisan behavior. They may or may not be up to snuff on a policy question. But when it comes to pushing their own careers, I can assure you, the best politicians know exactly what they're doing.

As I said, they see and exploit the way human beings really behave and not just the way we're supposed to. They understand that we much prefer to be listened to than talked at, that while we may not mind being used we resent deeply being made to feel discarded. Politicians also know that no one, whatever lip service he or she may pay to the proposition, wants a level playing field; gaining an edge is something everyone tries to do. The politician's advantage is his ability to grasp and exploit such basic truths of human nature.

Do you want a campaign that will take you where you want to go? Do you want to find strong friends who will swing doors open for you? Do you want to recruit allies who will invest their time, trust, and money in you, and back you when the chips are down? Do you want to make sure your ideas matter? Do you want to become a leader? Life's a Campaign takes a look at the methods of the masters. It shares with you their secrets of success. In the following pages I'll tell you things about them they would never tell me or you: how they do what they do.

So welcome to a noisy, inside peek at people with power and the good you can learn from them. The one thing missing from the memoirs of the great politicians, I have noticed, is the means and methods of their ascent. This book is filled with nothing but. 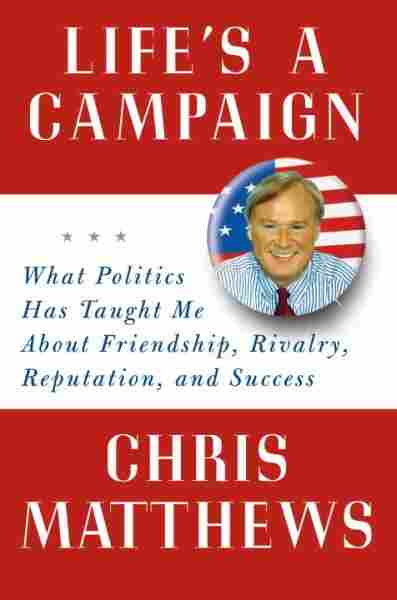 What Politics Has Taught Me About Friendship, Rivalry, Reputation, and Success

Title
Life's a Campaign
Subtitle
What Politics Has Taught Me About Friendship, Rivalry, Reputation, and Success
Author
Chris Matthews