Accessibility links
Reported Cases of Sexual Assault in Military Rise Since 2002, a nonprofit group has received 976 reports of sexual assault from military women serving in the area that includes Iraq and Afghanistan. That number is growing. Meanwhile, little punitive action has been taken against assailants.

Fourth in a five-part series.

Part 2: Three Female Soldiers on Their Experiences in Iraq

Part 5: A Female Soldier on Life After Amputation

Since 2002, the Miles Foundation — a private, nonprofit organization that tracks sexual assault within the armed forces — has received 976 reports of sexual assault in the Central Command Area of Responsibility, which includes Iraq and Afghanistan.

Christine Hansen, executive director of the foundation, says the group is seeing a steady upward trend in the number of reported cases of sexual assault — increases of 10 percent to 15 percent each quarter. The figures are higher than those reported by the Department of Defense, she says, because the Miles Foundation provides private and confidential services to women, making it more likely for them to report incidents of sexual assault.

Among the organization's findings, Hansen says, are reports from female service members of cases of gang rape and rape involving serial offenders. She says that the most predominant type of assault is acquaintance or date rape, which in the military is termed "offender-known rape."

The commanders of alleged assailants have a spectrum of disciplinary responses: from zero response to a criminal-justice proceeding within the military, or court martial. But Hansen says her group has found that the predominant response is that of administrative action, such as a letter of reprimand in a personnel file or forfeiture of pay and allowances.

"We do not see that the predominant response is that of a criminal-justice response leading to court-martial proceedings," Hansen says.

Many of the women who have been assaulted "desperately try to maintain their career in the military," Hansen says. She estimates that less than one-third of the women tracked by the Miles Foundation have been able to do so. 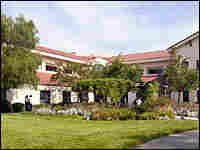 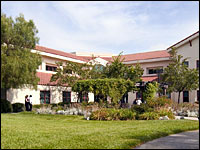 It's hard to get a grasp on the prevalence of sexual assault in the U.S. military. The Veterans Administration consistently cites a 2000 study that found 23 percent of women reported sexual assault while in the military. But a less-publicized VA study from 2003 updated that figure to 28 percent.

Experts think the figure could be higher, especially given that the VA's numbers were gathered before women began playing a heightened role in U.S. military efforts in Iraq and Afghanistan.

The 2000 VA study also reports that 55 percent of women experienced sexual harassment in the military. And a 2005 study estimates that more than half of women in the reserves and National Guard suffered sexual assault or harassment during their service, according to news reports.

The military says it has taken steps to address the issue.

Two years ago, the Department of Defense introduced "restricted reporting," which allows the victim of a sexual assault to bypass chain of command and make a confidential report.

At West Point, which is attracting more women than ever, new cadets are made to memorize restricted reporting procedures, and each year, women who were raped speak to cadets about their experiences. The changes came in the wake of a 2005 Pentagon report that found that hostile attitudes toward women in uniform persisted at the Army and Navy academies.

West Point's class of 2011 includes 225 young women, the highest number of female cadets in a single class since women first came to the U.S. Military Academy in 1976.

Female soldiers have been returning from Iraq with not only combat-related trauma, but also with deep emotional wounds known as military sexual trauma. A 2003 survey of women using the Veterans Administration health care system reports that 28 percent experienced at least one sexual assault during military service. And that sexual trauma, combined with combat trauma, makes women far more vulnerable to post-traumatic stress disorder.

At a VA residential program in Menlo Park, Calif., many women have experienced what psychologists call the "double whammy" of combat trauma and sexual assault.

For some women, the two- to three-month program is the last stop in what has been a decades-long and difficult journey. For the younger women the sound of roadside bombs is still fresh in their memories.

Just three years ago, veteran Sandra wore a helmet and body armor on the streets of Baghdad. Her primary job was rebuilding schools. One day the truck she was driving was hit by a roadside bomb.

The violence she witnessed is the source of nightmares and flashbacks. But when Sandra, a resident at the women's trauma recovery program in Menlo Park, speaks of the trauma, it is a singular event she recalls — a very personal one. Sandra is among a growing number of young women who have returned from Iraq with both combat trauma and sexual assault.

"Prior to me coming here, I just didn't know if I was going to live another day sometimes," Sandra said. "I wanted to go to sleep and not wake up."

Dr. Darrah Westrup, director of the Menlo Park program, said that military sexual trauma contributes to the severity of PTSD symptoms, which range from feelings of extreme isolation and self-blame to thoughts of suicide.

Ketora, a shy young woman, looks more like the college student she was prior to joining the Marines after the attacks of Sept. 11, 2001. After she returned from Iraq, she suffered from severe depression and couldn't leave her house.

Her eyes begin to tear, and she takes off her glasses as she talks about her experiences in Iraq.

"Everywhere we went, we were always being attacked. And after a while I just became numb," Ketora said. "I wasn't myself, and I realized that. But I had to be whatever it is I was to survive from the enemy and my own platoon members."

Ketora said that sexual harassment from her platoon members turned more violent over time. Ketora said she was raped, and she didn't think anyone would believe her.

"It's humiliating. It's degrading. Who's going to believe you? Especially in the military, when you never know who knows who," Ketora said. "In my rank I was only a lance corporal."

Of her attacker, she says, "He's the guy everybody hoorahs and gives a pat on the back. Everybody loves him. He could never do anything wrong."

It was a story echoed by women nearly twice her age: Their attacker's behavior was acknowledged by others with a nod of the head. In the military it's known as "rape by rank."

Two years ago, the Department of Defense introduced "restricted reporting," which allows the victim of a sexual assault to bypass chain of command and make a confidential report.

Within a year of instituting the program, the reports of alleged sexual assault rose close to 30 percent. But does restricted reporting impede the investigation into and the prosecution of sexual crimes?

"Well, certainly we, as much as everybody else, want to get the offender. But I think we have to look at the balance, where we have to balance victim care with offender accountability," Whitley said.

Whitley said that after receiving medical help and counseling, victims have the option to change their reporting status and pursue an investigation.

For the women at the Menlo Park recovery program, it may be too early to talk about their lives after they leave and whether they'll ever fully recover. Recent government reports have criticized the VA for not conducting enough studies to make sure that its treatment programs are really helping vets with PTSD and other mental health disorders.

Westrup counters that in the absence of numerous studies and statistics, there are the women themselves.

The Menlo Park recovery program asks residents to face the nightmares they've been fleeing, which can have a powerful effect, Westrup said.

"You can just see it in how they carry themselves and how they speak, the way they look," Westrup said.