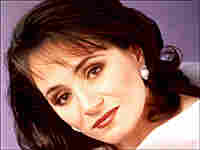 Patrica Racette is one of today's foremost interpreters of the title role in Janacek's Jenufa. hide caption 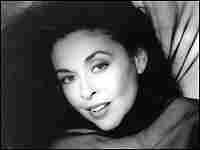 Catherine Malfitano has performed in works ranging from the earliest operas of all, by Monteverdi and Cavalli, to operas by Weill, Menotti and Janacek. Swannell/IMG Artists hide caption

Patrica Racette was born in Manchester, New Hampshire, and won the Richard Tucker Award in 1998. She's been active in opera houses around the world, and across the United States. In the U.S. Racette has appeared with major companies on both coasts – the Metropolitan in New York and the San Francisco opera – and at the Houston Grand Opera and the Lyric Opera of Chicago. In Houston, along with her appearance as Alice in Falstaff, she played the title role in Janacek's Jenufa and the role of Love Simpson in Houston Grand Opera's world premiere production of Carlisle Floyd's Cold Sassy Tree — productions which have been featured by NPR on World of Opera.

In concert, Racette has performed with many of the world's leading orchestras, including the Boston Symphony Orchestra, the Chicago Symphony Orchestra and the San Francisco Symphony, and she recorded Zemlinsky's Der Traumgorge with James Conlon and the Cologne Philharmonic.

Catherine Malfitano is a native of New York City, and has appeared at all the world's leading opera houses including the Metropolitan Opera, the Lyric Opera of Chicago, the Vienna State Opera, La Scala in Milan, the Bavarian State Opera, the Paris Opera, the London's Royal Opera and many others. Among her career highlights was an Emmy-winning performance in the title role of Tosca, in a historic live broadcast from the actual setting of the Puccini's opera in Rome, that was seen by more than one billion viewers worldwide.

Catherine Malfitano's repertory spans everything from the earliest operas, including works by Monteverdi and Cavalli, to Polly Peachum in Weill's The Three Penny Opera and Annina in Menotti's The Saint of Bleecker Street. Her more than five-doen roles also include Leonore in Beethoven's Fidelio, Therese in Poulenc's Les Mamelles de Tirésias, Susanna in Mozart's The Marriage of Figaro, Zerlina and Donna Elvira in Mozart's Don Giovanni, Fiorilla in Rossini's Il Turco in Italia and Emilia Marty in Janacek's Makropulos Case.