Accessibility links
Spice Girls Fans Snap Up Reunion Tickets Tickets to a reunion concert of the pop group in London sold out in 38 seconds this week.

Tickets to a reunion concert of the pop group in London sold out in 38 seconds this week.

(Soundbite of song, "Say You'll Be There")

SIMON: Remember hearing stories about people who've camped out overnight or over a weekend to get tickets to see the Beatles, the Stones, even the Grateful Dead. People shared food, drink and the kind of brownies that left to buzz. They'd sing "All You Need is Love" or "Casey Jones." How many lifelong friendships were made, even if they were hard to remember the day after?

But these days, just click - but quickly. Tickets for most stops in the 54-day "Hannah Montana" concert tour are already gone in most places. Miley Cyrus plays the Disney channel character who's a student by day and rock star at night. Tickets sold out in Memphis in just eight minutes, just four minutes in Atlanta. Scalpers are now selling tickets for thousands of dollars to anxious parents.

But that's almost leisurely compared to the Spice Girls. Tickets to their December 15 reunion concert in London went on sale this week and sold out in just 38 seconds. And it's just about as long as Mr. Posh Spice, David Beckham, can play without tearing his medial collateral ligament.

(Soundbite of song, "Say You'll Be There")

SPICE GIRLS: (Singing) I give you everything. And all that I want from you is a promise you will be there…

SIMON: Coming up, the posh sultry voice of Sophie Milman. 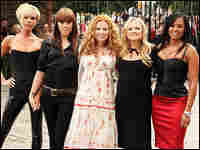 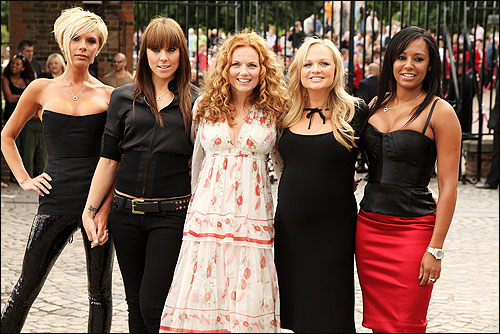 The British girl-band the Spice Girls has announced that they will be reuniting for a world tour scheduled to begin this December. Robin Givhan, Washington Post's fashion editor, talks about how "girl power" is trying to make a comeback.