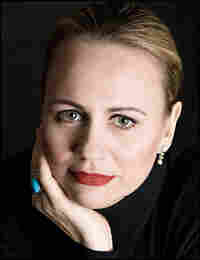 Anja Kampe has appeared in a number of Wagner's operas, including Tannhäuser and The Flying Dutchman as well as Die Walkuere. Alexander Vasiljev hide caption 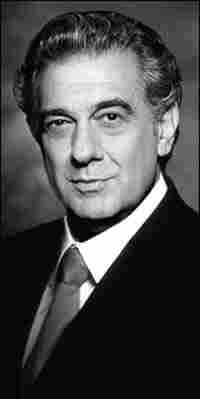 The highly-accomplished dramatic soprano Anja Kampe is a native of Germany, and studied both in Dresden and in Torino, Italy. In 2003 she was invited by Placido Domingo to sing Sieglinde in Wagner's Die Walkuere at the Washington National Opera. The next year, she made a highly-acclaimed deut in Antwerp in the title role of Janacek's Jenufa.

Since then, Kampe's appearances have included performances as Senta in Wagner's The Flying Dutchman in Brussels, at the Bavarian State Opera in Munich in the same role, as Leonore in Beethoven's Fidelio at the Glyndebourne Festival and as Senta at the New National Theatre in Tokyo.

Kampe's future engagements include appearances as Donna Elvira in Mozart's Don Giovanni at the Washington National Opera, Lisa in Tchaikovsky's The Queen of Spades on tour with conductor Claudio Abbado, Elisabeth in Wagner's Tannhäuser at the Vienna State Opera and Senta at London's Royal Opera House, Covent Garden.

Placido Domingo became General Director of the Washington National Opera in 2003, adding that role to his career as one of the greatest tenors of the past century. As general director, Domingo selects the WNO's repertory, and oversees casting and all stages of the creative process.

Domingo has also continued his international singing and conducting career. In Washington, Domingo has sung the role of Siegfried in two different productions of Wagner's Die Walkuere. In other WNO productions, he has sung Count Loris Ipanov in Giordano's Fedora opposite Mirella Freni, Rodrigue in Massenet's Le Cid, and the title role of Mozart's Idomeneo with Anna Netrebko.

As a conductor, Domingo has led WNO productions of Verdi's Otello and Il Trovatore, and a special performance of Verdi's Requiem at Washington's historic Constitution Hall. He has also led the company in productions of Bizet's Carmen, Verdi's Un Ballo in Maschera and I Vespri Siciliani, and Puccini's Madama Butterfly.