Accessibility links
Love and Hate: A Tolstoy Family Tale Leo Tolstoy's novel Anna Karenina opens with the line: "All happy families are alike; each unhappy family is unhappy in its own way." A new book about Tolstoy's wife shows how their marriage seems to have fallen into the second category. 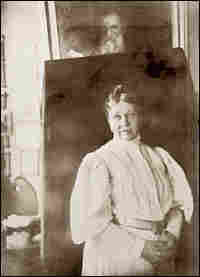 This self-portrait of Sophia Tolstoy, at Yasnaya Polyana in 1906, "is a metaphor for how she often understood her plight: She is alone, contained, isolated in her own private world. Her husband looms over her," Leah Bendavid-Val writes. Sophia Tolstoy hide caption 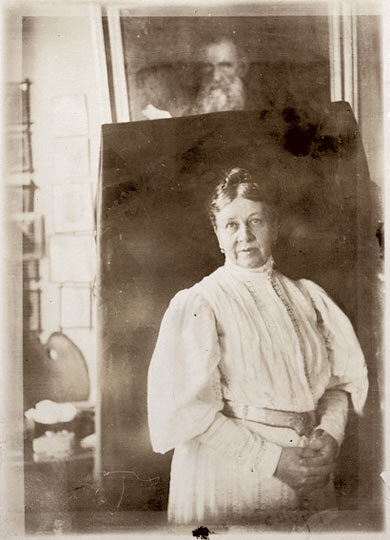 This self-portrait of Sophia Tolstoy, at Yasnaya Polyana in 1906, "is a metaphor for how she often understood her plight: She is alone, contained, isolated in her own private world. Her husband looms over her," Leah Bendavid-Val writes.

From 'Song Without Words' 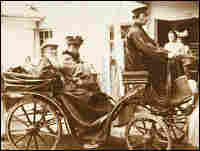 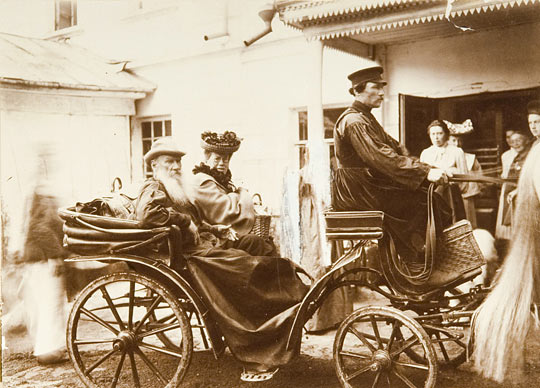 Leo Tolstoy with his daughter Tanya at Yasnaya Polyana, June 21, 1904. 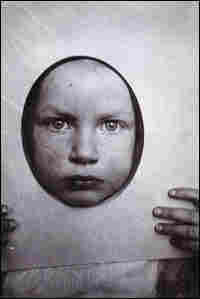 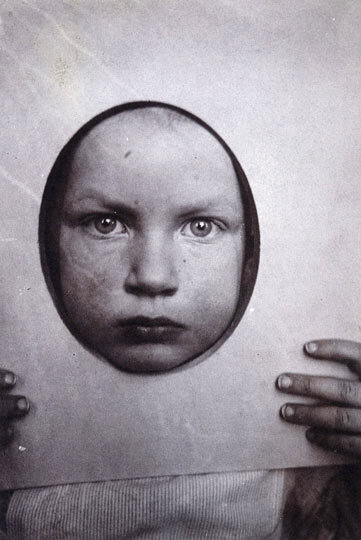 One of the most famous sentences in literature is the opening of Leo Tolstoy's novel Anna Karenina: "All happy families are alike; each unhappy family is unhappy in its own way."

Tolstoy's own marriage seems to have fallen into the second category. He and his wife, Sophia, had 13 children together. She was an invaluable assistant in his work, hand copying his manuscripts.

But Sophia, a countess from Russia's aristocracy, was impatient with Tolstoy's ideas about social reform and a simpler life. And he had little sympathy with her interests in music and photography.

Leah Bendavid-Val, author of Song Without Words: The Photographs and Diaries of Countess Sophia Tolstoy, says Sophia's family provided Leo Tolstoy with characters for his books. For example, in War and Peace, the heroine Natasha is modeled after Sophia's younger sister, Tanya.

The Tolstoys' marriage started off "in a beautiful way," Bendavid-Val tells Deborah Amos. "They were madly in love when they got married in 1862, and they shared everything, including their diaries. They used their diaries to talk to each other.

"She copied his manuscripts and he listened to her opinions, which was very gratifying to her," Bendavid-Val says.

But in nearly 50 years of marriage, the couple had a love-hate relationship, the author says.

Both Sophia and Leo were "very emotional, very passionate, and their love was full and passionate and deep and rich — and so was their hatred," Bendavid-Val says. "And unfortunately, the hatred seems to have won out in the end."

Sophia became obsessively afraid that Leo had written a new will. He overheard her searching his study for the document and became outraged. He decided it was the last straw and left his wife. He became very ill on the train and died shortly thereafter.

"They needed each other," Bendavid-Val says. "Neither of them could have lived as full and rich a life without the other." 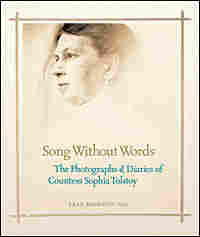 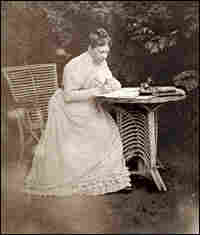 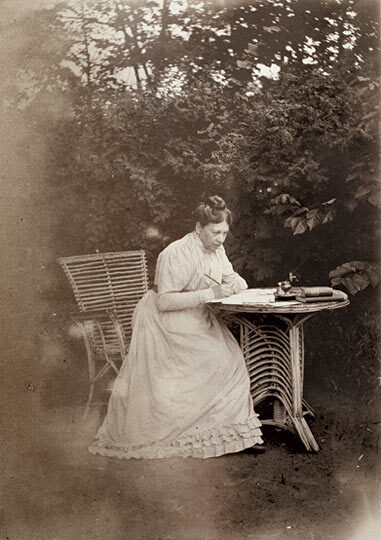 Both Husband and wife used their diaries to communicate, saying things they didn't dare say aloud to one another:

DIARY ENTRY (LEV)
8 January 1863
In the morning ---her clothes. She challenged me to object to them, and I did object, and said so ---tears and vulgar explanations ... We patched things up somehow. I'm always dissatisfied with myself on these occasions, especially with the kisses ---they are false patches. ... I feel that she is depressed, but I'm more depressed still, and I can't say anything to her ---there's nothing to say. I'm just cold, and I clutch at any work with ardor. She will stop loving me. I'm almost certain of that. The one thing that can save me is if she doesn't fall in love with someone else, and that won't be my doing. She says I'm kind. I don't like to hear it; it's just for that reason that she will stop loving me.

DIARY ENTRY (SONYA) 9 January 1863
Never in my life have I felt so wretched with remorse. Never did I imagine that I could be so much to blame. I have been choked with tears all day. I feel so depressed. I am afraid to talk to him or look at him. ... I am sure he must suddenly have realized just how vile and pathetic I am.

DIARY ENTRY (LEV) 15 January 1863
Got up late; we're on friendly terms. The last squabble has left some small (imperceptible) traces — or perhaps time has. Every such squabble, however trivial, is a scar on love. A momentary feeling of passion, vexation, self-love or pride will pass, but a scar, however small, will remain forever on the best things that exist in the world — love. I shall know this and guard our happiness, and you know it too...

DIARY ENTRY (LEV) 5 August 1863
... I've looked through her diary — suppressed anger with me glows beneath words of tenderness. It's often the same in real life. If this is so, and it's all a mistake on her part — it's terrible...

Almost three decades after this exchange Sonya decided to copy her husband's diary for posterity. She noted on November 20, 1890, I have been copying Lyovochka's diaries, which cover his whole life. ... She described how the copying job affected her.

DIARY ENTRY (SONYA) 8 December 1890
I am still copying out Lyovochka's diary. Why did I never read and copy it before? It has simply been lying in my chest of drawers all this time. I don't think I ever recovered from the shock of reading Lyovochka's diaries when I was engaged to him — I can still remember the agonizing pangs of jealously, the horror of that first appalling experience of male depravity ...

DIARY ENTRY 31 July 1868
It makes me laugh to read my diary. What a lot of contradictions — as though I were the unhappiest of women! But who could be happier? When I'm along in the room I sometimes laugh for joy and cross myself, and pray to God for many, many more years of happiness. I always write in my diary when we quarrel. ... and we wouldn't quarrel if we didn't love one another. ... I have been married for six years now. ... but I still love him with the same passionate, poetic, fevered, jealous love ...

Twenty years later both their diaries are filled with bitter accusations and anguish. At the end Tolstoy hid his diaries from Sonya, and she, in a state of paranoia, searched obsessively for them. 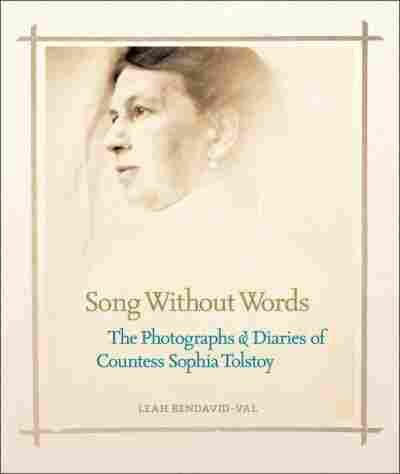