Accessibility links
Peter Sagal, Exploring 'Vice' So We Don't Have To As host of the NPR news quiz Wait Wait... Don't Tell Me, Peter Sagal spends a lot of time reading the newspaper. Lately, he's also spent many an hour going to strip joints, a swingers club, a porn-movie set and casinos. All research, of course, for his new project, The Book of Vice.

Listen
Peter Sagal, Exploring 'Vice' So We Don't Have To 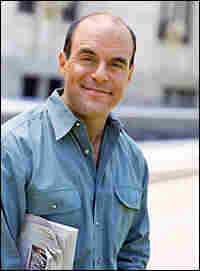 Peter Sagal explores the world of sin in The Book of Vice. Kathryn Aiken hide caption

As host of the NPR news quiz Wait Wait... Don't Tell Me, Peter Sagal spends a lot of time reading the newspaper.

Lately, though, he's also spent many an hour going to strip joints, a swingers club, a porn-movie set and casinos — among other dens of what some call iniquity.

All research, of course, for his new project, The Book of Vice. He wanted to get a perspective on the indulgences of others, and report back to the rest of us. 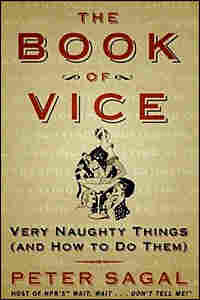