Accessibility links
Transgender Woman, IRS Fight over Tax Deduction Rhiannon O'Donnabhain, a transgender woman, is suing the IRS for the right to claim her sex-change operation as a medical deduction on her income taxes. But the IRS says the surgery was essentially cosmetic and not allowed under tax law. 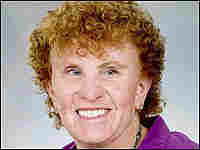 Rhiannon O'Donnabhain says she spent more than $25,000 on sex-reassignment surgery in 2001, and claimed a $5,000 deduction she says she is entitled to. But the IRS denied the deduction, saying it was for cosmetic purposes. Maineframe Photographics, Inc. hide caption 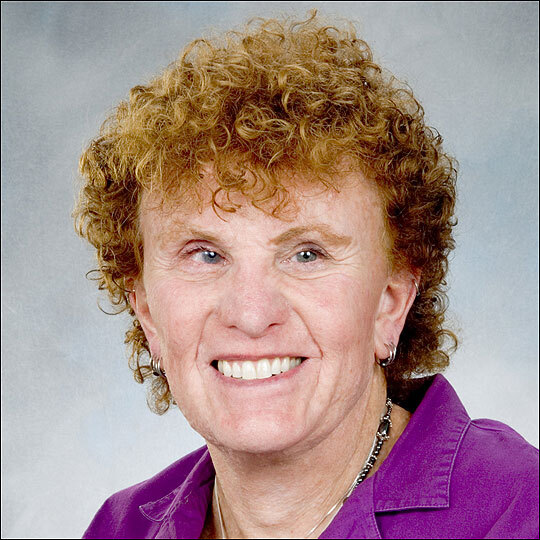 Rhiannon O'Donnabhain says she spent more than $25,000 on sex-reassignment surgery in 2001, and claimed a $5,000 deduction she says she is entitled to. But the IRS denied the deduction, saying it was for cosmetic purposes.

A Massachusetts transgender woman is suing the IRS for the right to claim her sex-change operation as a medical deduction on her income taxes.

Rhiannon O'Donnabhain says she spent more than $25,000 on sex-reassignment surgery in 2001, and claimed a $5,000 deduction she was entitled to. But the IRS denied the deduction, saying the surgery was essentially cosmetic and therefore not allowed under tax law. The case is now before a federal judge in Boston.

In the trial that began in July, O'Donnabhain, 64, described a lifetime of suffering from Gender Identity Disorder, or GID. She says she never had the words for it as a child, but she always felt that she was born into the wrong body.

She described growing up as a young boy, in a conservative, Catholic family and trying to suppress the feelings. She played with boys, worked in construction, married a woman and fathered three children. But O'Donnabhain says she grew increasingly tormented.

"It was horrible. Absolutely horrible. I was thinking suicide was probably the only way out of this," she said.

Eventually, O'Donnabhain started therapy and began the transition to life as a female. She changed her name, started dressing like a woman and took feminizing hormones to change her body. But O'Donnabhain says it wasn't enough. "I was a male with breasts. I looked like a freak."

In 2001, O'Donnabhain underwent sex-change surgery. She had her male genitals removed and received every procedure doctors provided to give her a female body — from vaginal reconstruction to breast augmentation. For the first time in her life, O'Donnabhain says she felt at peace.

While O'Donnabhain believes her sex-change operation literally saved her life, the IRS argues that it falls into the category of "cosmetic surgery" under its tax code and is not allowed as a deduction. Agency officials declined to be interviewed for this story, but in court they argued that sex-reassignment surgery deals with the body's appearance more than function, and that GID is not a "disease" or "illness" as defined by tax laws.

"The IRS is arguing that gender-reassignment surgery is really no different, conceptually, than a tummy tuck or a Botox injection," said Theodore Seto, a professor at Loyola Law School, Los Angeles. "The argument is: 'Look, she is changing her appearance so as to look better, to be happier with herself. It doesn't treat any underlying problem.'"

But O'Donnabhain accused the IRS of discrimination. She said her surgery was meant to treat a legitimate and widely recognized medical condition.

"It's really astonishing that the IRS is taking a position that they get to second-guess the determinations of a taxpayer's medical care providers," said O'Donnabhain's attorney, Karen Loewy. "The medical community gets to decide what is medical care — not the IRS."

But the IRS counters that the medical community is split. While some see sex-reassignment surgery as the closest thing medicine has to a cure for GID, others see the surgery as basically mutilating a person's properly functioning anatomy.

"I think the problem doesn't lie in their genitals, it lies in their mind, and we should be working on their mind," says Paul McHugh, a professor of psychiatry at Johns Hopkins University. "We don't do liposuction on people with anorexia nervosa to help them to be more thin. We encourage them to see that this is a misdirection of human interest."

But O'Donnabhain points out that even the therapy she sought for her GID was rejected by the IRS as a medical expense, proving the agency's bias.

A Growing Number of Cases

O'Donnabhain's case is the latest in a growing number of legal tangles over transgender rights. Courts around the nation are grappling with a slew of lawsuits — from prisoners demanding sex-change hormones as part of their medical care and kindergarteners asking to be called "she" instead of "he," to transsexuals seeking to marry or use the public restroom of their new gender.

"There has been an incredible amount of litigation, but the law is all over the place," said Arthur Leonard, a professor at New York Law School. "It all comes down to the sort of fundamental question of whether the law will accept what transgender people say is their reality. And that requires us to rethink our concept of a dimorphic world where everything is 'x' and 'y.' Here's something that's sort of in the middle."

Ultimately, the transgender community faces an irony that is not lost on O'Donnabhain. That is, the fight to be legally accepted and accommodated by the IRS actually depends on being seen as pathologically diseased or ill.

"It's a Catch-22," O'Donnabhain said. "I have to accept the stigma of being labeled as having a disorder [or] a mental condition ... in order to get benefits. I haven't liked this diagnosis from the very beginning. But I've got to play the game."