Accessibility links
Eric Clapton Looks Back at His Blues Roots In his new autobiography, Eric Clapton tells the story of his professional rise and his personal battles with substance abuse. In the first of a two-part interview, Clapton remembers the blues greats that influenced him as a young guitarist.

Listen
Eric Clapton Looks Back at His Blues Roots 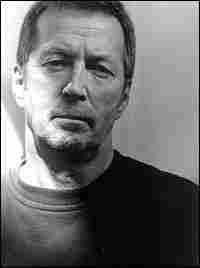 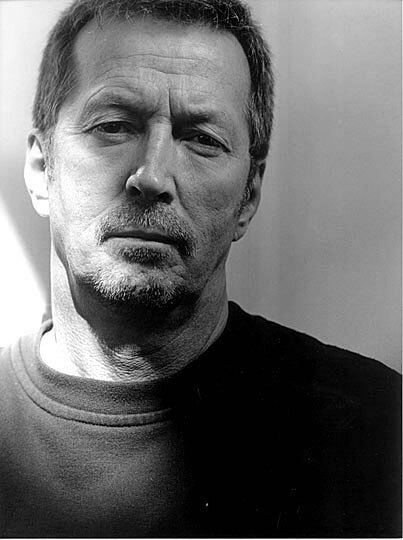 Legendary guitarist Eric Clapton is the author of a new autobiography.

Read an excerpt in which Clapton writes about his first electric guitar. 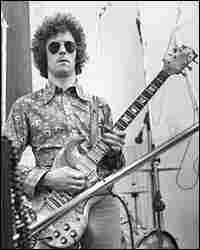 Eric Clapton is shown here in New York in 1967, when he was a member of the band Cream. Michael Ochs Archives/Getty Images hide caption 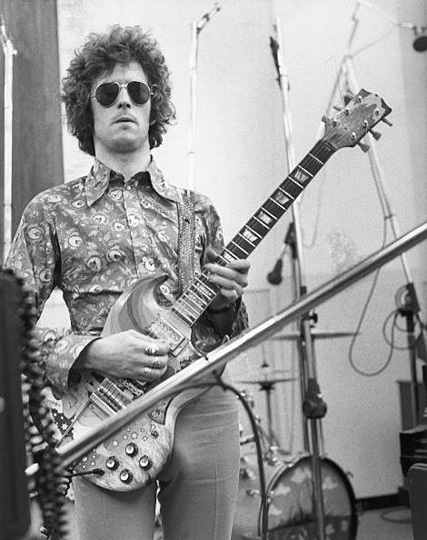 Eric Clapton is shown here in New York in 1967, when he was a member of the band Cream.

First in a two-part interview.

Eric Clapton has been reinventing himself musically for more than 40 years. But the strong pulse of the blues has powered his guitar playing since the beginning: from the Yardbirds when he was 18, through his stints with John Mayall and the Bluesbreakers, Cream, and Derek and the Dominoes, to today.

Now 62, the legendary guitarist is the author of a new autobiography, Clapton.

In the first of a two-part interview, Clapton talks to Melissa Block about his musical influences as a young man.

'Uncle Mac' and the Blues

His first guitar, which he got when he was 13, was a steel-string Hoyer made in Germany. It was about as big as he was, Clapton recalls.

"It was a very cheap guitar. And most cheap guitars, as anyone will tell you who tries to play a cheap guitar ... they hurt to play," Clapton tells Block.

Clapton's introduction to the blues — the music that would forever influence his own work — came from an unlikely source: a children's radio show in the 1950s and '60s hosted by "Uncle Mac" (aka Derek McCulloch).

The show's usual fare was novelty children's music, such as "How Much Is That Doggie in the Window?"

But every now and then, Clapton says, Uncle Mac would slip in some blues.

"I don't know what this guy was on; I can't imagine how it would get snuck in, whether it was his taste or someone else's, his wife, who knows?" Clapton says.

'I Got What They Were Trying to Do'

Clapton even remembers the first blues song he heard on the show: "Whoopin' the Blues" (full song audio) by harmonica player Sonny Terry and singer and guitarist Brownie McGhee.

"That's where it started for me," he says.

"It got to me on a level that nothing else did. I got what they were trying to do," Clapton says.

"I think the purity of what they were trying to do undercut everything else that you could hear on the radio. Aside from great classical music or great opera, there was a seriousness about it that none of this other music had."

Listening to, Learning from the Greats

Other guitarists that Clapton listened to — and learned from — in those early years include Big Bill Broonzy and Muddy Waters.

Broonzy was "just an extremely good technician" and a "great player."

As he listens to a recording of Broonzy's "Hey Hey" (full song audio), Clapton notes the audible sound of the guitarist's foot tapping.

Perhaps the blues guitarist who influenced Clapton the most is Muddy Waters.

"Muddy was there at a time when, really, the music was getting to me. I was really trying to grasp it and make something out of it," Clapton says.

Clapton says he would listen to a Waters' song such as "Honey Bee" (song clip audio) and try to emulate the guitar great's technique and the effect he created with his playing — in this instance, the chime-like sound of a bell.

"It was a hook to me. And I made this as a sort of milestone for me, for my learning capabilities," Clapton says.

"If I can get that, I'm one rung up the ladder. And I did, finally, manage to do it one day, and I thought, well, you know, I think I can probably do this."

A Mentor and Friend

The two guitarists played together later and became very close. In his book, Clapton describes Waters as "the father figure I never really had." Until his death in 1983, Waters was a part of Clapton's life.

Even so, Clapton says he was not comfortable enough — and perhaps too proud — to ask Waters technical questions about his playing.

But there was more than just professional pride at work.

"When I got to know Muddy, unfortunately, my drinking career was in full sway," Clapton says.

"He liked to drink, too, he wasn't really down on it or anything, but I was definitely not really there as much as I wish I had been." 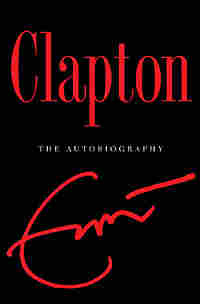 In this excerpt, Eric Clapton writes about his first electric guitar, which he got as a teenager.

The electric guitar I chose was one I had had my eye on in the window of Bell's, where we had got the Hoyer. It was the same guitar I had seen Alexis Korner playing, a double-cutaway semi-acoustic Kay, which at the time was a quite advanced instrument, although essentially, as I later learned, it was still only a copy of the best guitar of the day, the Gibson ES-335. It was cut away on both sides of the neck to allow easy access up the neck to the higher frets. You could play it acoustically, or plug it in and play electric. The Gibson would have cost over a hundred pounds then I think, well beyond our reach, while the Kay cost only ten pounds, but still seemed quite exotic. It captured my heart. The only thing that wasn't quite right with it was the color. Though advertised as Sunburst, which would have been a golden orange going to dark red at the edges, it was more yellowy, going to a sort of pink, so as soon as I got it home, I covered it with black Fablon.

Much as I loved this guitar, I soon found out that it wasn't that good. It was just as hard to play as the Hoyer, because again, the strings were too high off the fingerboard, and, because there was no truss rod, the neck was weak. So after a few months' hard playing, it began to bow, something I had to adapt to, not having a second instrument. Something more profound also happened when I got this guitar. As soon as I got it, I suddenly didn't want it anymore. This phenomenon was to rear its head throughout my life and cause many difficulties.

We hadn't bought an amplifier, so I could only play it acoustically and fantasize about what it would sound like, but it didn't matter. I was teaching myself new stuff all the time. Most of the time I was trying to play like Chuck Berry or Jimmy Reed, electric stuff, then I sort of worked backward into country blues. This was instigated by Clive, when out of the blue he gave me an album to listen to call King of the Delta Blues Singers, a collection of seventeen songs recorded by bluesman Robert Johnson in the 1930s. I read in the sleeve notes that when Johnson was auditioning for the sessions in a hotel room in San Antonio, he played facing the corner of the room because he was so shy. Having been paralyzed with shyness as a kid, I immediately identified with this.

At first the music almost repelled me, it was so intense, and this man made no attempt to sugarcoat what he was trying to say, or play. It was hard-core, more than anything I had ever heard. After a few listenings I realized that, on some level, I had found the master, and that following this man's example would be my life work. I was totally spellbound by the beauty and eloquence of songs like "Kindhearted Woman," while the raw pain expressed in "Hellhound on My Trail" seemed to echo things I had always felt.

I tried to copy Johnson, but his style of simultaneously playing a disjointed bass line on the low strings, rhythm on the middle strings, and lead on the treble strings while singing at the same time was impossible to even imagine. I put his album to one side for a while and began listening again to other players, trying to form a style. I knew I could never reach the standards of the original guys, but I thought that if I kept trying, something would evolve. It was just a question of time and faith. I began to play things I had heard on the record, but to add my own touches. I would take the bits that I could copy from a combination of the electric blues players I liked, like John Lee Hooker, Muddy Waters, and Chuck Berry, and the acoustic players like Big Bill Broonzy, and amalgamate them into one, trying to find a phraseology that would encompass all these different artists. It was an extremely ambitious undertaking, but I was in no hurry and was convinced I was on the right track, and that eventually it would come.

Excerpted from Clapton by Eric Clapton Copyright (c) 2007 by E.C. Music Limited. Reprinted by permission of Broadway Books, a division of the Doubleday Broadway Publishing Group of Random House, Inc.