Accessibility links
Steven Pinker Comes to the 'F' Word's Defense In his new book, The Stuff of Thought, psychologist Steven Pinker sorts through some of the paradoxes of profanity. He points out that in a society that prides itself on free speech, certain words pertaining to sex and excretion remain off-limits. 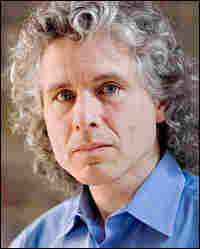 Talk about swearing — nicely, please — on "Blog of the Nation"

In his new book, The Stuff of Thought, Harvard psychology professor Steven Pinker sorts through some of the paradoxes of profanity.

He points out that in a society that prides itself on free speech, certain words pertaining to sex and excretion remain off-limits.

Pinker says taboo words are particularly powerful for humans because they spark activity in the amygdala — a part of the brain involved in storing emotionally salient memories.

Steven Pinker, author of The Stuff of Thought: Language as a Window into Human Nature; professor of psychology at Harvard University

Excerpt: 'The Stuff of Thought' 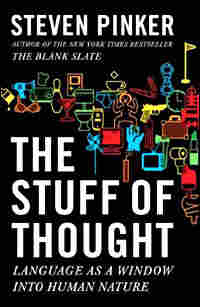 On September 11, 2001, at 8:46 a.m., a hijacked airliner crashed into the north tower of the World Trade Center in New York. At 9:03 a.m. a second plane crashed into the south tower. The resulting infernos caused the buildings to collapse, the south tower after burning for an hour and two minutes, the north tower twenty-three minutes after that. The attacks were masterminded by Osama bin Laden, leader of the Al Qaeda terrorist organization, who hoped to intimidate the United States into ending its military presence in Saudi Arabia and its support for Israel and to unite Muslims in preparation for a restoration of the caliphate.

9/11, as the happenings of that day are now called, stands as the most significant political and intellectual event of the twenty-first century so far. It has set off debates on a vast array of topics: how best to memorialize the dead and revitalize lower Manhattan; whether the attacks are rooted in ancient Islamic fundamentalism or modern revolutionary agitation; the role of the United States on the world stage before the attacks and in response to them; how best to balance protection against terrorism with respect for civil liberties.

But I would like to explore a lesser-known debate triggered by 9/11. Exactly how many events took place in New York on that morning in September?

It could be argued that the answer is one. The attacks on the buildings were part of a single plan conceived in the mind of one man in service of a single agenda. They unfolded within a few minutes and yards of each other, targeting the parts of a complex with a single name, design, and owner. And they launched a single chain of military and political events in their aftermath.

Or it could be argued that the answer is two. The north tower and the south tower were distinct collections of glass and steel separated by an expanse of space, and they were hit at different times and went out of existence at different times. The amateur video that showed the second plane closing in on the south tower as the north tower billowed with smoke makes the twoness unmistakable: in those horrifying moments, one event was frozen in the past, the other loomed in the future. And another occurrence on that day — a passenger mutiny that brought down a third hijacked plane before it reached its target in Washington — presents to the imagination the possibility that one tower or the other might have been spared. In each of those possible worlds a distinct event took place, so in our actual world, one might argue, there must be a pair of events as surely as one plus one equals two.

The gravity of 9/11 would seem to make this entire discussion frivolous to the point of impudence. It's a matter of mere "semantics," as we say, with its implication of picking nits, splitting hairs, and debating the number of angels that can dance on the head of a pin. But this book is about semantics, and I would not make a claim on your attention if I did not think that the relation of language to our inner and outer worlds was a matter of intellectual fascination and real-world importance.

Though "importance" is often hard to quantify, in this case I can put an exact value on it: three and a half billion dollars. That was the sum in dispute in a set of trials determining the insurance payout to Larry Silverstein, the leaseholder of the World Trade Center site. Silverstein held insurance policies that stipulated a maximum reimbursement for each destructive "event." If 9/11 comprised a single event, he stood to receive three and a half billion dollars. If it comprised two events, he stood to receive seven billion. In the trials, the attorneys disputed the applicable meaning of the term event. The lawyers for the leaseholder defined it in physical terms (two collapses); those for the insurance companies defined it in mental terms (one plot). There is nothing "mere" about semantics!

Nor is the topic intellectually trifling. The 9/11 cardinality debate is not about the facts, that is, the physical events and human actions that took place that day. Admittedly, those have been contested as well: according to various conspiracy theories, the buildings were targeted by American missiles, or demolished by a controlled implosion, in a plot conceived by American neoconservatives, Israeli spies, or a cabal of psychiatrists. But aside from the kooks, most people agree on the facts. Where they differ is in the construal of those facts: how the intricate swirl of matter in space ought to be conceptualized by human minds. As we shall see, the categories in this dispute permeate the meanings of words in our language because they permeate the way we represent reality in our heads.

A feature of the mind that we will repeatedly encounter in these pages is that even our most abstract concepts are understood in terms of concrete scenarios. That applies in full force to the subject matter of the book itself. In this introductory chapter I will preview some of the book's topics with vignettes from newspapers and the Internet that can be understood only through the lens of semantics. They come from each of the worlds that connect to our words — the worlds of thought, reality, community, emotions, and social relations.

Note: This article contains language that some readers may find offensive. 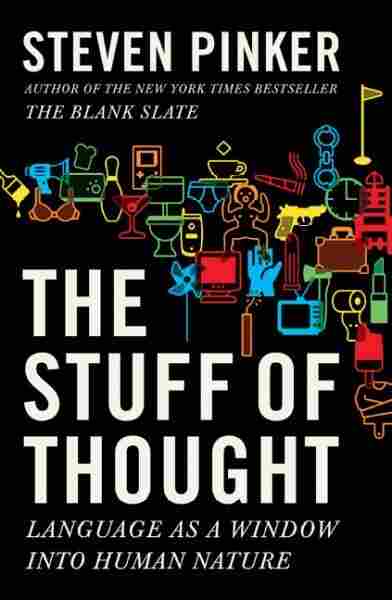 The Stuff of Thought

Language as a Window into Human Nature