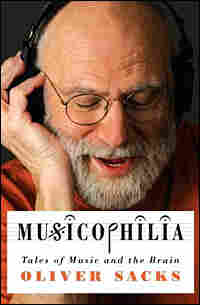 Musicophilia: Tales of Music and the Brain

A Bolt from the Blue: Sudden Musicophilia

Tony Cicoria was forty-two, very fit and robust, a former college football player who had become a well-regarded orthopedic surgeon in a small city in upstate New York. He was at a lakeside pavilion for a family gathering one fall afternoon. It was pleasant and breezy, but he noticed a few storm clouds in the distance; it looked like rain.

He went to a pay phone outside the pavilion to make a quick call to his mother (this was in 1994, before the age of cell phones). He still remembers every single second of what happened next: "I was talking to my mother on the phone. There was a little bit of rain, thunder in the distance. My mother hung up. The phone was a foot away from where I was standing when I got struck. I remember a flash of light coming out of the phone. It hit me in the face. Next thing I remember, I was flying backwards."

Then — he seemed to hesitate before telling me this — "I was flying forwards. Bewildered. I looked around. I saw my own body on the ground. I said to myself, 'Oh shit, I'm dead.' I saw people converging on the body. I saw a woman — she had been standing waiting to use the phone right behind me — position herself over my body, give it CPR. . . . I floated up the stairs — my consciousness came with me. I saw my kids, had the realization that they would be okay. Then I was surrounded by a bluish-white light . . . an enormous feeling of well-being and peace. The highest and lowest points of my life raced by me. No emotion associated with these ... pure thought, pure ecstasy. I had the perception of accelerating, being drawn up .. there was speed and direction. Then, as I was saying to myself, 'This is the most glorious feeling I have ever had' — SLAM! I was back."

Dr. Cicoria knew he was back in his own body because he had pain — pain from the burns on his face and his left foot, where the electrical charge had entered and exited his body — and, he realized, "only bodies have pain." He wanted to go back, he wanted to tell the woman to stop giving him CPR, to let him go; but it was too late — he was firmly back among the living. After a minute or two, when he could speak, he said, "It's okay — I'm a doctor!" The woman (she turned out to be an intensive-care-unit nurse) replied, "A few minutes ago, you weren't."

The police came and wanted to call an ambulance, but Cicoria refused, delirious. They took him home instead ("it seemed to take hours"), where he called his own doctor, a cardiologist. The cardiologist, when he saw him, thought Cicoria must have had a brief cardiac arrest, but could find nothing amiss with examination or EKG. "With these things, you're alive or dead," the cardiologist remarked. He did not feel that Dr. Cicoria would suffer any further consequences of this bizarre accident.

Cicoria also consulted a neurologist — he was feeling sluggish (most unusual for him) and having some difficulties with his memory. He found himself forgetting the names of people he knew well. He was examined neurologically, had an EEG and an MRI. Again, nothing seemed amiss.

A couple of weeks later, when his energy returned, Dr. Cicoria went back to work. There were still some lingering memory problems — he occasionally forgot the names of rare diseases or surgical procedures — but all his surgical skills were unimpaired. In another two weeks, his memory problems disappeared, and that, he thought, was the end of the matter.

What then happened still fills Cicoria with amazement, even now, a dozen years later. Life had returned to normal, seemingly, when "suddenly, over two or three days, there was this insatiable desire to listen to piano music." This was completely out of keeping with anything in his past. He had had a few piano lessons as a boy, he said, "but no real interest." He did not have a piano in his house. What music he did listen to tended to be rock music.

With this sudden onset of craving for piano music, he began to buy recordings and became especially enamored of a Vladimir Ashkenazy recording of Chopin favorites — the Military Polonaise, the Winter Wind Étude, the Black Key Étude, the A-flat Polonaise, the B-flat Minor Scherzo. "I loved them all," Tony said. "I had the desire to play them. I ordered all the sheet music. At this point, one of our babysitters asked if she could store her piano in our house — so now, just when I craved one, a piano arrived, a nice little upright. It suited me fine. I could hardly read the music, could barely play, but I started to teach myself." It had been more than thirty years since the few piano lessons of his boyhood, and his fingers seemed stiff and awkward.

And then, on the heels of this sudden desire for piano music, Cicoria started to hear music in his head. "The first time," he said, "it was in a dream. I was in a tux, onstage; I was playing something I had written. I woke up, startled, and the music was still in my head. I jumped out of bed, started trying to write down as much of it as I could remember. But I hardly knew how to notate what I heard." This was not too successful — he had never tried to write or notate music before. But whenever he sat down at the piano to work on the Chopin, his own music "would come and take me over. It had a very powerful presence."

I was not quite sure what to make of this peremptory music, which would intrude almost irresistibly and overwhelm him. Was he having musical hallucinations? No, Dr. Cicoria said, they were not hallucinations — "inspiration" was a more apt word. The music was there, deep inside him — or somewhere — and all he had to do was let it come to him. "It's like a frequency, a radio band. If I open myself up, it comes. I want to say, 'It comes from heaven,' as Mozart said."

His music is ceaseless. "It never runs dry," he continued. "If anything, I have to turn it off."

Now he had to wrestle not just with learning to play the Chopin, but to give form to the music continually running in his head, to try it out on the piano, to get it on manuscript paper. "It was a terrible struggle," he said. "I would get up at four in the morning and play till I went to work, and when I got home from work I was at the piano all evening. My wife was not really pleased. I was possessed."

In the third month after being struck by lightning, then, Cicoria — once an easygoing, genial family man, almost indifferent to music — was inspired, even possessed, by music, and scarcely had time for anything else. It began to dawn on him that perhaps he had been "saved" for a special reason. "I came to think," he said, "that the only reason I had been allowed to survive was the music." I asked him whether he had been a religious man before the lightning. He had been raised Catholic, he said, but had never been particularly observant; he had some "unorthodox" beliefs, too, such as in reincarnation.

He himself, he grew to think, had had a sort of reincarnation, had been transformed and given a special gift, a mission, to "tune in" to the music that he called, half metaphorically, "the music from heaven." This came, often, in "an absolute torrent" of notes with no breaks, no rests, between them, and he would have to give it shape and form. (As he said this, I thought of Caedmon, the seventh-century Anglo-Saxon poet, an illiterate goatherd who, it was said, had received the "art of song" in a dream one night, and spent the rest of his life praising God and creation in hymns and poems.)

Cicoria continued to work on his piano playing and his compositions. He got books on notation, and soon realized that he needed a music teacher. He would travel to concerts by his favorite performers but had nothing to do with musical friends in his own town or musical activities there. This was a solitary pursuit, between himself and his muse.

I asked whether he had experienced other changes since the lightning strike — a new appreciation of art, perhaps, different taste in reading, new beliefs? Cicoria said he had become "very spiritual" since his near-death experience. He had started to read every book he could find about near-death experiences and about lightning strikes. And he had got "a whole library on Tesla," as well as anything on the terrible and beautiful power of high-voltage electricity. He felt he could sometimes see "auras" of light or energy around people's bodies — he had never seen this before the lightning bolt.

Some years passed, and Cicoria's new life, his inspiration, never deserted him for a moment. He continued to work full-time as a surgeon, but his heart and mind now centered on music. He got divorced in 2004, and the same year had a fearful motorcycle accident. He had no memory of this, but his Harley was struck by another vehicle, and he was found in a ditch, unconscious and badly injured, with broken bones, a ruptured spleen, a perforated lung, cardiac contusions, and, despite his helmet, head injuries. In spite of all this, he made a complete recovery and was back at work in two months. Neither the accident nor his head injury nor his divorce seemed to have made any difference to his passion for playing and composing music.

Excerpted from Musicophilia by Oliver Sacks Copyright (c) 2007 by Oliver Sacks. Excerpted by permission of Knopf, a division of Random House, Inc. All rights reserved. No part of this excerpt may be reproduced or reprinted without permission in writing from the publisher. 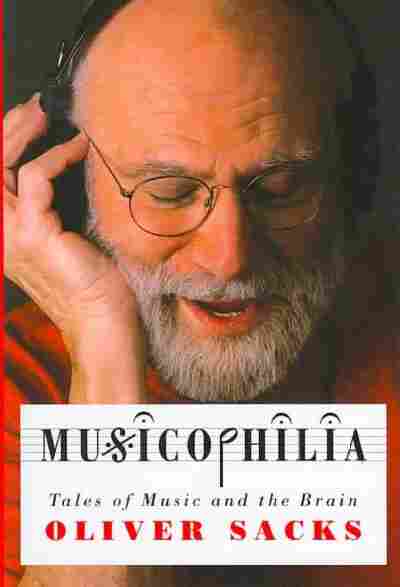 Tales of Music and the Brain