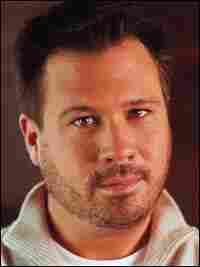 David Daniels has helped to redefine the role of the countertenor on today's musical scene. hide caption 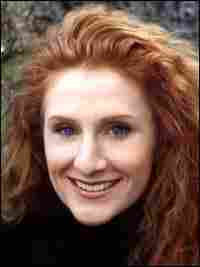 David Daniels is known for a level of vocal artistry which has helped to redefine the public's notion of the countertenor. Born in South Carolina, Daniels is the son of two singing teachers. He began singing as a boy soprano, later becoming a tenor, and then making the bold switch to countertenor while studying at the University of Michigan with George Shirley.

Daniels has appeared around the world with major opera companies, as well as in concert and as a recitalist. He made history as the first countertenor to give a solo recital in the main auditorium of Carnegie Hall. The Chicago Tribune has called Daniels "today's gold standard among countertenors." Gramophone magazine recently named him one of the "Top Ten Trailblazers" in classical music.

In the 2007-2008 season, David Daniels returns to Lyric Opera of Chicago in the title role of Handel's Julius Caesar, in a production conducted by Emanuelle Haim. He also appears in a new production of Handel's Tamerlano at the Bavarian State Opera. He'll perform in another production of that drama in his debut with Washington National Opera, opposite Placido Domingo, in a production to be recorded by National Public Radio. Daniels' other roles include Orfeo in Gluck's Orfeo ed Euridice, the title role in Handel's Radamisto and Ottone in Monteverdi's The Coronation of Poppea.

Texas native Laura Claycomb studied music at Southern Methodist University. After serving an apprenticeship with the San Francisco Opera, she was acclaimed in Europe for her appearance as Giulietta in Bellini's The Montagues and the Capulets, in Geneva. She later performed the same role at the Bastille Opera in Paris, and with the Munich Radio Orchestra.

Claycomb's other featured roles include Gilda in Verdi's Rigoletto, Zerbinetta in Richard Strauss's Ariadne auf Naxos, Morgana in Handel's Alcina, Adele in Rossini's Le comte Ory and Marie in Donizetti's The Daughter of the Regiment.

Her recordings include Mahler's Fourth Symphony with Michael Tilson-Thomas and the San Francisco Symphony, "Handel's Arcadian Duets" with Emmanuelle Haim, "Sir John in Love" with Richard Hickox and Meyerbeer's L'Esule in Granata.