Accessibility links
A Positive Outlook Is Overrated Psychologist Barbara Held believes that there are many ways to cope with the pain of life. She says that — no matter what the self-help books say — people should feel free to be themselves, even if that means being negative.

Listen
A Positive Outlook Is Overrated 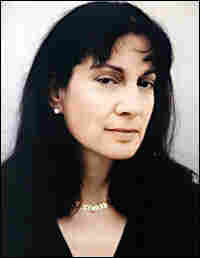 Barbara Held is a professor of psychology and social studies at Bowdoin College, and the author of Stop Smiling, Start Kvetching. Trained as a clinical psychologist, she practiced therapy for many years. Held lives with her husband on the coast of Maine. Photo Courtesy of Barbara Held hide caption

Listen to Held discuss the overlooked virtues of negativity on Talk of the Nation:

Many Americans insist that everyone have a positive attitude, even when the going gets rough. From the self-help bookshelves to the Complaint-Free World Movement, the power of positive thinking is touted now more than ever as the way to be happy, healthy, wealthy and wise.

The problem is that this demand for good cheer brings with it a one-two punch for those of us who cannot cope in that way: First you feel bad about whatever's getting you down, then you feel guilty or defective if you can't smile and look on the bright side. And I'm not even sure there always is a bright side to look on.

I believe that there is no one right way to cope with all of the pain of living. As an academic psychologist, I know that people have different temperaments, and if we are prevented from coping in our own way, be it "positive" or "negative," we function less well.

As a psychotherapist, I know that sometimes a lot of what people need when faced with adversity is permission to feel crummy for a while, to realize that feeling bad is not automatically the same as being mentally ill. Some of my one-session "cures" have come from reminding people that life can be difficult, and it's OK if we're not happy all of the time.

This last point first became apparent to me in 1986. I came down with the flu accompanied by searing headaches that lasted for weeks afterward. Eventually a neurologist told me that a strain of flu that winter had left many people with viral meningitis. He reassured me that I would make a full recovery, but I was left traumatized by the weeks of undiagnosed pain. I really thought I had a brain tumor or schizophrenia. Being a psychologist didn't help; I was an emotional wreck.

Fortunately it happened that my next-door neighbor was a brilliant psychiatrist, Aldo Llorente from Cuba. I asked him, "Aldo, am I a schizophrenic?"

"Professor," he pronounced, "you are a mess, but you are not a mentally ill mess. You are just terrified."

I told Aldo that two of my friends insisted that I cheer up. I tried to be cheerful for a week, but that only increased my distress. Aldo told me, "You say to them: 'Friends, I would like to be more cheerful, but right now I am too terrified to be cheerful. So I will let you know when I am not terrified anymore.'"

The moment I delivered Aldo's message, I felt better. Aldo had made it OK for me to cope in my own way, to recover at my own pace, to be my own mess of a self. That is when I began to realize that I had been tyrannized by the idea that everyone must always have a positive attitude.

Having flourished in my own authentically kvetchy way, I believe that we would be better off if we let everyone be themselves — positive, negative or even somewhere in-between.