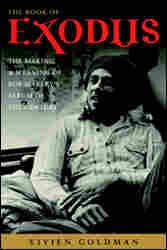 Veteran music journalist Vivien Goldman says it was a response to a politically motivated attempt on Marley's life.

Farai Chideya talks with Goldman, author of The Book of Exodus: The Making and Meaning of Bob Marley and the Wailers' Album of the Century.