Accessibility links
Strangers Become Sisters as Twins Reunite Separated in infancy and given up for adoption, Elyse Schein and Paula Bernstein grew up unaware that they had an identical twin. Their new memoir, Identical Strangers, chronicles their story of separation, reunion and identity. 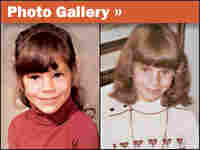 Identical twins Paula Bernstein (left) and Elyse Schein were adopted as infants and raised separately. It was not until they were 35 years old that the two sisters learned of each other. hide caption

See photos of the twins as they grow up.
toggle caption

More on the Twins 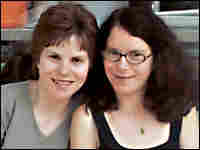 Bernstein (left) and Schein, one week after they were reunited. Random House hide caption 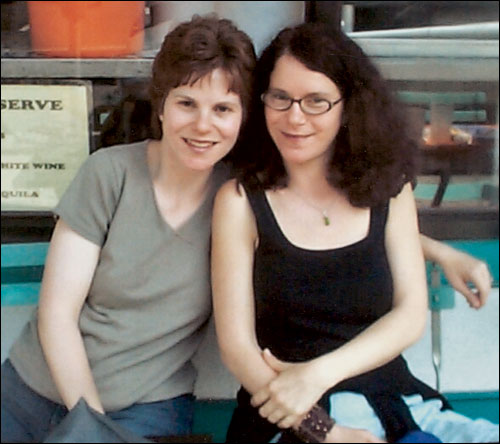 Bernstein (left) and Schein, one week after they were reunited.

Separated in infancy and given up for adoption, Elyse Schein and Paula Bernstein grew up unaware that they had an identical twin. Their new memoir, Identical Strangers, chronicles their story of separation, reunion and identity.

Records from the adoption agency indicate that the identical twins' separation and adoption placement in the late 1960s was connected to a psychological study investigating the effects of nature versus nurture.

Schein and Bernstein were reunited in 2004, after Schein's quest to find information about her birth mother led her to discover that she was a twin.

"Imagine a slightly different version of you walks across the room, looks you in the eye and says 'hello' in your voice..." Schein and Bernstein write.

"Looking at this person, you are able to gaze into your own eyes and see yourself from the outside. This identical individual has the exact same DNA as you and is essentially your clone. We don't have to imagine." 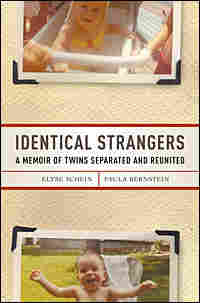 by Elyse Schein and Paula Bernstein

My mother, my adoptive mother, my real mother, died when I was six, but throughout my childhood I believed she watched over me from above. I held the few images that remained of her in my mind like precious photographs I could animate at will. In one, she sat before her dressing table, lining her charcoal eyes, preparing to go out with my dad one Saturday night. The scent of her Chanel No. 5 is enchanting.

I can still see her. She catches a glimpse of me in the mirror and smiles at me, standing in the doorway in my pajamas. With her raven hair, she looks like Snow White. Then, after her death, she seemed to simply disappear, like a princess banished to some far-away kingdom. I believed that from that kingdom, she granted me magical powers.

When I jumped rope better than the other girls in my Long Island neighborhood, I knew it was because my mother was with me. When I went out fishing with my dad and brother, my mother helped me haul in the catch of the day. By sheer concentration, I could summon her force so that my frog won the neighborhood race.

Since I wasn't allowed to attend my mother's funeral, her death remained a mystery to me. When other kids asked how she had died, I confidently announced that she had had a backache. I later learned that her back problems had been caused by the cancer invading her spine.

Along with my mother's absence came an awareness of my own presence. I remember standing in complete darkness in front of the bay windows in our house shortly after her death. Alone, except for my reflection, I became aware of my own being. As I pulled away from the glass, my image disappeared. I asked myself, Why am I me and not someone else?

Until autumn of 2002, I had never searched for my birth parents. I was proud to be my own invention, having created myself out of several cities and cultures. In my ignorance surrounding my mother's death, I amplified the importance of the few facts I had accumulated — she was thirty-three when she died, which I somehow linked to our new home address at 33 Granada Circle. It was probably no coincidence that when I reached the age of thirty-three, after one year in Paris, the urge to know the truth of my origins grew stronger. Turning thirty-three felt the way other people described turning thirty. I felt that I should automatically transform into an adult.

I had recently starting wearing glasses to correct my severe case of astigmatism, which had allowed me to see the world in a beautiful blur for several years. All the minute details I had been oblivious to were suddenly focused and magnified. But even if it meant abandoning my own blissful vision of the world, I was ready to face the truth.

I was working in the unlikeliest of places, as a temporary receptionist in a French venture capital firm in the heart of Paris's business district. Of course, the desire to eat something other than canned ratatouille for dinner had played a part. I assured myself that I wasn't like the suburbanites who commuted every day in order to pay for a satellite dish and a yearly six-week vacation to the south of France.

Initially I had amused myself by observing French business decorum. As the novelty wore off, I entertained myself with the front desk computer. Assuming a businesslike pose, I sat for hours alternating between answering the phone and plugging words and topics into various search engines. I typed in old friends' names and discovered that my classmates from SUNY Stony Brook were now philosophy professors and documentary directors. One had even edited the latest Jacques Cousteau film.

Meanwhile, bringing espressos to hotshots in suits, I was beginning to doubt that my particular path would somehow lead me to realize my own dream of directing a cinematic masterpiece. After college graduation, I had migrated to Paris, leaving New York and my boyfriend behind to pursue the life I imagined to be that of an auteur film director. My Parisian film education consisted of regular screenings at the cinématèque and the small theaters lining the streets near the Sorbonne. Sitting in a dark cinema, I returned to the safety of the womb, united with an international family of strangers.

I wanted to go far away, to become someone else. In the French tongue, my name, "Stacie," sounded like "Stasi," the word for the East German secret police. Wanting a name that could be pronounced in any language, I took Elyse, my middle name. I couldn't change my name entirely, though, for as far away as I wanted to wander, I always wanted to be easily found.

My family still called me Stacie, but not in person because I hadn't seen them in four years. My schizophrenic brother could barely leave his house, much less get on a plane. My absence was convenient for them. I criticized their überconsumerism, while they couldn't understand my reluctance to join them in civilization. Though they would have bailed me out if I couldn't pay my $215/month rent, I wouldn't ask them to. My relationship with my father and my stepmother, Toni, consisted of a biweekly call to Oklahoma, where we had moved when I was eleven.

"Is everything okay?" they would ask.

"Yeah. Is everything okay?" I would echo back. "Everything's okay. The same." The same meant that my nephew was still causing mayhem. My family adopted my nephew Tyler as an infant, when my brother, Jay, and his then girlfriend abandoned him. Struggling with the onset of schizophrenia, Jay and Darla, a seventeen-year-old high school dropout, were in no position to raise a baby. Though I never saw them do drugs, I'd heard rumors that Darla sniffed paint while she was pregnant. Since the moment I snuck into the hospital room and watched Tyler enter the world, I have felt like his guardian angel. I even considered smuggling him into Canada to raise him as my own. Now the child in whom I had put so much hope had become an ornery teenager. The apple had not fallen far from the tree: Tyler had begun to use drugs. Disagreeing with my parents on how to handle him, I was excluded from his life.

The hum of the computer filled the silent office. Monsieur Grange had ordered me not to disturb him in his important meeting, so I was able to hide behind my polite mask while making contact with the outside world via the Internet. On a whim, I typed in "adoption search" and the die was cast. Countless sites appeared. I sorted through them until I found what seemed to be the most reputable, the New York State Adoption Information Registry. Unlike some states and other countries where adoption records are open to adoptees, New York seals adoption records; they can only be opened by petitioning the court. The Adoption Registry allows biological parents, children, and siblings to be put in contact, if all parties have registered. Maybe my birth parents were simply waiting for me to register and I would soon be reunited with the mysterious and formidable characters who had shadowed my life. Perhaps, after searching for many years, they had been unable to find me. On the other hand, as a temp, I certainly was not at the pinnacle of my minor artistic success, and the thought of disappointing these imaginary figures was daunting. Maybe they would reject me again. Or perhaps they wouldn't be fazed at all, having come to peace with their decision years ago. I would be a hiccup in their reality. The scenarios and possible repercussions of my inquiry multiplied infinitely in my mind, a million possible futures.

I filled in a form requesting identifying and nonidentifying information about my birth parents and sent it to the registry in Albany. 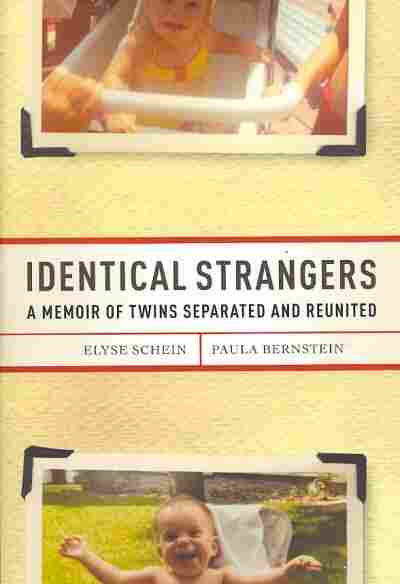 A Memoir of Twins Separated and Reunited

by Elyse Schein and Paula Bernstein