Accessibility links
Exhibit Honors Young Artist Whose Star Was Rising Known for his colorful, short movie "portraits," contemporary artist Jeremy Blake was a rising star in the art world until his suicide this summer. This weekend, the Corcoran Gallery of Art in Washington opens an exhibition of his visually arresting work. 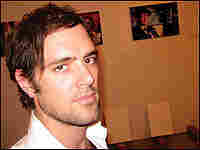 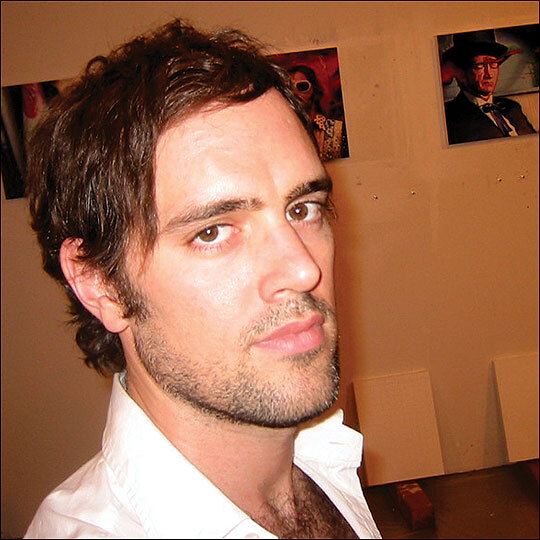 Contemporary artist Jeremy Blake committed suicide in July after his girlfriend — also an artist — killed herself. 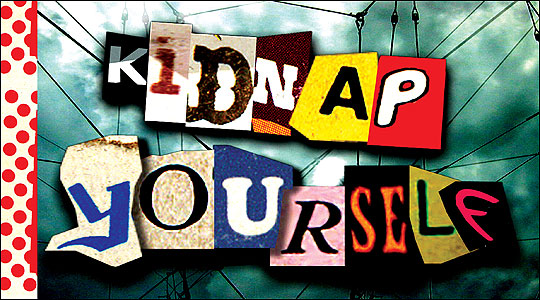 A still image from "Sodium Fox," about poet and singer David Berman. 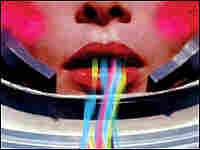 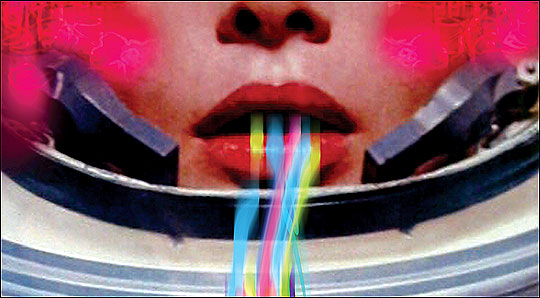 Young, handsome and talented, Jeremy Blake was a rising star in the contemporary art world.

His wildly colorful, short movie "portraits" had sound, narration and a dizzying number of images. The New York Times said the digital animator's work was "an utterly 21st century art form, a hallucinatory bitstream of data."

But last July, Blake, 35, committed suicide just a week after his longtime girlfriend — also an artist — took her own life. This weekend, the Corcoran Gallery of Art in Washington opens "Wild Choir: The Cinematic Portraits of Jeremy Blake," a show that was in the works well before his death.

Corcoran curator Jonathan Binstock says Blake was inspired by his subjects. Malcolm McLaren — the punk impresario who managed the Sex Pistols — was the focus of one of Blake's portraits. Binstock says that Blake admired McLaren for taking risks.

"Jeremy was inspired by his energy, his vitality, his open-ended, creative mindset," Binstock says.

The same description fit the artist himself. Growing up in Takoma Park, Md., Blake visited the museums and galleries in nearby Washington. His mother, Anne Schwartz-Delibert, says he was constantly creating.

"He drew Star Wars starship things for the longest time," she recalls. "When he was little, he went through a phase of drawing mazes, and then he created his own comic book characters. And then he just filled notebooks with drawings when he was in high school."

Blake studied art at the Corcoran Gallery of Art, the Art Institute of Chicago and the California Institute of the Arts. His digital animation caught the attention of filmmaker Paul Thomas Anderson, who asked Blake to design digital sequences for his movie Punch-Drunk Love. Rock musician Beck hired Blake to make a video for his song "Round the Bend." The result was a mesmerizing film featuring fluorescent lines and shapes fusing with photography and drawings of flowers.

Blake was also known in art circles in New York and Los Angeles as the longtime partner of Theresa Duncan, a videogame designer and artist. Binstock says they were an unforgettable couple.

"Theresa and Jeremy were beautiful, glamorous, alarmingly brilliant people who resonated intellectually with each other in the most magnetic ways," he says. "I always felt like I was swimming in deep waters when I was having a conversation with them. And I loved that feeling."

On July 10, Duncan committed suicide using a combination of alcohol and pills. One week later, Blake walked into the Atlantic Ocean off Rockaway Beach in Queens. His body was recovered five days later off the coast of New Jersey.

Poet and singer David Berman, who was the subject of Blake's work "Sodium Fox," says the beach may be a place Blake always saw as a portal to death. Blake was drawn to Berman; both were in their 30s and had a similar sense of humor. When Blake asked Berman to work with him, Berman says he had just come out of rehab after trying to commit suicide.

"I think Jeremy knew he was approaching a guy who had just tried to kill himself," Berman says. "It's almost like I chose death, but for some reason the request didn't go through."

At the end of "Sodium Fox," Blake uses images of a beach that resonate with the circumstances of his own suicide. A grave with a black flag and skull appears on the sand. But the film ends on what seems like a positive — even spiritual — image of a glistening, colorful star superimposed over the water.

"Wild Choir: The Cinematic Portraits of Jeremy Blake," at the Corcoran Gallery of Art, runs through March 2. In New York, the gallery that represented Jeremy Blake, Kinz, Tillou + Feigen, opens a memorial exhibition on Nov. 10.