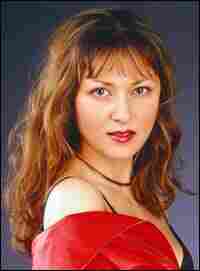 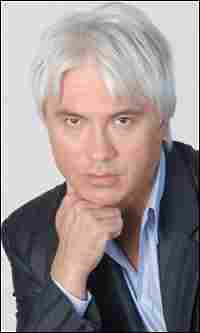 The acclaimed Russian baritone Dmitri Hvorostovsky was born in Krasnoyarsk, Siberia. He made his western operatic debut at the Nice Opera in Tchaikovsky's The Queen of Spades and has since performed in virtually all of the world's major opera houses, including London's Royal Opera House, the Bavarian State Opera in Munich, the Berlin State Opera, La Scala in Milan, the Vienna State Opera, the Metropolitan Opera, the Kirov Opera of St. Petersburg and many others. His most notable roles include the title character in Tchaikovsky's Eugene Onegin, Figaro in Rossini's The Barber of Seville, the title role in Mozart's Don Giovanni, Posa in Verdi's Don Carlos and Germont in Verdi's La Traviata.

Hvorostovsky has appeared regularly in concert with orchestras such as the New York Philharmonic, the San Francisco Symphony Orchestra and the Rotterdam Philharmonic, collaborating with conductors including Bernard Haitink, Michael Tilson Thomas, Zubin Mehta and Valery Gergiev.

Hvorostovsky's many recordings include several recital and aria discs. He recorded Mussorgsky's "Songs and Dances of Death" with Valery Gergiev and the Kirov Orchestra, and his complete opera recordings include Verdi's La Traviata and Don Carlos, Tchaikovsky's The Queen of Spades and Iolanta, and Rimsky-Korsakov's The Tsar's Bride.

Russian soprano Olga Guryakova was born in Novokuznetsk, and studied at the Moscow Conservatory. Her many leading roles include Tatyana in Tchaikovsky's Eugene Onegin, Mimi in Puccini's La Boheme, Desdemona in Verdi's Otello, the title role in Massenet's Thais and Gorislava in Glinka's Ruslan and Ludmilla.

She made her debut in the United States in 1998, at the Metropolitan Opera, singing Maria in Tchaikovsy's Mazeppa with conductor Valery Gergiev. She later performed the same role at Milan's La Scala, with conductor Mstislav Rostropovitch.

Guryakova has appeared at the the Vienna State Opera in Verdi's Ernani and Leoncavallo's Pagliacci, and at the Bastille Opera in Paris in Prokofiev's War and Peace and Dvorak's Rusalka. She has also performed at the San Francisco Opera, the Bavarian State Opera in Munich, the Monte Carlo Opera and the Grand Theatre of Geneva.