Accessibility links
Chuck Close Celebrated in Dance and Print Artist Chuck Close is the subject of a new book and a portrait in dance. He has been called "the most methodical artist that has ever lived in America" and the "reigning portraitist of the Information Age."

Artist Chuck Close has been called "the most methodical artist that has ever lived in America" and the "reigning portraitist of the Information Age." He creates jumbo-size faces on canvas, copying them from photographs. They are painted in a dotted faux pointillist style.

In 1989 Close suffered a stroke which left him paralyzed from the neck down, gaining partial use of his hand with a brace, he learned to paint all over again.

He is the subject of a new comprehensive book by Christopher Finch, Chuck Close: Work. And he's the inspiration for a new dance portrait, C to C (Close to Chuck), which makes its world premiere on October 27 during the American Ballet Theatre's fall season at City Center in New York. It's includes music composed by friend and frequent subject Philip Glass.

This interview was originally broadcast on April 14, 1998. 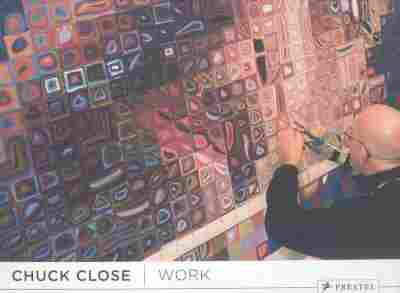