Accessibility links
Minnesota Plan Gives Scholarships for Child Care A new initiative in St. Paul, Minn., aims to make high-quality early childhood education more accessible to low-income residents by providing scholarships. The program is the brainchild of an economist who says it will save the state money. 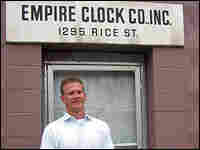 Chad Dunkley, the CEO of New Horizons Academy, in front of a building in Minneapolis that he plans to turn into a daycare center. Larry Abramson, NPR hide caption 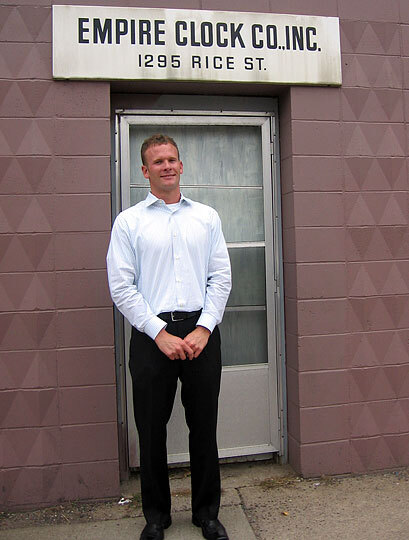 Chad Dunkley, the CEO of New Horizons Academy, in front of a building in Minneapolis that he plans to turn into a daycare center. 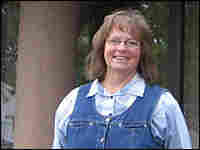 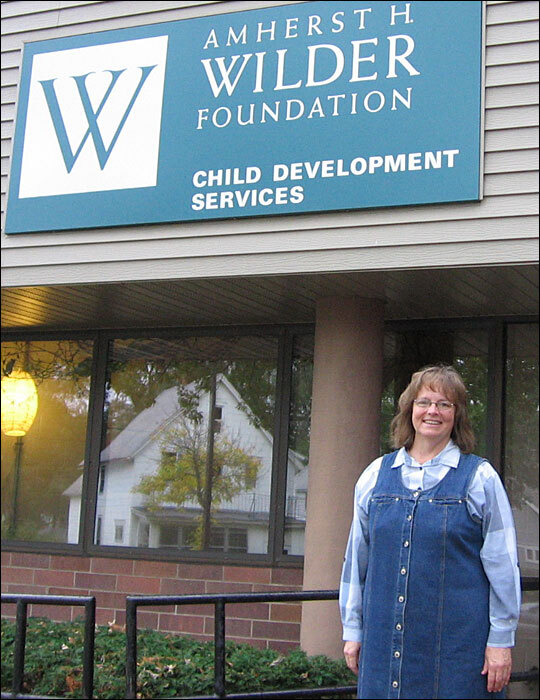 Judy Ohm directs the Wilder Child Development Center in St. Paul, a high-quality daycare center that many people hope will be imitated with the help of new childcare scholarships.

Child development experts say high quality child care can help children avoid problems later in life — from low achievement in school to arrest records. The problem is that the children who need this care the most can't get to it.

Minnesota is trying a new approach by turning to the marketplace and betting that well-funded scholarships for poor children will attract high-quality daycare. The program is not the brainchild of an early childhood expert, but rather of an economist who says this is a good investment that will save the state money.

From Ballpark to Playroom

From his office in the Federal Reserve Bank of Minneapolis, economist Art Rolnick will almost be able to see construction of the new baseball stadium which the city has agreed to build. And if the Vikings get their wish, there will also be a football stadium. As for the economic gains the Twin cities will reap from these projects? "For stadiums, the public return is virtually zero," Rolnick says.

As the director of research for the Federal Reserve Bank of Minneapolis, Rolnick believes there is a much better way to invest those hundreds of millions of dollars: Give the money to city's youngest and poorest residents.

That way, Rolnick says, they can send their 3- and 4-year-olds to a high-quality early-education program in their community.

The government already invests in early education through Head Start, but according to Rolnick, the Head Start program has brought only a limited return on investment because the quality isn't high enough.

Rolnick wants to spend a large amount of money on scholarships — about $10,000 per child. It's not welfare, he says, but rather an economic effort to seed the clouds, to lure the very best daycare — the kind middle-class parents take for granted — to the city's poorest neighborhoods.

Rolnick and others convinced local corporations they had a stake in improving outcomes for poor children. The private sector is chipping in $15 million dollars to fund the scholarships.

On a rundown corner in St. Paul's North End, there is a tired-looking cinder block building that currently houses the Empire Clock Co. It doesn't exactly look like prime real estate, but this building will soon be transformed into the newest location of New Horizon Academy, a childcare chain with 51 locations in Minnesota.

New Horizon Academy CEO Chad Dunkley says the main reason he's thinking about opening a center here is that parents in the neighborhood will soon be able to afford good daycare, thanks to the early learning scholarships.

In recent years, Dunkley has had to close programs because state reimbursement for child care has dropped. But for Art Rolnick's vision, Dunkley's company is the poster child of how to increase the supply of quality childcare.

Dunkley says this North End neighborhood has one of the highest densities of children below the age of 5. "But because current existing state funding resources don't allow families access to high-quality programs, we want to provide [it] in this community," he says. "We know the kids are here, they just couldn't get to us until this scholarship program became available."

Other daycare providers say they are also considering opening new programs in the parts of the city covered by the scholarships. During its initial phase 1,200 kids in targeted neighborhoods will benefit from the program.

But in order to prove Art Rolnick's theory correct, this program has to do more than spend money: It has to reap a huge return by making a big difference in kids' lives. According to the research, that means the quality of care must be very high.

In St. Paul's Frogtown neighborhood, places like the Wilder Child Development Center are hard to find and tough to get into, but the scholarships are supposed to change that.

Director Judy Ohm hopes there will be more centers that offer children what they need, such as sensory tables that change routinely from water to sand, for example. She says there should be "opportunities for children to freely explore things that they don't have to ask permission for."

The scholarship program, offered through the Minnesota Early Learning Foundation, will also try to improve quality by measuring it. Kathryn Tout, a researcher from a company called Child Trends, is developing standards that program overseers will use to measure quality.

As a group of 3-year-olds buzz around her, Tout says there are a lot of basic differences between a center like this one and the homecare settings that many low-income residents use.

"Something that you see a lot is maybe beautiful materials, but not a teacher sitting here on the floor, helping the children look through them, talking with them, having conversations with them," she says.

If Rolnick's experiment works, children who get scholarships and better care will be less likely to need special education, less likely to get arrested and less likely to have all sorts of expensive problems years down the road. Expanding the program state-wide or nationwide will require a lot more money. But the question remains: Will those promised benefits impress citizens and lawmakers the way a new stadium would?