Listen
Krauss and Plant: Opposites Attract on a Sweet CD 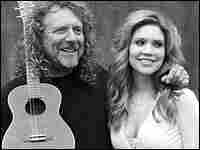 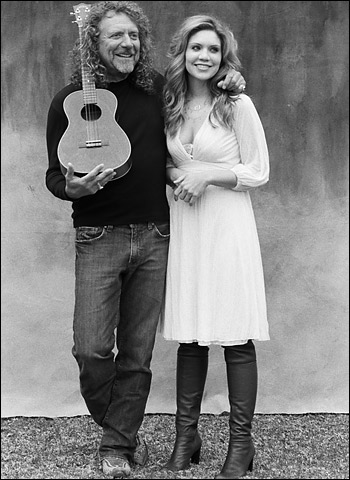 Plant and Krauss Together

Hear a classic from early in the singer's career. 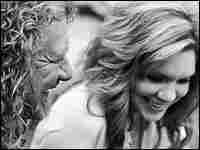 She is the belle of bluegrass. He is a veteran hard-rock hero. At first glance, Robert Plant, former lead singer for Led Zeppelin, and Alison Krauss, the Grammy-winning fiddler and vocalist, seem like an unlikely pair to record an album together.

But the odd couple's new CD, Raising Sand, has already won over many critics. One observed that "they share a keening, a longing in their voices that strips these rock and country songs right back to their haunted souls."

Krauss grew up steeped in traditional bluegrass, but has never been shy about her devotion to rock and pop. Plant has veered from Zeppelin's strong rock and blues roots, performing with nomadic Tuareg guitarists and drummers from North Africa.

Perhaps it's less of a surprise, after all, to find these two adventurous musicians, with their divergent backgrounds, now joined on yet another new path.

The man guiding them is Raising Sand's producer, T Bone Burnett, who said he wanted to push the two singers "outside their comfort zones."

"I didn't believe I could take these songs and give them a fair translation of their delicacy and the emotive elements of the writing," Plant says. "How do I bring that home because it's coming from another place?"

Burnett suggested that Krauss, not Plant, sing Let Your Loss Be Your Lesson, one of the most bluesy songs on the new CD. At first, Krauss says she felt squeamish and "too white." But Burnett encouraged her to sing it with as much soul as she puts into her bluegrass songs.

Although Krauss and Plant sing together on most of Raising Sand, Plant doesn't like to refer to the songs as "duets."

"The term duet," Plant says, "intimates established singers who take songs and make them into some kind of sugar-coated moment. These are adventures, really."

Hear the band perform songs from 'Lonely Runs Both Ways':

Alison Krauss and her band will start a tune again and again until it sounds as good as they imagine it. Krauss and members of Union Station perform at NPR and discuss their desire for perfection with NPR's Steve Inskeep. 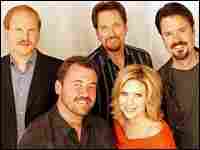 The bluegrass performers have many Grammy awards to their names and were featured in the soundtrack to the popular 2000 film, O Brother, Where Art Thou.

Maybe it's just that quest for excellence, but the band doesn't change its set list on tour, preferring to play the same songs every night. "The songs just get better and better when we go more in depth into the songs as the tour goes on," explains Dobro player Jerry Douglas.