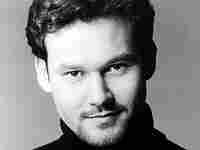 Mariusz Kwiecien has performed Don Giovanni with the Vienna State Opera and the San Francisco Opera, as well as in Houston. hide caption 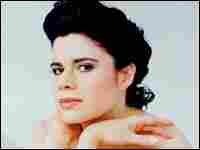 Polish baritone Mariusz Kwiecien performs frequently at the Metropolitan Opera, where in recent seasons he has sung Marcello in Puccini's La boheme, Silvio in Leoncavallo's I pagliacci and Malatesta in a new production of Donizetti's Don Pasquale. He is also an alumnus of the Metropolitan Opera's Lindemann Young Artist Program.

Kwiecien's 2007-2008 engagements include a new production of Donizetti's Lucia di Lammermoor at the Metropolitan, and a performance of A German Reqiuem by Brahms with the Atlanta Symphony and conductor Robert Spano, to be recorded for Telarc. He'll also return to London's Royal Opera House, Covent Garden, for his first performances of Germont in Verdi's La traviata, and to the Lyric Opera of Chicago to sing the title role in Tchaikovsky's Eugene Onegin.

The young Puerto Rican soprano Ana Maria Martinez has won prizes including the Pepita Embil Award, the Placido Domingo International Voice Competition, and first prize at the Eleanor McCollum Awards, and she has performed in leading roles at major opera companies around the world.

Martinez has appeared as Elvira in Mozart's Don Giovanni at Covent Garden, Mimi in Puccini's La Boheme at the Vienna State Opera, and Violetta in Verdi's La Traviata at both Covent Garden and Houston Grand Opera. Her appearances in Houston include Adina in Donizetti's Elixir of Love as well as Juliet in Gounod's Romeo and Juliet. Among her most recent engagements are new productions of Verdi's Simon Boccanegra and Luisa Miller at the Paris Opera.

Martinez has also made numerous recordings, including the Latin Grammy-winning recording of Albeniz's opera Merlin, with Placido Domingo, and the DVD release Spanish Nights with violinist Sarah Chang, Domingo and the Berlin Philharmonic.