Accessibility links
Photographer Diana Walker: An Eye for History For two decades, Diana Walker was the White House photographer for Time magazine, clicking her camera through five administrations. Walker's new book is filled with portraits that go far beyond the usual "photo ops." 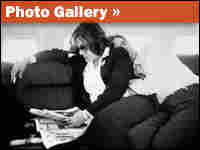 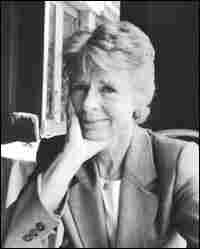 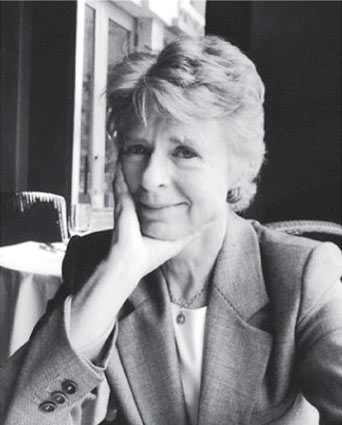 Diana Walker was the White House photographer for Time magazine through five administrations. 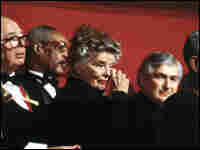 Actress Katharine Hepburn is moved to tears by the tributes paid to her at the Kennedy Center in 1990. Diana Walker/National Geographic hide caption 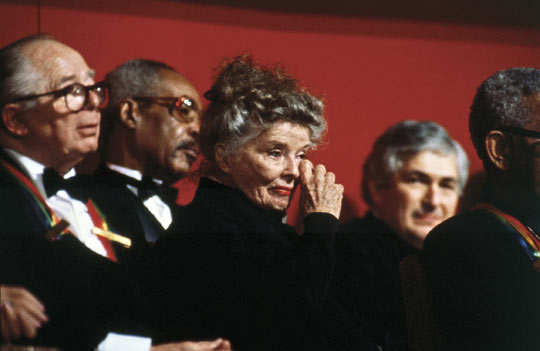 Actress Katharine Hepburn is moved to tears by the tributes paid to her at the Kennedy Center in 1990.

For two decades, Diana Walker was the White House photographer for Time magazine. She clicked her camera through five administrations, capturing moments of history for readers to peruse. Walker's new book, The Bigger Picture, is filled with portraits that go far beyond the usual "photo ops."

Covering John Kerry's 2004 presidential campaign, Walker was invited to come to the front of the candidate's plane. She caught the Democratic senator and his wife Teresa Heinz Kerry in a private moment. Mrs. Kerry was reading a newspaper and wanted to show something to her husband.

"And he went across and sat down next to her, and he looked at the pictures and whatever it was she wanted to show him," Walker says. "And then slowly, he kind of fell asleep, right there leaning against her back."

The black-and-white photo shows just what a campaign takes out of a candidate. It's also a picture of a marriage. And it's Walker's definition of shooting behind the scenes.

"A whole group of photographers couldn't possibly take a picture like this," she says. "It had to be one camera, not more than that."

In an NPR interview at the time, Mrs. Kerry spoke about what it was like to be on the road — and in the public eye.

"You have to be very careful that, yes, it's wonderful but you owe them one," she said. "And what you owe them is your honesty and your vulnerability and your thoughts. Otherwise you're nothing."

And Walker says she was also mindful of her role as a photographer.

"In doing behind-the-scenes pictures, I always would think, 'I get to be here and the public doesn't. I'm here and it is a privilege and I've got to do absolutely the best I possibly can to show you what was going on,'" Walker says.

In another presidential campaign, in 1984, Walker's camera caught Democratic candidate Walter Mondale facing a barrage of reporters at a nighttime airport. The candidate was framed by a thicket of microphone poles, aimed like rifles. And Mondale is a smart, thoughtful deer in headlights.

"I found myself down on my knees right in the middle of this melee," Walker says. She doesn't remember the exact circumstances, but "I can imagine my coming a little late to this event. I stayed on the plane for something, went around the group, couldn't get in, because they were all so close to the candidate, that I went between their legs down on the ground and got below and shot up. That used to happen to me quite a lot."

In 1990, Walker photographed actress Katharine Hepburn receiving a Kennedy Center Honor. In the photo, the great actress sits with the other honorees in a box at the Opera House, wiping away a tear.

Walker is asked whether by taking the photo from so far away, without Hepburn realizing it, that she violated the actress' privacy.

Walker gave her long lens a real workout when she had to — taking hundreds and hundreds of pictures without ever having direct contact with her subject. But her book includes lots of close portraits, too. For those, and to get a more informal image, the photographer chats up her subject and pretends to be listening as she fusses with her equipment.

"I find what is the most effective thing to do is to start them talking and move around," Walker says. "And I also found often that when I said I was finished, I got the best picture ... because they relaxed. And so I used to kind of say I was finished before I was. And it was good!"

In one of her first assignments, Walker photographed designer Bill Blass. Near the end of the shoot, "I thought, well, I've done all I can do ... And so I said, 'Well, thank you so much, it's been terrific.' And he said, 'Uh! Thank God!'

"And he leaned back and he threw his leg up on the couch and there was the picture. All of a sudden, there it was! And luckily, I had film still in my camera. So I always kept film in my camera when I was ready to leave." 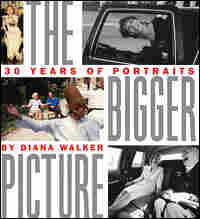 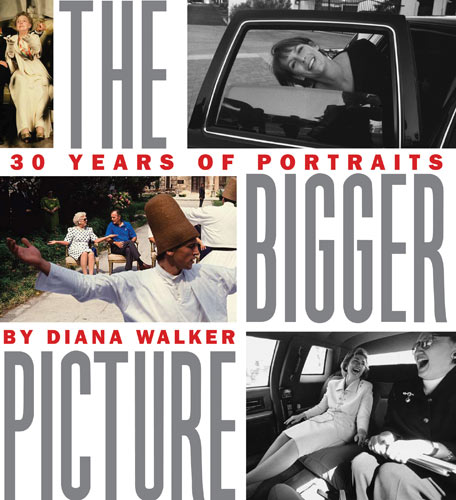 Every man's work, whether it be literature or music or pictures or architecture or anything else, is always a portrait of himself. —Samuel Butler, 1835–1902

I can argue long into the night about what a portrait is, about how much of what we photographers see is truly real, and how much of it is the subject playing to the camera. I can talk technique, I can wonder whether all my chatter to bring out the sitter is worthwhile, or muse about how it is that I ask all these questions but don't really hear the answers since I'm busy framing the picture and adjusting the f-stops. A portrait is a complicated thing, and it seems, by the look of this volume, that I take a very broad interpretation of the word.

Because I work in Washington, there are necessarily lots of photographs of well-known people in this book. However, very little effort has been made to include this famous person or that influential statesman. My editor and my book designer chose these pictures just because they liked them, not because of who was in them. Missing persons can probably be found in the next book, as my archive is large.

I interviewed five individuals for this book, and their words are featured in special sections. They are: Madeleine Albright, Steve Jobs, Karenna Gore Schiff (for her father), Jamie Lee Curtis, and Hillary Rodham Clinton. I have photographed these people in depth over many years.

The different kinds of portraits in this book were taken in a variety of circumstances: There's the shot taken from the back of a riser, using a long lens aimed at a subject who is well aware we photographers and reporters are there; a portrait of a politician shot from the buffer zone below the stage, looking up at him and hoping that your angle beats that of your competition. Then there are pictures made during the reporter's interview, with problems of light and the journalist's mike in the way, or the challenge to capture the author or actor's genius, hoping that his or her gifts indeed will show through. Or studio shots where at last you have control—but is the lighting good, the background neat? There's the excitement of following your subject from pillar to post, only to have the door closed when discretion reigns; or the panic of photographing the President of the United States from "behind the scenes" and suddenly realizing your camera batteries have died; or the disappointment of being poised to go into a fascinating tête-à-tête, and just as you step over the threshold, that perky press aide slips in between you and the door with a "thank you, Diana." "But...but...this is just what I need!" you protest as you are ushered into an empty room down the hall to dream of your lost exclusive moment. Or being assigned to photograph someone you know—which should be a sheer delight—but having to be aware of the minefields when you blur the lines between being a friend and being a journalist. All situations have their perils.

Over the years, as a photojournalist based in Washington, I have encountered all of the above, in spades. But we have chosen here a collection of portraits where mercifully I did have the right lens, the doors were not closed, my cameras had film, my colleagues were helpmates, and my subjects oftentimes seemed to forget I was there. My hope is that I have managed to tell you something about the people I have photographed, perhaps shedding light on aspects of their character you might not have noticed, or reinforcing opinions you already had. I hope you will have as good a time looking at the photographs as I had in taking them; it has been a great ride.

Excerpted from The Bigger Picture © 2007 Diana Walker. Published by the National Geographic Society. 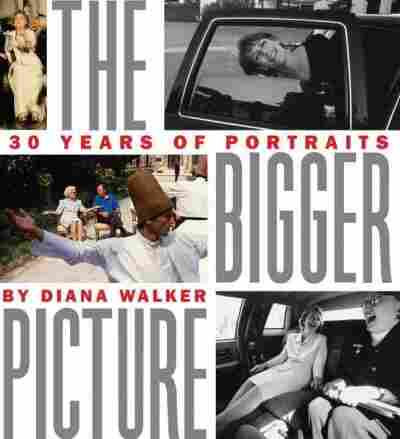