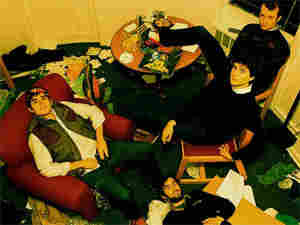 The band strived to capture its Afro-pop fandom in its songwriting, and it did well: Stylish songs such as "A-Punk" blend ska and woodwinds, while "Cape Cod Kwassa Kwassa" invokes African dance music, not to mention lyrics about raging hormones.