Accessibility links
'No Country for Old Men' A drug deal gone bad, a traffic stop gone wrong, carnage so far gone it's off the charts — Cormac McCarthy's 2005 novel has been turned into the sharpest Coen Bros. film in years. (Recommended)

'No Country for Old Men'

'No Country for Old Men' 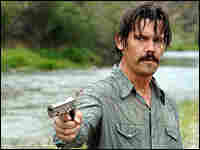 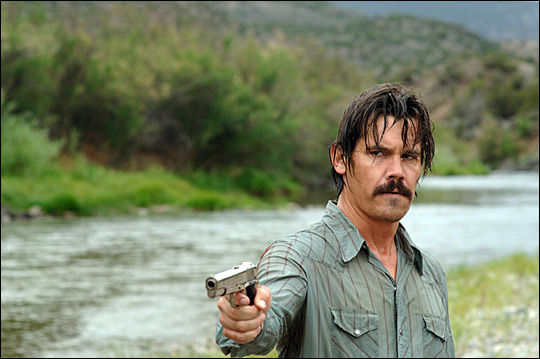 Cormac McCarthy's 2005 novel about American violence — a drug deal gone bad, a traffic stop gone wrong, carnage so far gone it's off the charts — has been turned into the sharpest Coen Bros. film in years.

It's basically a genre exercise, one harrowingly extended chase sequence in which psychopath Javier Bardem trails hunter Josh Brolin, who's found $2 million in the Texas desert near a pile of bodies. Leavened with humor — Tommy Lee Jones cracks wise from the sidelines as a laconic sheriff as things turn ever grimmer — the unpredictable narrative has shocks 'round every plot twist, many of them provided by a reliably eerie Bardem with his slaughterhouse air-gun and Buster Brown haircut.

Still, for a film that traffics in implacable malice, this movie remains remarkably grounded in the everyday. Writer-directors Joel and Ethan Coen use silences (a hotel-hallway sequence will have audiences afraid to breathe) as well as the promise of excruciating violence to ratchet up the tension.

But they also know the value of understatement, at one point dramatizing mayhem with a breathtaking economy simply by having a character check his boots as he steps through a doorway. By that point in this sanguinary film, blood has pooled so often that you know exactly what he's checking for. (Recommended)