Accessibility links
Attitudes, PTSD Complicate Iraq Vet's Job Search When Steve Kraft returned to work after serving in Iraq, he had trouble concentrating. He didn't immediately realize it, but it was a symptom of post-traumatic stress disorder. Now unemployed due to a corporate reorganization, Kraft is once again looking for work. 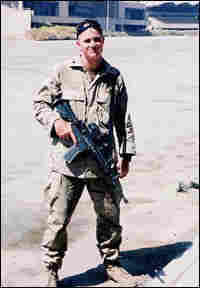 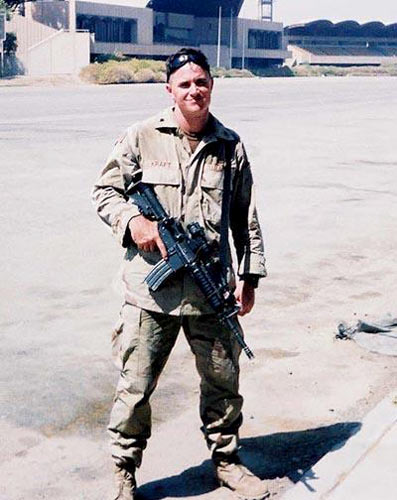 Steve Kraft says his experience in Iraq gave him leadership skills he thinks should make him attractive to employers. 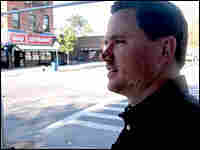 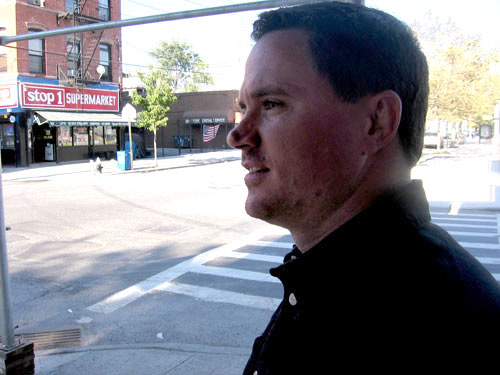 Army veteran Steve Kraft says he never imagined he'd be unemployed after coming back from Iraq.

Steve Kraft, dressed in a crisp suit, recently walked through a vast ballroom in New York at a job fair for veterans. He introduced himself to recruiters looking for human resource managers or someone to run a construction site, and handed out the resumes he kept in a leather satchel.

When he came back from Iraq, Kraft didn't think he would be unemployed at this point in his life.

"I don't like being an 'unemployed Iraq veteran,'" he says. "That sure as hell isn't where I envisioned myself two years ago."

But many Iraq and Afghanistan combat veterans find that it's hard to make the transition back to work. And many, like Kraft, end up unemployed. Young veterans, 20 to 24 years old, have an unemployment rate that's double the national rate. In 2006, it averaged 10.4 percent, compared with a 4.6 percent jobless rate nationally, according to the Bureau of Labor Statistics. (The rate for young veterans varies from month to month. In October, it was a low 7 percent. But in September, it was 13.6 percent.)

Kraft is older. He's 34. But in his job search, he has found that employers often don't know what to make of the job experience people get in the military. Kraft says employers look at his resume, see the three years he was in the Army, "and it's like there's a black hole in my resume."

Today, members of the military make up less than 1 percent of the population. One result is that employers don't know what to make of parts of his military experience, such as responding to suicide bombings.

But to Kraft, that war experience gave him skills he thinks should make him attractive to employers.

"You know, it's like I went away to this great leadership school," he says. "I gained skills. I found things about myself. I learned that in an environment that's unstructured and chaotic and ever-shifting that I function and I function really well and at a very high level. And you don't learn that sitting at a desk in corporate America so much."

Before he joined the Army, Kraft did sit behind a desk in corporate America. He worked in human resources at MTV Networks in New York. But on Sept. 11, 2001, he called his mother to say he was safe and that in the chaos and shock of that day, he had come to a big decision: He would quit his job and join the Army.

His friends at MTV Networks gave him a goodbye party and signed good-luck cards. When he came back from Iraq three years later, he asked for a job back at MTV Networks. The Uniformed Services Employment and Reemployment Rights Act gives veterans like Kraft a right to return to a previous job. That legal right goes back to World War II, a time when millions served in the military and everyone knew someone in the armed forces.

Today USERRA is a forgotten law. Kraft says he had to remind MTV Networks of its obligation to him. After several weeks, he was rehired.

A spokeswoman for MTV says the company did create a new job for Kraft, one that was more senior than the one he held before he left for Iraq.

It was strange to be back. "It definitely felt like a little Rip Van Winkle," he says. While Kraft was fighting in Iraq, his friends moved ahead with their lives.

"Friends that I used to go out with Thursday nights in the city, now are married, with kids, or they're engaged," he says. "They're all managers and directors. And, and I'm not."

And things went sour when Kraft met his new boss, a woman about his age. "I walk into her office and the first thing she says: 'So I heard you were in Iraq. I don't want to hear about it. I'm a pacifist.'"

To Kraft, it was a putdown of his military service. "How am I supposed to respect ... what she tells me to do when she'd made it perfectly, abundantly clear that she didn't respect me and what I did?"

Kraft says that before he went to war, he managed benefits for hundreds of employees, and that he had been promoted four times in three years. So he resented it when he came back and his boss gave him menial assignments, like making copies and booking conference rooms. Sometimes he refused to do them.

After nine months, Kraft was laid off when MTV Networks reorganized. He got a generous severance package.

It's not just employers that can be unwelcoming. Sometimes it's the veteran who struggles to fit in. At least one-third of Iraq vets come home with post-traumatic stress disorder or milder problems adjusting to everyday life.

Kraft is one of them. Looking back at his time at MTV Networks, he realizes he would go to work and have trouble concentrating. Only later would he come to understand that as a symptom of his own PTSD. And only later would he start going to the Department of Veterans Affairs and getting therapy and medication to control his PTSD.

Kraft says he's in much better shape now to succeed in a workplace. PTSD can be managed — just like depression and other mental health issues that millions of other workers manage with therapy and drugs.

Hoping for the Right Job Interview

At the job fair, Kraft did what job counselors advise: He looked for jobs that build on his experience in human resources. And he has been looking for jobs where he thinks his military experience would pay off — like managing a construction site.

"Work on a construction site, it's got a military feel to it," he says. "The skeleton, just watching it go up, it's just the opposite of what I saw when I was in combat. You know, watching something grow from the ground instead of ... showing up on something that had just been bombed."

Kraft knows his life can get back to normal — if he just gets the right job interview. He left the job fair feeling optimistic.

"Things have been turning around. I met a lot of people," he said afterward. He has four interviews lined up over the next several days.