Critic Bill Marx has this appreciation.

BILL MARX: At his best, Mailer was not driven by ego alone. His generation assumed that what novel said had the power to make a difference. Norman Mailer may have abused the privilege, but his career is a valuable reminder of that now anachronistic belief. 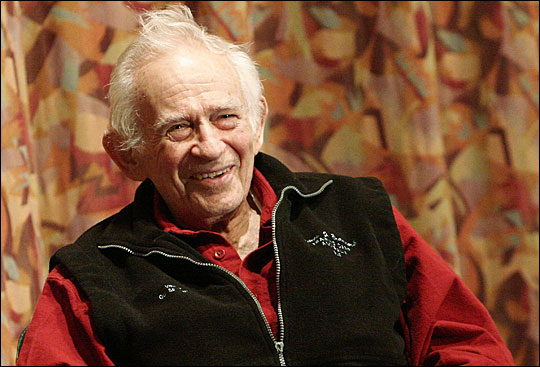 Norman Mailer, pictured in February 2007, wrote novels set in locales from ancient Egypt to contemporary Alaska, alongside journalistic essays on topics as varied as hipster culture and NASA's exploration of the moon. 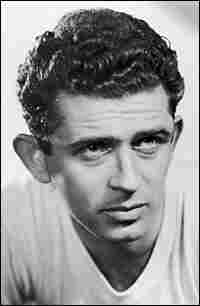 Born in New Jersey in 1923, but raised largely in Brooklyn, N.Y., Mailer published his first novel, The Naked and the Dead, to a chorus of acclaim at age 25. Prolific and not averse to the limelight, he would go on to become known as a biting satirist and an ardent antagonist of the feminist movement. Hulton Archive/Getty Images hide caption 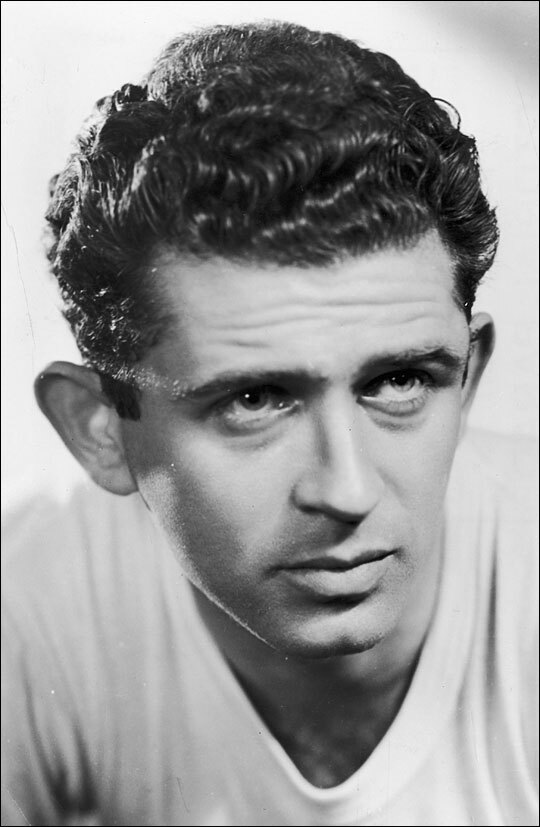 Born in New Jersey in 1923, but raised largely in Brooklyn, N.Y., Mailer published his first novel, The Naked and the Dead, to a chorus of acclaim at age 25. Prolific and not averse to the limelight, he would go on to become known as a biting satirist and an ardent antagonist of the feminist movement.

Mailer In His Own Words

Mailer told the PBS series American Masters that even amid the carnage of World War II, he was always observing, always thinking of how what he was watching might translate to the page.

On 'The Spooky Art' of Writing

Norman Mailer spoke to NPR's Lynn Neary in 2003 about writing both fiction and nonfiction — the process, the emotions involved, and why the effects of marijuana are more conducive to editing than writing.

On Novels as a Dying Breed

At the 2005 National Book Awards ceremony, Mailer said that he felt "the woeful emotions of an old carriage-maker as he watches the disappearance of his trade before the onrush of the automobile."

On Miller, Monroe and Mailer

"[Arthur] Miller and I knew each other a bit. We'd actually had lived in the same brownstone house, when he was writing Death of a Salesman and I was writing The Naked and the Dead. ... [W]e didn't really take to each other enormously, we'd each walk upstairs afterward thinking, that other guy is never going to amount to much, and both of us were wrong.

But the point is, when they moved to the country, five miles away, I just assumed that there'd be an invitation from Arthur to come over for dinner. And ... for a year, some of my friends were invited, we never were. And I never forgave Arthur for that.

And what was my motivation? I wanted to meet [Marilyn Monroe] so I could steal her. Steal her from her husband. And you know a criminal will never forgive you for preventing them from committing the crime that is really in their heart."

In an interview Saturday with NPR's Jacki Lyden, long-time columnist Jimmy Breslin recalls how he came to be Norman Mailer's running mate during the novelist's unsuccessful bid for New York City mayor in 1969.

Breslin on Running for Office with Mailer

Norman Mailer, who burst on the literary scene in 1948 and published his most recent book just last month, died Saturday at the age of 84. Co-founder of the Village Voice, the winner of two Pulitzer Prizes and the National Book Award, he was nonetheless a controversial figure who lived life large.

Indeed, though Mailer has been called one of the greatest writers of his generation, he has also been vilified as an egotistical buffoon who never lived up to the potential he showed in his debut — The Naked and the Dead, a World War II novel based in part on his own experiences as an Army infantryman.

Mailer's second novel, Barbary Shore, was panned by critics. Several publishers rejected his third, Deer Park, and when it finally saw print, it met with mixed reviews. It was a pattern that would continue throughout his career, but as Mailer told Terry Gross in a 1991 Fresh Air interview, he never let his critics get the best of him.

"I am the only major writer in America who has had more bad reviews than good reviews in the course of his writing life," Mailer said. "So that gives me a certain pride, you know. I feel they keep taking their best shot, and they're ... not going to stop me, ya know."

The Writer as Celebrity

Mailer always wanted to be taken seriously as a writer. But his private life often got as much attention as his prose. Married six times, he was jailed briefly in 1960 for stabbing his second wife, Adele Mailer. And his feuds with fellow writers, including William Styron, Truman Capote and Gore Vidal, were infamous. Biographer Mary Dearborn says Mailer was one of the first true celebrity writers.

"This is somebody who aggressively sought out fame," Dearborn says. "He understood the politics of celebrity before anyone else did. The person comparable is Hemingway — who also had celebrity thrust upon him and then came to embrace it."

Mailer always thought of himself as a novelist, but he may have made a more enduring mark as an essayist and journalist. A co-founder of The Village Voice, New York City's fabled alternative newsweekly, he helped invent a new journalistic form: creative nonfiction, which applied the narrative style of the novel to real events.

Both books were well received — Armies of the Night, in fact, won both the National Book Award and the Pulitzer Prize.

Mailer won his second Pulitzer for The Executioners Song, which he described as a "true-life novel" about Gary Gilmore, the first man executed in the U.S. after the reinstitution of the death penalty. Phillip Sipiora, editor of The Mailer Review, says that ultimately Mailer is best understood as a cultural commentator.

"He's always been at the center of a number of cultural storms and issues," Sipiora says. "He engaged the feminist movement in the '60s and '70s. He's been a prolific sports commentator. He's also been a critic of contemporary fiction forms. So in that sense, he's been very influential in a cultural way."

Conflict seemed to be at the core of Mailer's life and his work. Whether writing about war, murder or boxing, he seemed fascinated by the idea of violence But if critics sometimes found this fascination excessive, Mailer never apologized for pursuing life with a vengeance. Everything, he told Fresh Air's Terry Gross, was fodder for his writing.

"You know, if you're just bookish, there's a tendency to get terribly bitter about people who are physical," Mailer said. "My feeling from the beginning always was, if you are going to be a novelist, I've got to be a novelist who can encompass all kinds of experience. Don't ever narrow down the horizons of what you want to write about."