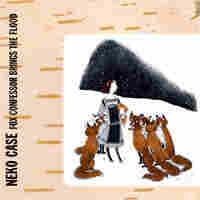 Hold On, Hold On (excerpt)

Things That Scare Me

The Tigers Have Spoken

Hold On, Hold On 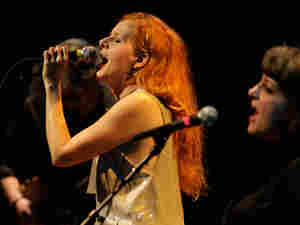 As a singer for the power-pop group The New Pornographers, Neko Case belts out artful tunes with one of the most powerful and seductive voices in rock. Her solo work is steeped more in bittersweet country and gospel. Case combines the best of both worlds in a full concert, recorded live on Nov. 16, 2007, from Walt Disney Concert Hall in Los Angeles, with host Alex Cohen.

Early in her music career, Case played drums in punk bands. But her views on music changed when she heard an obscure spiritual album by Bessie Griffin & Her Gospel Pearls.

"I was 19," Case says. "I was heavily into punk rock, and punk rock was really dogmatic and macho. But this record made me feel like, you know what, these people are singing about something they really care about. These ladies aren't kidding. And they sing about religion with more passion than anybody sings about anything — not about love or sex or violence or anything. It's like their voices are these crazy cannons or something. I wanted to be able to sing like that, because I thought that must've felt really good."

Case has since released half a dozen solo albums. The latest, 2006's Fox Confessor Brings the Flood, is her most popular and critically acclaimed CD to date.