Accessibility links
Lyle Lovett and His Big Band Go 'Large' Grammy-award winning singer and songwriter Lyle Lovett has defied categorization for nearly two decades, bringing together the sounds of folk, jazz, gospel, blues and R&B. Lovett talks about his influences, his inspiration and his new album: It's Not Big It's Large. 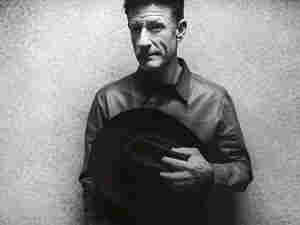 Lyle Lovett has just released a new album: Lyle Lovett and His Large Band, It's Not Big It's Large. hide caption

In It's Not Big It's Large, Lovett's first album release in four years, 19 musicians play together — but without the big-band sound. The new album features wide-ranging instrumentation and a diverse collection of songs.

Born and raised on a ranch in Texas, country music has provided a foundation for Lovett's sound as a musician. He has won four Grammy Awards — including Best Country Album — and has branched out into film and television acting as well.

Lovett's previous albums include Live in Texas, Step Inside this House and The Road to Ensenada.