Listen
New York to Los Angeles in Less Than 32 Hours 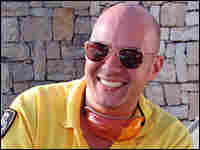 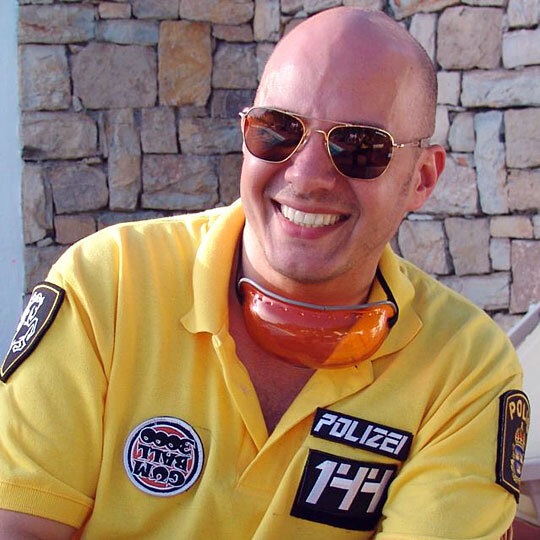 Writer and race car driver Alexander Roy is the author of The Driver.

In his book The Driver: My Dangerous Pursuit of Speed and Truth in the Outlaw Racing World, writer and race car driver Alexander Roy lays out how he drove from New York to Los Angeles in 31 hours and 4 minutes, stopping only six times.

"Virtually everyone who had ever done it in the '70s and through 1983, which was the last cross-country race — the U.S. Express — said it could never be done again," Alexander says.

He talks to Michele Norris about preparing and executing his driving adventure. 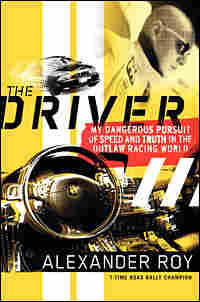 Every Friday and Saturday remaining in March had to be spent testing the [BMW] M5, the new night-vision system, and the power gyrostabilizers for the binoculars and camcorders. I had to test traffic levels, tollbooth wait times, and police-patrol frequencies and locations, from the CCC [Classic Car Club] as far as the New Jersey-Pennsylvania border. I had to determine whether — since the M5 wore different size wheels/tires front and rear — we could or should carry two spares. I had to measure the range and refueling time of the M5's new 35-gallon double fuel tanks, which meant driving the car round-trip to Washington or Boston every week until departure, during which I had to test the fuel transfer speeds of the different pumps used by the major gas-station chains. I had to call every suitable station within our target refueling windows (+/- 50 miles, in case we missed our projected fuel consumption), confirm their pump types and hours of operation (since two-thirds of the run was at night), and only then could I waypoint them in both Garmins [GPS equipment]. ...

I had to test our Travel John emergency urination bags — under race conditions. I had to rewrite my will, brief Alfred and Genia as to what might happen, and what to do if it did. I had to see my mother and brother, in private, separately, to do the same, then apologize at length for having to do so.

I had to test the air-to-ground radios, which required driving to upstate New York when The Weis [a team member and friend] could find time away from Astrid and their newborn son. I feared stepping inside their house and seeing her cradle six-month-old Owen, my godson whom I'd barely seen — for obvious reasons. That any young, successful father would leave, even for 72 hours, to fly a single-engined, Cessna rental cross-country on a dangerous and potentially criminal enterprise, out of loyalty, for free, merely because a childhood friend requested it, made no sense even to me. I wasn't sure I'd do the same, but I had the benefit of being last among my friends on the life-marriage-baby time line, nor did I have any friends crazy enough to make such a request, which saved me from wasting time pondering the hypocrisy of it all.

I had to find a backup pilot The Weis would both approve of and get along with, since I couldn't fathom why his slated copilot — Keith "The Captain" Baskett, part of our inner circle since becoming The Weis's flight instructor fifteen years earlier, who now piloted 747s weekly from New York to Shanghai — would possibly go through with it.

I was the worst among us, and running out of time, so I lied with increasing virtuosity to everyone I knew and met as I networked, trying to find friends — or friends of friends — who worked for major news organizations, would shoot our departure and/or arrival, then sit on the story until some undetermined later date, or, if I failed, a major law or accounting firm that would validate our time as if it were an Olympic event. I had to find out why Rawlings had been in New York at least twice since the prior September, and if he had paid a telltale visit to the Classic Car Club. If Rawlings and the CCC's helpful but unwitting manager, Zac Moseley, had spoken, or if I couldn't convince Moseley to stay open later than in December, I had to find a backup departure location. I had to find somewhere to hide the M5 once in L.A., a location close to the pier yet totally concealed, from which a shipper could retrieve it out of sight from passing traffic, just in case the authorities came looking. I had to rent another car, locate an airport with a regional carrier the police were unlikely to contact during a manhunt, book a flight with the fewest possible stops in states we'd driven through, then arrange for the car's return to L.A. by the fastest method, all at the lowest cost.

And I had to sleep, but what few hours I could were those of the undead.

I had to see my doctor again, so scared was I about my physical state that Dr. Shapiro, a family friend whom I'd known since childhood, to whom I confessed the reason for my visit, didn't believe me, then — based on my longtime hypochondria — rejected a request for my third visit in as many weeks. I sought out Dr. Manevitz — a fellow Moth board member and the only psychiatrist I knew — who specialized in celebrity, government, corporate, and high-stress cases, for my first-ever such visit. He suggested I reconsider my plans, and ordered me to eat better and get more sleep.

And then there was the big one. Nine and I could make it even if Drive-plan .91Beta (Assault -14) was toilet paper, except for a strategic hinge of such magnitude our entire run would fail were it not properly oiled. The drive-plan dictated that PolizeiGround and the all-new PolizeiAir [Polizei is the name of Roy's racing team] intersect for the first time in St. Louis just after dawn, no later than 10 and a half hours into the run, split up only for their respective refuels — to occur simultaneously, if possible — and stay in communication so as to shorten any gap to reinterception. But, outside of the Coast Guard and military, the only organizations with experience managing the cooperation of low-speed aircraft and ground traffic were the very enemies we desperately wanted to avoid: highway-patrol aviation units.

Calling them for advice was inconceivable, so I decided to call them for advice. I called those most feared along our planned route — the Ohio State Police — and inquired (as a writer) about the various distances, speeds, and altitudes at which patrol cars and spotter aircraft communicated. They told me little of use. 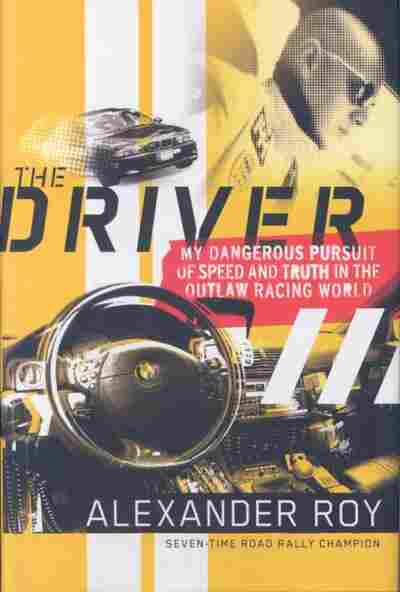