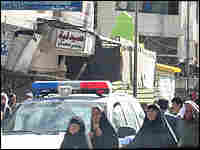 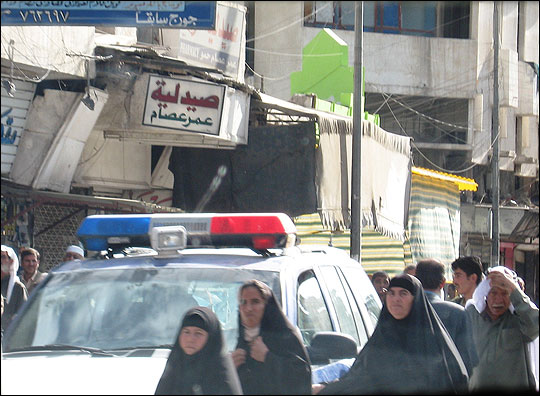 In northern Iraq, insurgents are using Mafia-style rackets and extortion of legitimate businesses to fund deadly attacks on American and Iraqi forces. U.S. military units say they've uncovered a complex connection between insurgent shakedowns, government corruption and crooked businessmen that together pay for the insurgency in Iraq's largest northern city.

Throughout the war in Iraq, the U.S. military has worked to understand how the insurgency is financed. Two big sources of money are clear: kidnapping rings and smuggled cash. Now commanders in northern Iraq's largest city, Mosul, say they've uncovered a network of Mafia-style rackets.

Schemes include extortion and construction kickbacks that pump hundreds of thousands of dollars a month into the insurgency. And widespread corruption is complicating efforts to shut down those funding streams.

One such scheme involves real estate. A few months ago, a local government official informed one unit in Mosul that insurgents had muscled-in on sales of property, much of it government owned.

Commanders say insurgents threatened bureaucrats into signing phony deeds for homes and land confiscated from former Baath party officials who are now dead, in jail or have fled the country.

Insurgents then would sell the illegally obtained property to private buyers and pocket the money. An Iraqi whistle-blower said insurgents had threatened to kill his predecessor and are now threatening him.