Accessibility links
John Waters' Extremely Strange DVD Favorites Ask filmmaker John Waters to name his favorite movies and he'll tell you that just about nothing is off-limits. He says his DVD-watching habits tend toward the strange, the shocking and the exploitative. Oh, and the extreme. 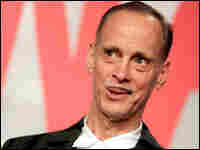 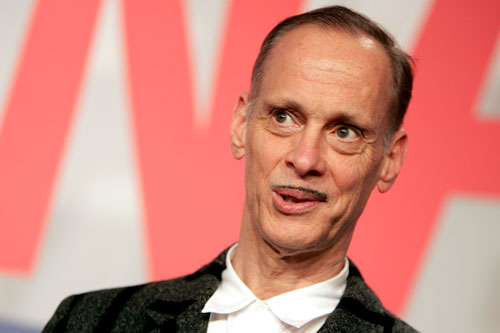 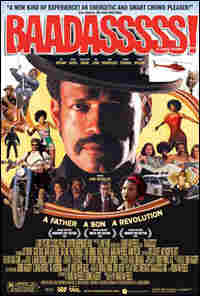 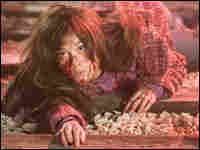 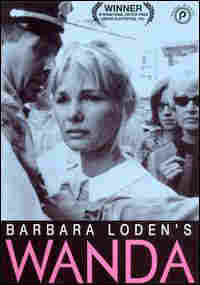 "It's one of the best arty feel-bad movies ever," Waters says of Wanda. Foundation for Filmmakers hide caption

Ask filmmaker John Waters to name his favorite movies and he'll tell you that just about nothing is off-limits. The Baltimore native, best known for Pink Flamingoes and the original Hairspray, says his DVD-watching habits tend toward the strange, the shocking and the exploitative.

Oh, and the extreme.

"I'm looking for extreme behavior that I might never commit but that interests me," Waters says. "And I'm always interested in behavior that I don't understand. I run to that."

Sins of the Fleshapoids (1965), Mike Kuchar, director: Kuchar and his brother George are "very, very famous underground filmmakers. They started making 8mm crackpot melodramas in their mother's Bronx apartment with kind of stolen thrift-shop costumes and soundtracks lifted from Hollywood movies and they're really great.... Sins of the Fleshapoids really shows what an underground movie was.... There is a close-up of an unflushed toilet with ridiculous soundtrack music. They were the first to do vulgarity in an almost opera style."

Baadasssss! (2003), Mario Van Peebles, director: "This is a tribute to blacksploitation films and it's actually a very, very well-reviewed movie.... It is kind of a celebration of the genre that is long gone." Growing up in Baltimore, Waters went to see blacksploitation films at the Town Theater. "Somebody had carved in the door, 'If you come through here, you be kilt,'" Waters says. "And I always looked at that as I went in. It was frightening to go, but it even added to the excitement of seeing it."

Final Destination 3 (2006); James Wong, director: "I think exploitation films have almost vanished...." They "aren't made for any real reason except to make money. But they do it very, very well. They always have violence, they always have action and they always have some bare breasts and a little bit of nudity. Always in these movies, if teenagers have sex they die. That's part of the tradition of it."

Wanda (1971); Barbara Loden, director: "An extreme art movie that has been out of print for many, many years but just came back on DVD.... It's incredibly depressing.... It's about a misfit and I love movies about misfits. It's incredibly acted. It's one of the best arty feel-bad movies ever. Feel-bad movies make me feel good because [they take] me to a world that I'm not in and [show] me how other people live."

The Honeymoon Killers (1969); Leonard Kastle, director: "It's an amazing movie based on the truth." The film, starring Shirley Stoler, is about an overweight, sullen woman "who hooked up with this guy and they would trick lonely hearts ... into having affairs with them and then they would kill them. With the Internet dating today, this certainly could happen again."

Crash (1996); David Cronenberg, director: Not the 2005 Oscar-winning film by the same name but different subject. The NC-17 rated film was "about people who were sexually turned on by car accidents. It's a great movie. I used to play car accident as a child, so it spoke to me.... very arty. This was also either very well-reviewed or very hated by the critics. It caused a lot of controversy."

Head-On (2004); Faith Akin, director: [Waters breaks his romantic-comedy rule here, sort of.] "This a romantic comedy about an insane alcoholic and a completely schizophrenic young girl. It is good and it is sexy and it is very, very moving. It's very, very violent." Two people who are "completely insane ... finally find themselves with each other. And they have their version of happiness. It might not be our version, but they do have some sort of happiness from it."

In A Glass Cage (1986); Augustin Villaronga, director: "The most shocking movie I've ever seen. It's about Nazis. It's about someone finding who tortured them as a child and then having an affair with them. I was really shocked .... I thought, this is going too far. But it's incredibly well done and it's incredibly scary. It's the kind of movie that in any country, censor boards go berserk. And it does cause great, great trouble because it is not only politically violently incorrect, it is incorrect in every possible way, therefore, I think, important."