Accessibility links
Robert Hazard in Concert The songwriter behind the pop anthem "Girls Just Want to Have Fun" helped define the fizzily eccentric persona of singer Cyndi Lauper, but Robert Hazard's catalog runs much deeper. Hear him perform a concert from WXPN and World Cafe Live in Philadelphia.

"Blood On My Hands"

"I Still Believe in You"

"Nobody but the Night" 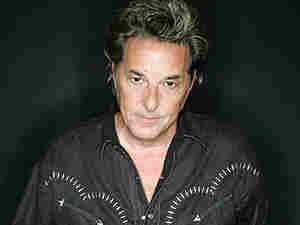 Hazard's most recent songs are far more personal than Lauper fans might expect: They reflect on small but meaningful moments in his life, subtly rendered but tinged with powerful emotions ranging from regret to a parent's love. Hazard's new album is titled Troubadour.