Accessibility links
'I'm Not There' Todd Haynes' quasi-biopic assigns six Dylanesque personae to his cast; some do outright imitations, while others offer symbolic takes. Meanwhile the director cycles through his own stylistic personae. 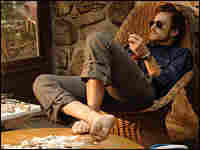 Heath Ledger as Robbie, one of half a dozen Bob Dylan avatars in Todd Haynes' adventurous I'm Not There. Jonathan Wenk/The Weinstein Company hide caption 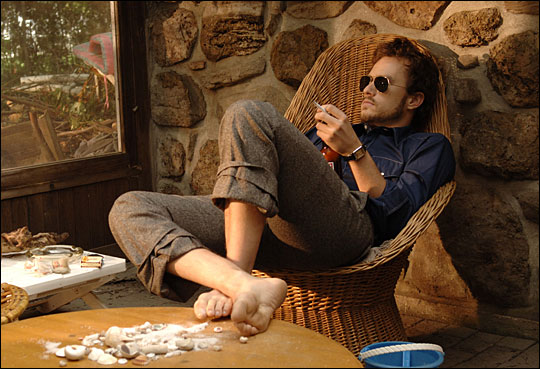 Heath Ledger as Robbie, one of half a dozen Bob Dylan avatars in Todd Haynes' adventurous I'm Not There.

Director Todd Haynes splits Bob Dylan into six personae, trying to get at the folk singer's mystique — and adds a layer or two of mystique in the process.

This is not necessarily a bad thing. We like our pop stars complicated, after all, and no one could accuse the filmmaker of simplifying Dylan, even as he chops him into bite-sized portions for the delectation of Richard Gere, Heath Ledger, Christian Bale, Cate Blanchett and other performers.

And while the director is doing all that, you might say he's exhibiting a few of his own personae as well — Haynes the formalist of Far From Heaven, Haynes the experimenter of The Karen Carpenter Story, Haynes the musicologist of Velvet Goldmine — while around his Dylan-doppelgangers he builds mini-films in the styles of such '60s and '70s auteurs as Fellini, Peckinpah, and Godard.

All of which adds up to what, exactly? Well, more than an art-house jukebox musical, certainly, but less than a musical bio-pic of the sort likely to be embraced by audiences who aren't already deeply familiar with the Dylan mythology.