Accessibility links
Learning True Tolerance As a child, Joel Engardio went door to door with his mother to share the tenets of the Jehovah's Witnesses. The experience led to his belief that tolerance is the foundation of freedom and liberty. 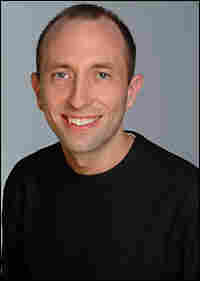 Joel Engardio is a program strategist for the American Civil Liberties Union in San Francisco. He has written for the New York Times, USA Today and other papers. Knocking, his documentary about Jehovah's Witnesses, aired on PBS earlier this year. Photo courtesy of Joel Engardio hide caption

I was raised as a Jehovah's Witness. If I ever knocked on your door when you were mowing the lawn or taking a nap, please excuse me. I understand: A kid with a Watchtower magazine on your front porch isn't a Girl Scout with cookies, but, hey, you didn't have to sic your dog on me.

I believe how we treat the people we dislike the most and understand the least — Jehovah's Witnesses, for example — says a lot about the freedoms we value in America: religion, speech and personal liberty. And all of these freedoms rely on one thing: tolerance.

I learned this as a kid when I went door-knocking with my mom. We were preaching that Jehovah's kingdom was coming soon to solve the world's problems. I prayed no one from school was behind those doors. Dogs I could run from. It was hard enough being singled out as the kid who didn't celebrate Christmas or didn't say the Pledge of Allegiance. There was little tolerance for my explanation that we only worshipped God, and that God wasn't American. There was no tolerance when I told my third-grade class that Santa Claus was pagan and a lie.

Still, I didn't have a bad childhood. Our Saturday morning ministry meant sacrificing my Saturday morning cartoons, but our 10 o'clock coffee break was a blessing. That's when we would gather at Dunkin' Donuts, trying not to get powdered sugar on our suits and dresses, while we told stories and laughed. We always knew when you were "home but hiding."

As a teenager, I decided fitting in at school and in life was worth sacrificing some principles. So I never became a Jehovah's Witness. That was the first time I broke my mom's heart. The second time was when I told her I am gay.

Obviously, I don't agree with my mom's belief that same-sex relationships are wrong. But I tolerate her religion because she has a right to her beliefs. And I like it that my mom doesn't politicize her beliefs. She has never voted for a law that discriminates against gay people, or against anyone who isn't a Jehovah's Witness. Her Bible tells her to love, above all.

My belief in tolerance led to a documentary film I made about Jehovah's Witnesses, and my mom actually likes it. The message is about being open to letting people have views we don't like, so in that sense, it could also be about Muslims, gay people or NASCAR race fans. The point is the people we don't understand become less scary when we get to know them as real people. We don't have to be each other's cup of tea, but tolerance lets a variety of kettles peacefully share the stove.

I believe our capacity to tolerate both religious and personal difference is what will ultimately give us true liberty — even if it means putting up with an occasional knock on the door.