Accessibility links
Slimming Down the Classics Like overeating at Thanksgiving, composers can overindulge on music. Commentator Miles Hoffman discusses the reaction some composers had to the "musical bloat" of the Bruckner and Mahler years. The result was a leaner musical waistline.

Listen
Slimming Down the Classics

A Musical Diet for the Early 20th Century 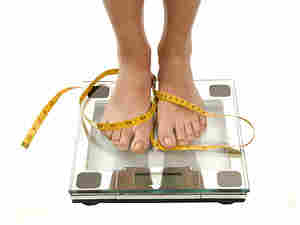 Partly reacting to the massive symphonies of Mahler and Bruckner, composers in the early 20th century tried slimming down their music. hide caption

Feeling a bit guilty about all you ate on Thanksgiving? Classical music commentator Miles Hoffman says composers in the early 20th century felt more than a little bloated after a period of outsized and overstuffed symphonies by the likes of Gustav Mahler and Anton Bruckner.

After reaching for the musical Alka-Seltzer, composers such as Igor Stravinsky (not a stranger to musical gluttony) and Francis Poulenc pioneered a neoclassical movement. For inspiration they looked back to the lighter-weight, simpler sounds of Bach and Mozart.

The result was music with a leaner waistline. But the new trend wasn't only a reaction to the heavyweight sounds of the past.

"What we have to remember is that along the way there was this little thing called World War I," Hoffman says. "And there's no way to be as earnest as one was before. So from warm, evocative music we now get this sense of reserve, of irony, even bitterness."

One of the hotbeds for the new style of music was Paris, which spawned a group of like-minded composers called "The Six." Among them was Francis Poulenc.

"In the music of Poulenc," Hoffman says, "we can hear this idea taken into wittiness, but wittiness combined with great charm and beauty. Also, these composers wanted to include the influence of circus music, popular music and music made by machines."

Has there been a reaction to all the musical dieting? Hoffman says, these days we're in an "omnivorous period."