Accessibility links
Subprime Bailout: Good Idea or 'Moral Hazard?' Saving wounded financial institutions is good for the economy, some economists argue. But others warn against intervention, lest we fall prey to "moral hazard": Bail out someone who has engaged in risky behavior and you're likely to encourage that behavior in the future. 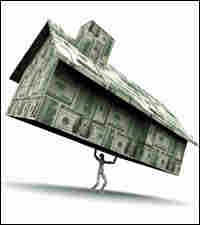 Saving wounded financial institutions is good for the economy, some economists argue. But others warn against intervention, lest we fall prey to "moral hazard:" Bail out someone who has engaged in risky behavior and you're likely to encourage that behavior in the future. Chad Anderson hide caption 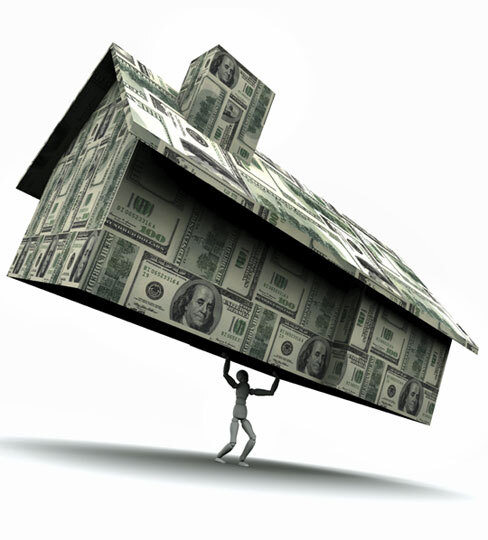 Saving wounded financial institutions is good for the economy, some economists argue. But others warn against intervention, lest we fall prey to "moral hazard:" Bail out someone who has engaged in risky behavior and you're likely to encourage that behavior in the future.

Should the federal government bail out lenders and borrowers caught up in the subprime mortgage crisis? It's a simple question but, like everything else surrounding the high-risk, high-cost loans, the answers are far from simple.

On the one hand, dozens of financial institutions are in trouble; if they falter, so too might the economy as a whole. Home foreclosures are on the rise, and that's certainly not good for anyone—not for the homeowners or the banks or the real estate industry.

Therefore, the argument goes, the government should do everything within its powers to prop up ailing lenders and homeowners, just as they've done in the past with other troubled industries, from airlines to savings and loans.

Not so fast, critics say. What might look like prudent financial first aid is, in reality, bad medicine. It's called "moral hazard," and it's a concept any parent of a 5-year-old can understand: Bail out someone who has engaged in risky behavior and you're likely to encourage that behavior in the future. Or, as The Wall Street Journal once put it, moral hazard is "the distortions introduced by the prospect of not having to pay for your sins."

'A Subsidy for Risky Behavior'

Those opposed to government intervention of any kind in the subprime crisis like to quote industrialist Andrew Mellon, who, during the Great Depression, urged President Herbert Hoover to "purge the rottenness out of the system." In other words, the upheaval in the lending industry might cause some short-term pain but in the end, the economy will emerge healthier.

A federal bailout of shaky subprime lenders would amount to a "subsidy for risky behavior," says Christian Stracke, a senior credit strategist at the research firm CreditSights. "You would encourage future risky lending and borrowing by signaling that in extreme circumstances, the government ... will bail out bad lenders," he says.

"Bailing out the lenders is unconscionable," agrees Kathleen Day, spokeswoman for the Center for Responsible Lending, a nonprofit research group based in Washington, D.C. "They made buckets of money on these subprime loans, and now they need to suffer the losses. In a free market, you should feel the pain" and pay for your mistakes, she says.

Perhaps in a perfect world, but some industries, indeed some companies, are so integral to the U.S. economy that they cannot be allowed to fail — nevermind how they got into trouble in the first place, argue others. The "too big to fail" theory came into play a decade ago, when the Federal Reserve intervened to rescue the giant hedge fund Long Term Credit Management. The fund, initially a huge success when it was founded in 1994, lost more than $4 billion in 1998. The Federal Reserve put together a bail-out by the major creditors to avoid a wider collapse in the financial markets.

The Subprime Crisis Grows and Grows and....

Either way, the stakes are high. More than 90 subprime lenders have gone out of business, according to the Center for Responsible Lending. The subprime losses are already having a ripple effect throughout the U.S. economy.

"The industry has created such a big mess, it's dragging down the whole economy," Day says.

It could get worse.

In coming months, millions of adjustable-rate mortgages will reset with higher interest rates — leaving many homeowners unable to make their monthly payments. Soaring mortgage default rates this year already have shaken major financial institutions; the fallout from more of them, some experts say, could spread into the general economy. That's because the financial system is interconnected. Mortgages are sold to investment firms, which then slice them up and package them as securities based on risk. Then hedge and pension funds buy them. So when a homeowner in Columbus, Ohio, defaults on his mortgage, a retiree in Boca Raton, Fla., might take a financial hit.

Some economists predict the subprime crisis, combined with high oil prices and sluggish consumer spending, could tip the economy into recession. (For the record, the Federal Reserve predicts a slowdown in economic growth next year but no recession. A recession is defined as two consecutive quarters of economic contraction.)

What's more, those risky subprime loans were bundled and sold to investors all over the world, so America's subprime lending crisis is now a global problem — one that has rattled stock markets from Europe to Asia.

In the past, Congress and the Federal Reserve have shown a willingness to rescue ailing industries, and even individual companies. There was the Chrysler bailout of 1979, the savings and loan bailout of 1989, and the airline bailout of 2001, among others. In each of those cases, proponents of intervention argued that the bailouts were necessary to ensure the health of the economy as a whole.

That's the same argument made by some economists now, but not everyone is buying it. "The banking system is in difficulty, but it's not in danger of collapse by any means," says credit analyst Stracke. "It's not as if this is a true emergency."

In fact, the kind of bailout being discussed for the subprime lenders and borrowers is very different from the one that, say, was put together in the 1980s to rescue the failed savings and loan industry. That bailout involved taxpayer money; this one does not.

Rather, under discussion are changes to the bankruptcy laws, the rules that govern the Federal Housing Administration or action by the Federal Reserve. The central bank has already cut interest rates several times in the past few months. That spurs economic activity and softens the blow of the bad loans. Wall Street, and some economists, applauded the interest-rate cuts, but not everyone thinks it was a good idea.

"By encouraging risky behavior, he [Federal Reserve Chairman Ben Bernanke] was asking for trouble—and he'll probably get it," wrote William Bonner and Lila Rajiva, in The Washington Post. "Bad investments do not become good ones just because a central bank lends more money to the investors who made the rash choices."

What about homeowners who signed on to loans they couldn't afford in the first place? Should they be bailed out as well? Should banks renegotiate the mortgages so these troubled borrowers can afford their monthly payments? The answer, some say, is an emphatic no. The concept of moral hazard applies to borrowers as well as lenders, they say. Why should taxpayers foot the bill for homeowners who took out loans they knew they couldn't afford?

Because those borrowers didn't necessarily know what they were getting into, argues former Labor Secretary Robert Reich in his blog. "Many of the mostly poor home buyers who got into trouble did NOT in fact know they couldn't afford the mortgage payments they were signing on to," Reich writes. "The banks and mortgage lenders that pulled out all the stops to persuade them to the contrary were in a far better position to know; after all, they had lots of experience at this game."

Besides, says the Center for Responsible Lending's Day, foreclosures hurt more than simply those who lose their homes.

"Foreclosure depress the value of all surrounding homes, so you end up with this spiral effect," she says.

Day's group is pushing for a change to the bankruptcy laws that would allow homeowners in trouble to renegotiate mortgages on their primary residence. She, like Reich, believes that the onus for the subprime mortgage crisis falls mainly on those who made the loans, not the borrowers who, she says, may not have realized the risk they were taking.