Accessibility links
Chuck Prophet's Songs of 'Soap and Water' Singer-songwriter Chuck Prophet has released a steady stream of critically acclaimed albums in the past 17 years, notably as guitarist with the band Green on Red. He performs songs from his new album Soap and Water in NPR's Studio 4A. 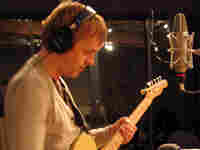 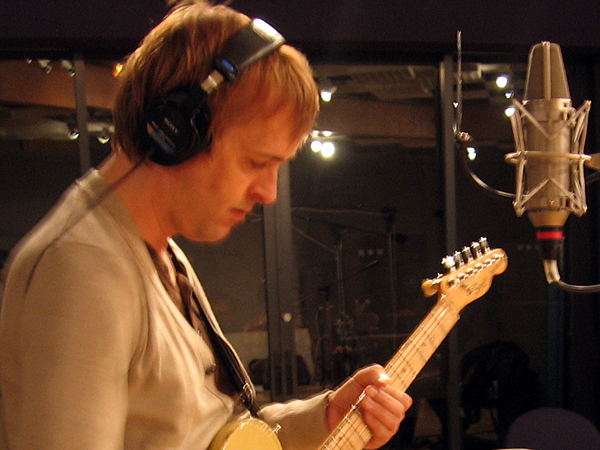 Chuck Prophet in NPR's Studio 4A.

'Would You Love Me' 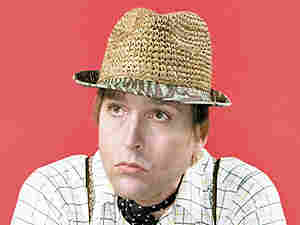 What you may not have heard before is Prophet himself, even though he has released a steady stream of critically acclaimed albums in the past 17 years, notably as the guitarist with the band Green on Red. This year, he released a new CD titled Soap and Water.

Prophet describes putting together an album of songs distinct from one another.

"Well, records are stubborn beasts to wrestle to the ground, and they're not always just the best songs that you have laying around," Prophet says. "I don't know if they're as schizophrenic as people think from one another. Maybe bipolar: I know there's the fast ones and the slow ones. But some songs assert themselves more than others. They just fight to be heard."

Chuck Prophet and his band recently visited NPR's Studio 4A to perform selections from Soap and Water. Between songs, he spoke with Liane Hansen about putting together his songs, as well as his musical upbringing. Prophet grew up in Orange County, Calif., where "if you shook a tree, five guitar players would fall out."

"People often ask me when I started playing guitar, or why, or where," he says. "I came from a pretty nonmusical family. In fact, I begged for guitar lessons, and I ended up getting golf lessons instead."

"Would U Love Me" 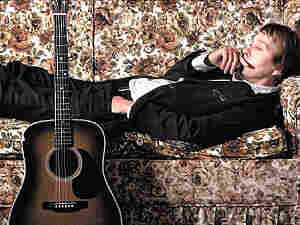 San Francisco-based singer-songwriter Chuck Prophet first made a name for himself in the '80s as the young guitarist in L.A.'s Green on Red. Since then, he's released a string of critically praised roots-rock albums, each drawing on a sound that brings to mind the likes of Bob Dylan and Tom Petty. Hear Prophet perform a concert from WXPN and World Café Live in Philadelphia.

Prophet's latest album, Soap and Water, came out last month. Showcasing the singer's talents for extraordinary wordplay, the album does an impressive job of blurring the lines that separate blues, country and roots-rock.