Accessibility links
'Neruda Songs' Wins Grawemeyer Award Peter Lieberson set love sonnets by Pablo Neruda to music. They turned out to be a farewell gift to his wife, mezzo-soprano Lorraine Hunt Lieberson, who sang the songs' world premiere before she died. Now, the music has won the prestigious Grawemeyer award.

The late mezzo-soprano Lorraine Hunt Lieberson sings the world premiere of the last of the five 'Neruda Songs' in concert with the Los Angeles Philharmonic.

The Composer in Conversation 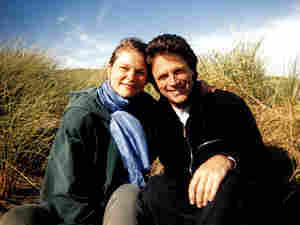 This year's Grawemeyer Music Prize has been awarded to Peter Lieberson for Neruda Songs, a cycle of songs for mezzo-soprano and orchestra based on love sonnets by the Chilean poet Pablo Neruda.

The Grawemeyer Foundation, at the University of Louisville, Kentucky, announced the award Dec. 2. The Grawemeyer is one of the most lucrative prizes in the music world, worth $200,000. Prizes are also awarded in three additional categories: Education, Improving World Order and Religion.

Lieberson composed Neruda Songs for his wife, the celebrated mezzo-soprano Lorraine Hunt Lieberson, who premiered the work with the Los Angeles Philharmonic in May 2005. The songs, which trace the arc of love from first yearnings to the end of life, turned out to be a poignant musical farewell from Lieberson to his wife. Lorraine Hunt Lieberson died of breast cancer in 2006.

Neruda Songs, and the recording by Hunt Lieberson, has been well-received: The CD has just been nominated for a Grammy Award, and the music was runner-up for the 2006 Pulitzer Prize.

"The piece has beauty and surface simplicity," said Marc Satterwhite, a University of Louisville music professor, "but great emotional depth and intellectual rigor, as well."

Peter Lieberson first gained attention as a composer in 1983 when Peter Serkin premiered his Piano Concerto with the Boston Symphony Orchestra. He's the son of former Columbia Records president Goddard Lieberson and ballet dancer Vera Zorina. Lieberson's operas, chamber and orchestral works, and piano pieces have been performed around the world.