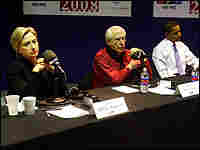 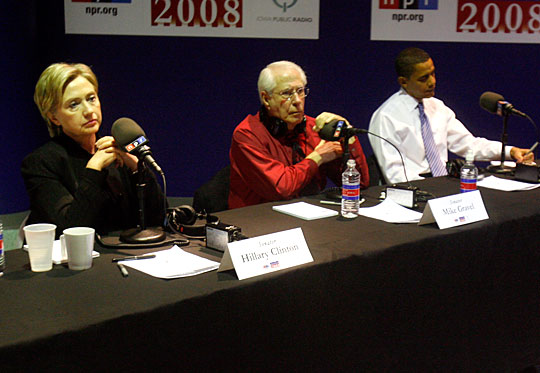 Is there evidence that Iran had a nuclear weapons program? Is there an arms race with China? How have immigrants affected wages?

As Democratic presidential candidates debated Iran, China and immigration at a forum Tuesday sponsored by NPR and Iowa Public Radio, they sometimes raised more questions than they answered. 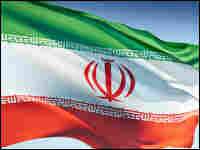 The debate kicked off with the topic of Iran. Björn Kindler/iStockphoto hide caption 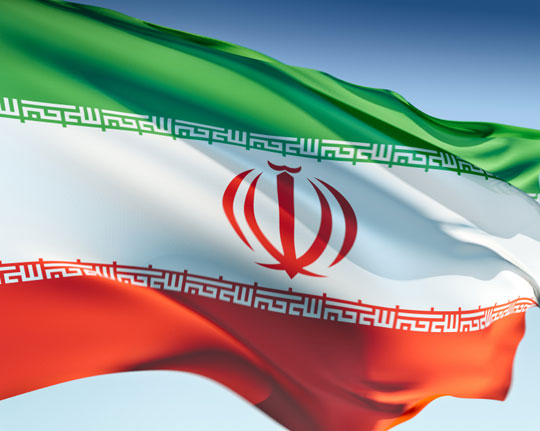 The debate kicked off with the topic of Iran.

The debate kicked off with the topic of Iran. Sen. Hillary Clinton (NY) said none of the candidates are advocating a rush to war with Tehran, but differences do exist in their approaches to the issue. Much of the conversation on Iran focused on Clinton's decision to support a non-binding resolution to declare Iran's Revolutionary Guard Corps a terrorist organization — something the Bush administration did this fall.

Clinton called the resolution an important "stick" that the U.S. could use in its diplomatic efforts toward Iran. And she argued that the move paid off, noting that U.S. military officials who had blamed Iran for supporting Shiite militias in Iraq have since seen a change in behavior.

U.S. officials have indeed said that violence by these Shiite militias is down. But it is not clear what may be motivating Iran.

Sen. Joe Biden (DE) said there is no evidence that the change in behavior resulted from designating the Revolutionary Guard a terrorist organization, and he called the resolution self-defeating, because other U.S. allies distance themselves from it.

For his part, former Sen. John Edwards (NC) questioned how designating part of Iran's military a terrorist organization can be called diplomatic. He accused Clinton of playing right into the hands of President Bush and Vice President Cheney. Clinton called that outlandish.

All the candidates, including Sens. Barack Obama (IL) and Christopher Dodd (CT), said the NIE shows that the U.S. needs to pursue diplomacy in a way the Bush administration has avoided. 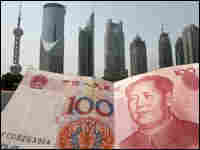 A Chinese 100 renminbi (yuan) note is held up in front of the Shanghai skyline. Mark Ralston/AFP/Getty Images hide caption 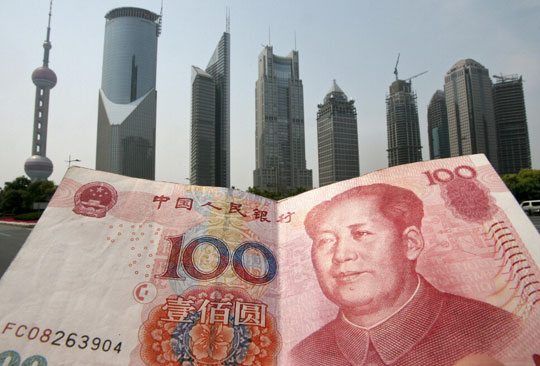 A Chinese 100 renminbi (yuan) note is held up in front of the Shanghai skyline.

The candidates took turns attacking China and warning that the U.S. is at risk of losing its leverage as the dominant player in the world economy. That's a hard argument to support — at least in the short term — because the U.S. is a dramatically larger economy than China.

The U.S. GDP is more than five times as large as China's, and far larger on a per capita basis. The U.S. share in world trade is nearly double China's. And the U.S. has an incomparably larger share of global capital markets, money flows or any of the other metrics used to measure importance in the global economy. China is, certainly, growing at a fast clip and its importance is growing just as quickly. But its economy is still so much smaller than the U.S. that it's hard to imagine China will overcome the U.S. as a dominant economic power in the next decade.

Most of the candidates said that the U.S. has, as former Sen. John Edwards (NC) said, "not held China accountable" under the Bush administration. One can argue about whether President Bush's efforts have been successful, but he certainly has not ignored the issues.

Many in the U.S. are concerned that China manipulates its currency, the renminbi, to keep it artificially low against the U.S. dollar. The idea is that this manipulation distorts global trade in a way that benefits China and hurts the U.S.

Under President Bush, the Treasury Department has held near-constant negotiations with China's finance officials over their currency interventions. The Chinese did revalue the renminbi by a few percentage points. This is nowhere near the 20 to 40 percentage points many want, but it's something.

Another key issue in the debate was over China's export of unsafe goods.

Sen. Obama had the strongest proposal, arguing that the U.S. should ban all imports of toys from China. Others said they would never buy Chinese-made goods for their own children or grandchildren.

It's a bit hard to reconcile these strong views with the facts.

So far, in 2007, far fewer than 1/100th of 1 percent of China's toys exports to the U.S. have been recalled. A majority of the recalled toys had U.S.-made design problems, not Chinese-made manufacturing problems. The few children who are known to have been made sick swallowed magnets that separated from the toy (clothes for a doll in one instance). After press reports blaming China circulated for weeks, Mattel finally apologized to its Chinese contractors and acknowledged that Chinese factories were not at fault in this particular recall.

In short, it's hard to see exactly why this issue has risen to the level of such intense presidential-candidate scrutiny. China does make about 80 percent of U.S. toys.

A total ban on Chinese-made toy exports would probably mean severe shortages of toys in the U.S. for some time, as capacity is built elsewhere. In times of severe shortage, markets generally become so distorted that black markets appear and safety standards disappear. Banning Chinese-made toys would almost certainly lead to a huge rise in unsafe toys. 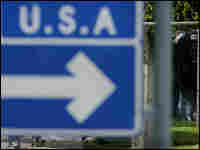 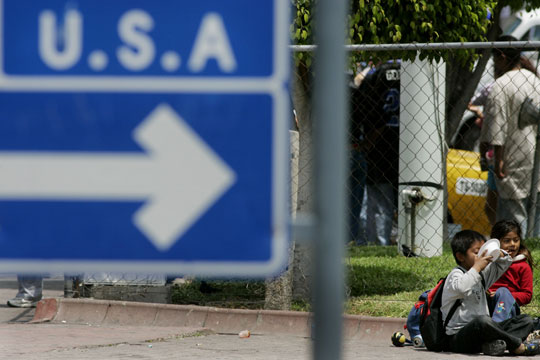 A sign in Mexico points toward the United States.

Former Sen. John Edwards (NC) spoke at length about how immigrant workers are underpaid and taken advantage of, something no one doubts.

At the same time, a good many illegal immigrants are paid market wages that are well above minimum wage, and studies show that more than half are paid on the books, with taxes taken out. Illegal immigrants are thought to contribute around $7 billion each year to the Social Security fund — money they are not eligible to take out when they retire.

Sen. Joe Biden (DE) mixed up some numbers, stating that 60 percent of illegal immigrants in the U.S. are non-Spanish speaking and have overstayed their visas. In fact, 60 percent of the undocumented population is believed to have crossed a border illegally; an estimated 40 percent came on legal visas and overstayed them.

And Biden was not quite right when he said that 60 percent of undocumented immigrants living in the U.S. are non-Spanish speaking. A Pew Hispanic Center report from 2005 found that 60 percent of all the foreign-born in the U.S. are indeed non-Hispanic, but that includes legal immigrants as well. Other Pew reports — as All Things Considered host Robert Siegel pointed out — say that more than half of recently arrived illegal immigrants are coming from Mexico and some 20 percent more from other parts of Latin America.

Sen. Hillary Clinton (NY) noted it would be impractical to deport all 12 million illegal immigrants estimated to be in the U.S. — a statement that even some veterans of the immigration agency agree with. The Immigration and Customs Enforcement agency has been chronically underfunded and understaffed.

While there have been significant increases in manpower under the Bush administration, it still amounts to a drop in the bucket: The immigration agency has just 6,000 officers charged with tracking down 12 million illegal immigrants.

The candidates debated how much and whether illegal immigrants drive down wages, and Edwards noted that studies on the issue are contradictory and confusing.

That is true, but on the whole, studies do agree on this: The main groups hurt by illegal immigrants are uneducated Americans and, ironically, legal immigrants, who compete for low-wage jobs. A number of studies, notably by George Borjas of Harvard University, have found that illegal immigrants drive down wages for this group by 3 percent to 7 percent.

For everyone else, having undocumented workers in the marketplace seems to be either a wash or a slight gain. Some economists note that while immigrants increase the supply of labor, they also increase demand for everything from televisions to rental apartments.