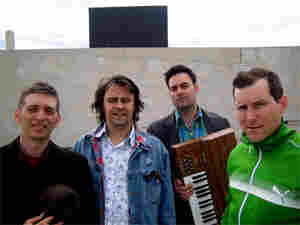 John K. Samson formed The Weakerthans in Manitoba 10 years ago. The former Propagandhi member had left his punk band to start a publishing company, but he wanted to create an outlet to perform once again. The Weakerthans took a more melodic approach than Propagandhi, but retained a political consciousness.