Accessibility links
Jimmy Heath Big Band On JazzSet A gifted arranger and composer whose originals include "C.T.A." and "Gingerbread Boy," Heath has written charts for Chet Baker and Art Blakey. Heath cut his teeth in big bands with Dizzy Gillespie and Howard McGhee, and in this concert from the Blue Note, he's got his own. 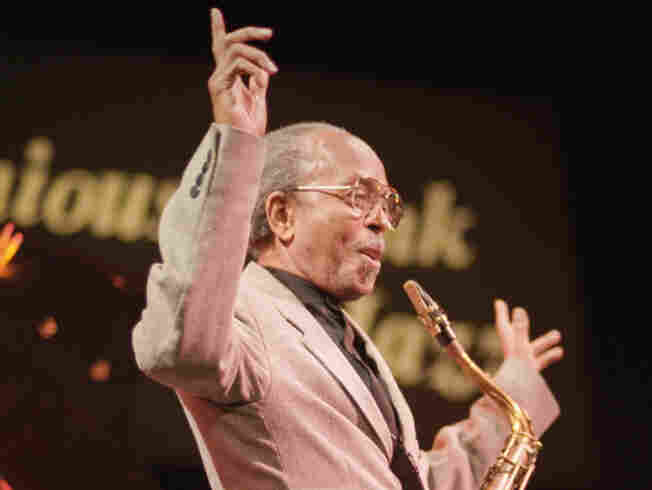 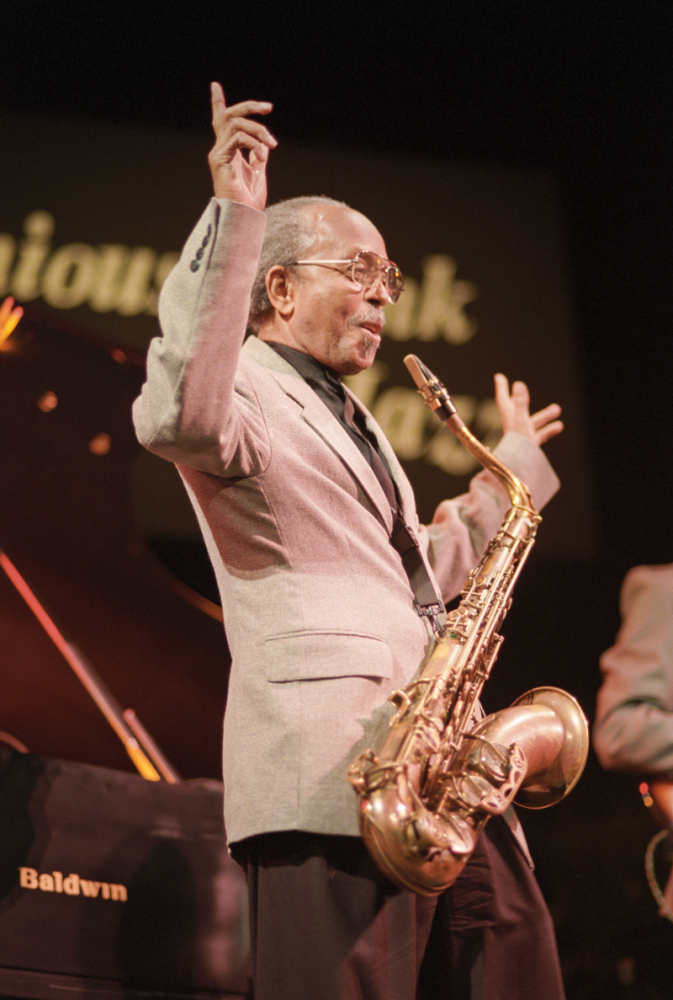 James Edward Heath was born October 25, 1926. For his 80th birthday, WBGO went to the Blue Note in New York to celebrate the Jimmy Heath Big Band album Turn Up the Heath. For his 84th, Heath produced his autobiography, I Walked With Giants. Both of these works have been received with praise.

But it's first impressions that never die. The first time JazzSet recorded Jimmy Heath, at the Telluride Jazz Festival in the 1990s, he growled at engineer Duke Markos, "Make me sound like Dexter Gordon." Which is ironic because Dexter was "LTD" (Long Tall Dexter) and Heath was "Little Bird," a short guy who loved his Charlie Parker.

Heath is a life-long small group player from a legendary family. Brother Percy was the bassist in the Modern Jazz Quartet; brother Albert "Tootie" is a drummer. Jimmy Heath first wrote for his own big band in 1947 in Philadelphia. Then he played in Dizzy Gillespie's big band from 1949 into 1950. Heath still says that Gillespie was the most accessible musician of his caliber that he ever met, and thinks about him every day.

In the 1980s, after becoming Professor Heath of the Aaron Copland School of Music at Queens College, he began writing big band charts of his small group compositions. He has amassed approximately 50 arrangements and suites. His former students from Queens populate the finest bands in the world, including this one.

"The big band is our symphony orchestra," Little Bird says. "It's the biggest sound we get in jazz. You can take a small duet or trio or quartet out of a big band, but the reverse is impossible." (But some might argue that good sextet writing can come close.)

Jimmy Heath's dear friend James Moody is a guest at this party. Their banter and Heath's stage presence in general enhance an hour of organized pleasure for 18 players and a full house, now in Surround Sound on JazzSet.